Ever since he was young, Gareth Stewart, Nourish Group’s national executive chef, has loved being in the kitchen. “My love of cooking started early, making rock cakes with my mum every weekend from the age of eight,” he said. As he got older, his love of being in the kitchen developed into a passion for service and restaurants. 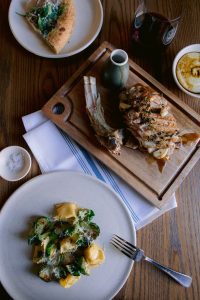 Growing up in Portsmouth in the UK, Stewart got his first experience in a commercial kitchen at the age of 15. “I got my first big break aged 18 when I landed a job at the prestigious Claridge’s Hotel in London.” At just 23, Stewart then joined the team at the Michelin-starred The Greenhouse in Mayfair. In 2007, Stewart relocated to New Zealand and took on the head chef role at Soul Bar and Bistro. Since 2015, Stewart has been in his current position at Nourish Group.

Although Stewart’s background is rooted in classic French cuisine and fine dining, he said that his approach has evolved over the years. “Today, for me, it’s about the guest rather than the food the chef wants to cook. Diners want something fresh, energising and new, with a bit of a story.” He also noted a desire for customers to understand where their food has come from, and that it was farmed ethically and produced naturally. In Stewart’s current role, he has his work cut out for him—he resides over the menus for Nourish’s entire portfolio of pubs and restaurants including Euro, Andiamo, The Brit, Jervois Steak Houses, The Crab Shacks, The Culpeper, Pravda Café & Grill and Shed 5. 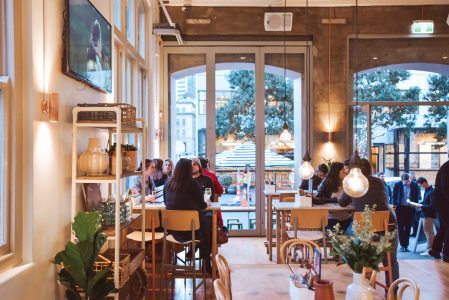 Inside The Brit, Auckland.

“I favour simple food that customers can understand. I prefer ‘no-nonsense’ food, and my style of cooking delivers fresh, exciting flavours while showcasing the very best seafood and other locally sourced ingredients.” One of Stewart’s favourite dishes is curry. “Whether it’s Indian curry full of spice and rich flavours, or Jamaican ‘curry goat’ which delivers heat and flavour as well as nostalgic memories of being with my family.”

A chefs’ time is so often split between long work hours and maximising the use of down-time. Stewart’s is no different. He said that one of the biggest challenges he faces is finding enough time in each day. “My work life is really busy, but my family are my priority, so I relish time spent with my two boys, Harley and Freddie, and my wife, Angela.” To stay educated on cooking trends, Stewart continuously reads, monitors social media, as well as travelling and trying other chefs’ food. He noted that he still gets a kick out of sitting in a restaurant, sampling the menu and taking in the atmosphere, smells and sounds. One of the biggest trends that Stewart mentioned was the shift towards relaxed dining options that can still offer exceptional quality—you shouldn’t have to only eat at fine dining restaurants to enjoy delicious food. 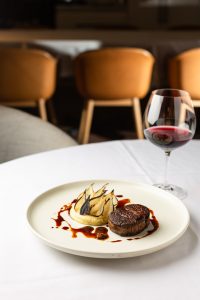 Having worked across the world, Stewart highlighted a few critical differences in New Zealand’s foodservice industry compared to the rest of the worlds. “In the UK, I was trained by sous chefs who would scream orders and put the fear of God in us—there’s a bit of a trend over there for chefs to be mean.” Although he was trained tough, Stewart said that he never had any intention of passing that trait on. Current immigration restrictions are putting many chefs in chokeholds. Stewart said that trained staff are being forced to move out of cities to earn more points for their residency application, meaning they aren’t as available in urban areas. The cost of living is also high, and as a result, Stewart commented that many young chefs are making decisions for their career based on income rather than wanting to learn and work in the best places. “They’re putting money before knowledge, not realising that this only comes after hard work and dedication to the craft of being a chef.”

Acknowledging another popular trend in the foodservice industry, Stewart shared desires to move his team towards zero-waste and sustainability. He also would like to grow his own produce and learn more about the farming process in order to reduce his carbon footprint. “On top of this, I want to help educate young people on the importance of basic, cheap cookery, so that they aren’t reliant on fast-food diets.” 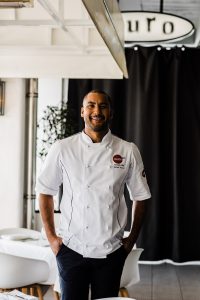 The owner of Cuisine AuntDai in Montreal, Canada just wants to be honest with you. The orange beef? Not very good, especially compared to…