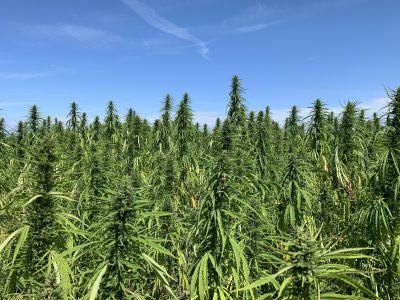 According to Lake, the hemp industry in New Zealand has been toiling in the background since 2006, when laws changed, allowing hemp to be legally grown in New Zealand under a Ministry of Health Industry License. Following last year’s updated legislation enabling the sale of hemp seed for human consumption, the industry shifted into production and development overdrive. “With legislation, the interest and knowledge are growing every day as farmers and consumers realise the benefits and positive impact this can have on themselves, and the world around them.”

Next year, New Zealand will have the opportunity to vote on legislation that could see the legalisation of recreational cannabis use. Recently, Lowell Café in Los Angeles opened, a café in which customers can purchase and consume cannabis products. Although New Zealand is a while away from something similar, many think that properly ordered laws surrounding cannabis consumption would be much akin to alcohol consumption at bars and restaurants—something offering operators another avenue of revenue. In light of this, it’s important to think about the impacts that this could have on the foodservice industry, as well as discussing the misconceptions surrounding the differences between marijuana and hemp.

“We realise that there are two generations who have grown up with the belief that hemp and marijuana are the same plants with the same psychoactive effects. This is simply not true.” The hemp and marijuana plants are cousins and differ in their cannabinoid profiles. Hemp contains little to no THC, and has no psychoactive effects. Lake noted that this is one of the primary focuses for the hemp industry, education, as the many health benefits that hemp provides would plug gaps in diets across the country. Some of hemp’s advantages include high levels of omega-3, anti-inflammatory GLA in the omega-6 profile, and high levels of minerals including iron, zinc, potassium and magnesium. “The effects of introducing this into our diet quickly dispel any question of its benefits and nutritional profile,” said Lake. 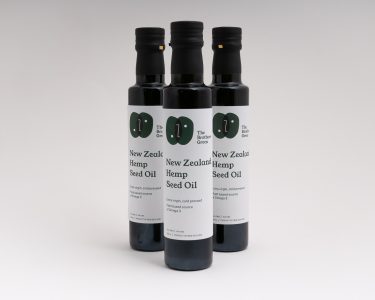 Not only would the growth of hemp help New Zealand’s dietary concerns, but the crop itself is beneficial for the environment. It constitutes a short, three to four-month growth cycle, requires few inputs, requires no sprays or pesticides, and it competes with weeds, reducing the need for any chemicals needed in sowing. Although it requires relatively low levels of water, its deep taproot can utilise the nitrogen that is applied or stored in the soil. “This is where we see the biggest impact from hemp is its ability to diversify New Zealand’s farming system and give farmers another tool to address the regulation and compliance being applied. It can clean up soils and give farmers a chance to enter the high-growth plant-protein market.”

Hemp in the foodservice industry is yet to reach its full potential, however. Lake suggested that unless chefs have worked with it overseas, there is a good chance they will not have had an opportunity to experiment with it. Hemp has many culinary applications, from oils, to dressings, to garnishes, to sauce. “We have seen hemp seeds in pates, hummus, dukkah, falafel patties and sausage rolls, amongst others. It’s going to be an exciting few years as hemp ingredients establish themselves as a common addition to recipes and menus across the country.” 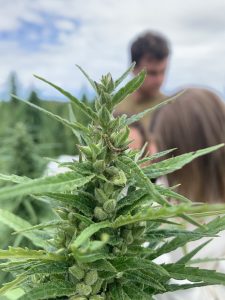 The future of the hemp industry and its collaboration with foodservice presents ample opportunity for growth and learning. “The only other time there has been this much opportunity to establish a new business was when the Internet became available,” said Lake. Although hemp does not see widespread use in foodservice, given its versatile nature, it would allow New Zealanders to benefit from its regenerative powers, its nutritional value, its fibrous utility, and its ability as a medical crop. While it is gaining traction in society now, should next year’s referendum legalise cannabis and make it apart of the above-ground economy, the industry is sure to boom.

If chefs would like to incorporate hemp into their menu, please email sales@thebrothersgreen.co for a wholesale price list and recipe inspiration. 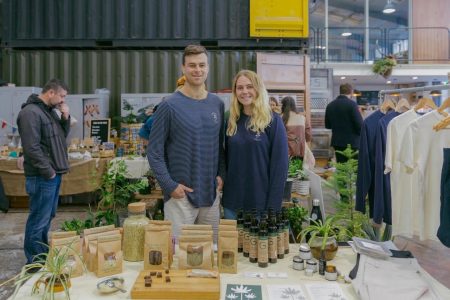