Was it the award-winning flavours? The exciting dairy-free options? Kiwis’ growing love of gelato or the warm, hospitable customer service? Maybe it was a combo of all which led to Little ‘Lato in Auckland’s Wynayrd Quarter being voted the country’s favourite place to buy ice cream.

Bespoke gelato company Little ‘Lato was created in December 2017 by Chief Gelato Maker, Hannah Wood who, along with her team, aims to add a little more joy into every day - it seems Kiwis agree. As part of ‘New Zealand Ice Cream Month’ in February, Kiwis voted for the ice cream or gelato shop they loved the most in the Barker’s Favourite NZ Scoop Shop, choosing Little ‘Lato in the Wynyard Quarter. 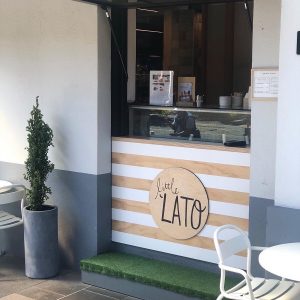 Wood explained the dream for Little ‘Lato was sparked after she received a scholarship to study at the Carpigiani Gelato University in Italy in 2015.

“I’d always loved ice cream but in Italy, I fell head over heels in love with gelato! Gelato still wasn’t that well known in New Zealand, especially compared to other countries around the world, so I was inspired to help Kiwis fall in love with gelato,” she said, adding that flavour creation is her favourite part of the job.

Wood loves the challenge of taking foods and putting them in gelato. Banana & Peanut Butter, Pina Colada, Hot Cross Bun, banana & bacon French toast as well as flavours not expected in gelato, such as Massaman Curry gelato which won the Open Creative Trophy at the New Zealand Ice Cream Awards in 2019.

Little ‘Lato has been a regular winner at the NZ Ice Cream Awards. In 2020 it was awarded the Sensient Technologies Champion Gelato Award for Little ‘Lato, Speculoos Gelato. It collected two trophies in 2019; ‘Best of Nuts’ with Hazelnut Chocolate gelato and the aforementioned Massaman Curry gelato took the ‘Open Creative Trophy’. 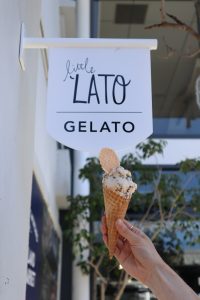 Wood noted that with several friends unable to have dairy, she goes out of her way to ensure they have delicious dairy-free treats, which is why Little ‘Lato has become known for its flavour-filled selection of dairy-free options.

“Barker’s of Geraldine is passionate about creating delicious food and supporting other local food makers, just like Little ‘Lato. As a New Zealand business that grew from our founding family’s innovative spirit, we recognise the hard work and passion which Hannah and the Little ‘Lato team have invested in their award-winning gelato creations.”

We are delighted to announce the finalists in the 2018 Inspire+ NZ Artisan Awards. This year there were over 350 entries including product from…