There must be something in the water in Hawke’s Bay’s coastal settlement of Te Awanga that is contributing to the production of consistently award-winning Clearview Estate Chardonnay.

And that’s not the end of it! The 2019 Beachhead Chardonnay was named Champion Wine of the Show at the NZIWS – out of 2,000 wines entered - and the 2019 Reserve Chardonnay won the coveted Outstanding Wine of Provenance at the A&P Hawke’s Bay Wine Awards.

The coastal position of the company’s vineyards is a major factor in producing wines that are both structural and elegant, as Clearview Estate chief winemaker Matt Kirby explained.

“The Chardonnay grapes for these two wines are sourced from Te Awanga, a sub-region that consistently delivers great fruit. The coastal situation of the vineyards has a huge impact on the grapes and growing season, with more even temperatures and cool afternoon sea breezes. The resultant wine is balanced, refined and elegant. The common denominator in the consistently award-winning wines is our location.” 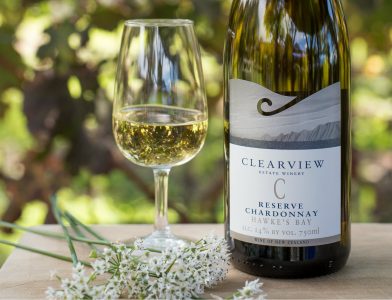 The past week’s haul adds to the already impressive pedigree of Clearview Chardonnay. Since 2016, the variety has been recognised with awards every year, despite the competitions getting bigger, with more entries.

2018 was also a stellar year for Chardonnay at Clearview Estate, with the winery’s 2018 Reserve Chardonnay and 2018 Endeavour Chardonnay featuring in the annual Fine Wines of New Zealand list. The list names 95 wines considered to be the best in the country, meeting “excellence in winemaking, provenance and consistency standards”, and selected by a panel of New Zealand’s top independent wine experts.

Clearview Estate co-owner and founding winemaker Tim Turvey said their Chardonnay is special because of its provenance and history.

Clearview Estate Chardonnays – the Endeavour, Beachhead and Reserve – can be found at the cellar door and good wine stores nationwide.

Almost a decade ago, Tahlea got her start in coffee at McDonald’s. “It just kind of happened,” she told Restaurant and Cafe. “It was…