Originally hailing from Ireland, Fiona Ruane, executive chef of SKYCITY’s main site has been in New Zealand just shy of six years. A travel-lover and a self-proclaimed rock chick, Ruane now commands a team of around 150 staff across SKYCITY’s production kitchens, the casino food and beverage outlets, and the VIP gaming areas.

“I first came to New Zealand in 2011 on a four-month contract at Eden Park to help with the Rugby World Cup,” explained Ruane. “When I went back to London, I returned with the idea of moving out to New Zealand on a more permanent basis.” But Ruane’s love of cooking didn’t start here. “My mum is a fantastic cook and was constantly hosting dinner parties and fundraising events while I was growing up.” Helping her mother in the kitchen helped nurture a desire to experiment and test baking skills, occasionally resulting in “rubber and inedible sponges that the family had to endure,” Ruane joked.

“I got accepted to the Institute of Technology in Athlone, Ireland, where I studied Culinary Arts for two years fulltime and successfully gained my City & Guilds Qualifications.” After that, Ruane was itching to get out and see the world. “I grew up in a tiny village in the Midlands of Ireland—250 people, three pubs, two shops and one school.” Following her tenure at college, she headed to Luxembourg. “I worked in the Garde Manger section of a 5-star hotel where very few of the chefs spoke English. It was tough, with extremely high standards, new techniques and classical dishes, and had the added pressure of service and trying to communicate. But it was something I will always remember and has played a part in defining me and my career.” In addition to Luxembourg, Ruane spent time in New York, being a part of the opening team for the flagship Four Seasons Hotel on Park Ave, as well as doing stints in Australia, and across Europe. 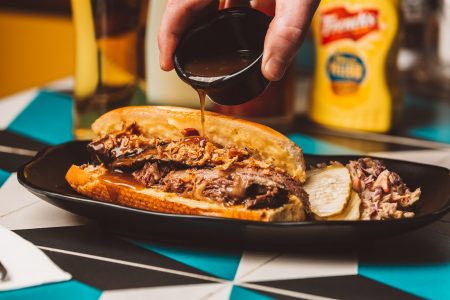 Ruane has carried her high standards into the kitchen at SKYCITY. “I think I can be a pretty tough boss. Some people think that being in a high position gives them the right to respect—I don’t agree. You earn respect, and for me, it’s really important to lead by example, whether it’s a 4 am start, a 13 hour day, a few hours on the grill, assisting the chefs with menu development, or chopping vegetables.” Ruane’s tough, but fair approach can be seen in her passion for her staff. “I take care of the people who work hard, whether it be professional or personal development, it’s important to care.”

SKYCITY does, however, present itself as something unlike many other restaurants and cafés of the world. Ruane described SKYCITY, which boasts hotels, a casino, convention areas, food and beverage areas, and a staff role of over 3500, as “diverse”. “We have a three-year apprentice program where the apprentice chefs get to spend time in a variety of kitchens, which is a great opportunity for them. The business is constantly evolving, and we are lucky to experience a wide range of events, Federal Street festivals, off-site catering events as well as hosting plenty of guest chefs.” Ruane said that this sort of exposure is critical to developing rounded chefs.

Creating and innovating can become difficult for a chef managing such a large amount of staff and kitchen space. We asked Ruane how she keeps creative, and she said, “You have to know your target audience and who you are trying to engage/attract. Ensure you are staying true to your brand and engage your team.” On top of this, she said that dishes need consistency, a high standard that every diner ordering the same thing will taste. Sustainability also featured in Ruane’s methods of innovation; “How can you minimise waste? Are the ingredients local? And what’s the story behind the dish?”

Although Ruane has worked around the world in the hospitality industry, she said that we see the same sorts of issues here as anywhere else—notably staffing issues. “It’s getting harder and harder. Our homegrown chefs are off overseas once they gain their qualifications, and chefs from overseas are training and leaving the industry once they get a visa. Immigration laws are getting stricter. It’s going to be tough filling roles over the next few years.”

“The only difference I see here is the way chefs work with their ingredients seasonally. In the U.S., Europe, or even Australia everything is available, whether it’s in season or not. In New Zealand, you get to have asparagus when its asparagus season, or Bluff Oysters when it’s in season—you are getting to taste the very best of what your ingredients should be.” 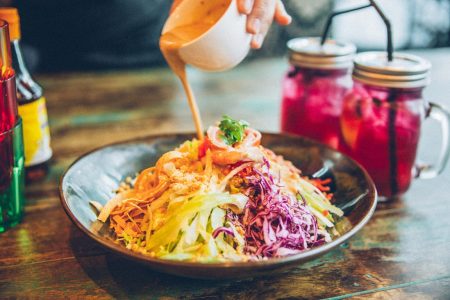 These problems, however, don’t seem to be slowing Ruane. “I think, as a chef, it is important to keep learning and developing your craft.” Ruane’s love of travel has helped her to develop a knack for adaptability. “I take things from the places I visit; it could be a flavour, a plating style, or an ingredient, which I then work into a dish.” Ruane has also subsequently studied a Diploma in Patisserie & Confectionary, as she noted pastry as a weakness of hers. “I have also completed a Professional Sommelier Certificate and successfully achieved WSET to Level 3, along with the French Wine Scholar Guild. Broadening my knowledge helps to bring a different approach when menu writing/planning and teaching junior chefs.”

Ruane discussed the exciting opportunities ahead at SKYCITY. “We have created a Chef’s Club for female junior chefs to help build the talent pipeline, amongst other initiatives.” The club, Ruane explained, helps to provide a network to support one another and to encourage the young chef’s confidence and growth. “The sessions cover a holistic approach to life in our industry and the challenges we need to break through to progress careers.”

Although Ruane’s plate may be full at the moment, she concluded with, “I think there will be plenty of challenges here for the next few years, but one of these days I will pack up and move to France, drink some wine, eat some cheese and maybe cook some good food somewhere…”

Luxury theatre-restaurant brand, iPic Entertainment, has filed for Chapter 11 bankruptcy and seeks either debt restructuring or sale. The Florida-based company was founded in…