The finalists for the Ōra King Salmon Awards have been announced. Phil Clark, from Phil’s Kitchen in Auckland, Makoto Tokuyama, from Cocoro in Auckland, and Mark Diu, from Avon Valley Lodge in Blenheim, have been chosen to progress to the awards ceremony held in Nelson. In addition to these three, chefs from North America, Australia, and Japan will join to compete for the Best Ōra King Dish in their respective countries.

Chef Geoff Scott and food writer and restaurant critic Lauraine Jacobs have visited the six semi-finalists to taste their dishes and learn more about their journey with the competition’s theme, Sustain. “The finalists not only told the sustainability story so well through their dishes, but it was exciting to see most managed to capture the uniqueness of the kai of Aotearoa,” said Jacobs, “The awards provide a great platform for chefs to represent their country and reinforce the terrific part Ōra King salmon is playing in telling the New Zealand sustainability story.” 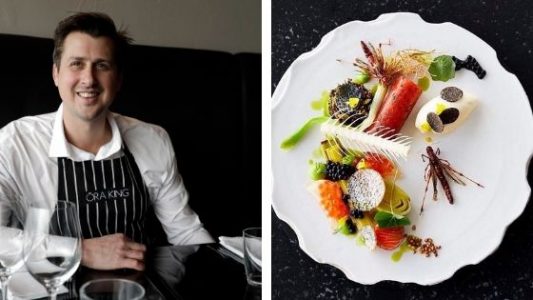 Makoto Tokuyama prepared Reconstructed Ōra King Salmon Ochazuke by combining Hakata-Oshi made with Ōra King salmon sashimi, Japanese daikon radish, dry seaweed, sesame and chives, Hizunamazu with paua, scampi and sea grapes and a dashi broth. Tokuyama’s dish called on his childhood memories of growing up in a Zen Buddhist temple. The ‘Washoku’ philosophy of respecting ingredients sparked his decision to use a locally sourced Ōra King in its entirety. The presentation of his dish drew on inspiration from Auckland’s Harbour Bridge and symbolises the idea of building a bridge to a bountiful future of sustainability. 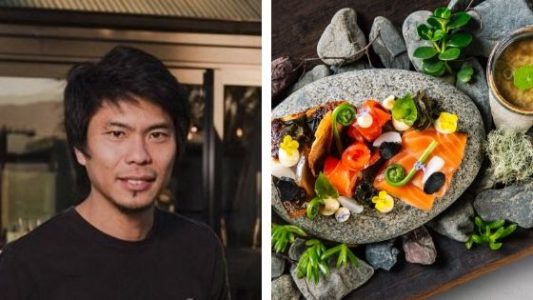 Mark Diu - Mountain to the Ocean

Mark Diu created Mountain to the Ocean, a dish made up of Ōra King salmon head and miso broth, grilled collar, manuka honey and citrus-cured salmon loin, sashimi belly and crispy skin tail. Diu used fresh produce that had been grown, raised and harvested on a local site.

“We believe that every industry has a responsibility to implement sustainable practices and that the food industry specifically has great potential to be a positive force,” said New Zealand King Salmon marketing manager foodservice, Anne-Marie Friis. “For this reason, we called upon our international chef network to share how they are taking sustainability seriously in their restaurants, and it’s a delight to be able to reward the top chefs who entered for their important work and commitments to this cause.”

The finalists will all be flown to the Nelson-Marlborough region for a four-day, all expenses paid celebration in October. The winners will be announced there.

In an effort to raise awareness about the state of men’s mental health in New Zealand, Speight’s is partnering with Movember for the third…