A chance to represent New Zealand in Hong Kong, a year-long ambassadorial role and a $3,000 cash prize awaits the winner of this year’s Lee Kum Kee NZ Developing Chefs Challenge.

With this year’s second-ever New Zealand qualifying contest announced, aspiring young chefs have until 14 August to enter, with finalists set to battle it out in September for a chance to represent New Zealand in the international culinary competition.

Open to all chefs under the age of 40 and either working or training in New Zealand, entrants must first submit a Chinese or Chinese-inspired dish by email and video, using a minimum of three Lee Kum Kee sauces or condiments and a main ingredient of beef, lamb, pork, chicken, salmon or vegetables.

The finalists will be announced Friday 21 August and go on to compete in the New Zealand final in Auckland in September. Held at the Auckland Fish Market in front of a live audience, contenders will have 90 minutes to make and present their dish to a judging panel including Paulie Hooton head chef at the Auckland Seafood School and former head chef at Oyster Inn on Waiheke Island, and Mark Dronjak a seasoned chef with over 40 years in the kitchen and a wealth of published work across radio, newspapers and magazines.

The winner will receive a $3,000 cash prize and a 12-month ambassadorial role and go on to represent New Zealand at the international finals in Hong Kong in September 2021. 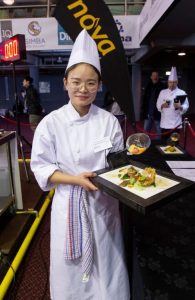 Renowned for inventing oyster sauce over 130 years ago, today Lee Kum Kee is one of the world’s most recognisable makers of authentic Chinese sauces and condiments and has been popular in both commercial and home kitchens across New Zealand since the 1970s.

“New Zealand may be a relatively small player on the global stage, but we have the advantage of a strong tradition in Chinese cooking. Combined with the real innovation we see happening across Asian cuisines here in New Zealand, whether it be Chinese, Thai, Vietnamese, Malaysian, Filipino, Japanese or Asian fusion, we believe there is scope for our local winner to be a real contender,” noted Alisdair Methven, National Key Account Manager, Foodservice for Acton International Marketing - Lee Kum Kee’s sole distributor in New Zealand. 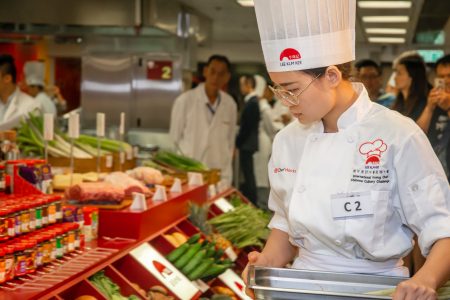 Chefs have until midnight 14 August 2020 to send in their submissions. To request an entry form and terms and conditions, email NZDCC@acton.co.nz