Despite being new, Dunedin's latest distillery, No8 - the first to open in the city since legendary Willowbank Distillery auctioned off their last whisky barrel in 1997 - has a legacy that dates back over four generations, drawing upon treasured family recipes and distilling knowledge.

Established by Michael Wilson & Julien Delavoie, who have already proven the nous of their business partnership with their successful café and venue Dog With Two Tails, No8 Distillery draws upon Julien’s French heritage and experience making gin, calvados, and cider with his grandparents in Normandy. While teetotal Michael brings his flavour extraction expertise from a 15-year background in coffee roasting and brewing, and bean-to-bar chocolate manufacturing. 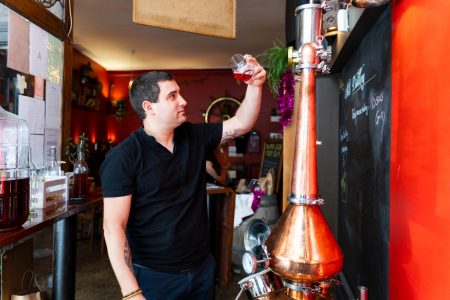 The name No8 Distillery is a tribute to the pair’s Kiwi ingenuity and drive to make things happen. As well as making spirits and liqueurs, they have undertaken all the design work, construction, distilling and are constantly tinkering, coming up with new and, occasionally, better ways of extracting flavours from plants as well as running the business.

Over the past year in the Moray Place window of their café, Dog with Two Tails the pair have been collaborating and testing recipes. Now, after hundreds of tastings and lots of morning headaches, they’re confident of their product and ready to share it with New Zealand and the world. Distilling in the café’s front window is part of their goal to demystify the science and make the art visible for city residents and visitors.

From the shiny, copper still named Thérèse, after Julien’s spirits-making grandmother, Julien has created a unique collection of three very different gins developed to appeal to different palates and moods. 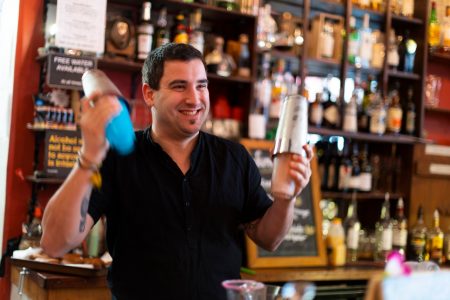 “Everyone has different tastes and different preferences depending on the time of the day and their mood.”

Michael has a keen interest in native plants and their uses in food and medicine. When Julien requires ingredients for the still, he gives the order and Michael heads deep into the bush around Dunedin and Central Otago searching for new flavours as well as the old favourites such as; horopito, tarata, gorse flowers and thyme.

The No8 Distillery Gin Collection is:

Dunners Dry Gin – No8’s vision of what a New Zealand dry gin can be - smooth, bushy & dry. A mix of traditional herbs from the Mediterranean and Aotearoa, blending the culinary histories of Julien and Michael.  On the nose of this gin savour kawakawa and notes of lemon, orange, and grapefruit with a touch of thyme lurking in the background. On tasting, the kawakawa is dominant, but the thyme comes to the fore along with layers of sage, liquorice, and tarata. 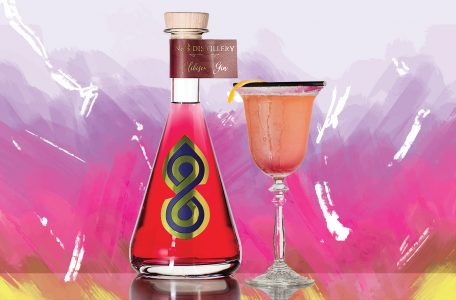 Hibiscus Gin – instantly recognisable thanks to its distinctive pink hue, this gin is fruity, smooth and slightly sweeter than the other two. It’s a unique recipe and naturally coloured by macerating hibiscus petals in the gin following distillation.

Horopito Gin – this gin is remarkable for the separation of flavours as they hit in four waves: First the citrus, then cardamom, then cinnamon and finally there’s the piquancy of horopito. The pair describe it like ‘a rollercoaster for the tastebuds’.

Among the No8 collection is Absinthe -1926, a recipe dating back to 1926 made and passed down by Julien’s family from their family distilling business in France. Flavour-maestro Michael says tasting Absinthe -1926 is like being smacked in the face with a log of soft-eating liquorice. 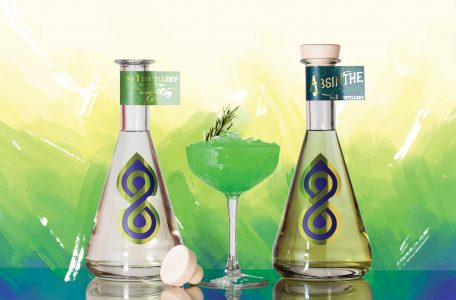 Sustainability and being kind to the environment underpin the ethos that this pair live by and not surprisingly it's entwined in No8 Distillery.

The beautiful No 8 bottles can be refilled and swapped at No8 and receive a $5 return credit. They chose eco paper for their labels and they aim to be zero waste. This means choosing to use second-grade fruit such as apricots and walnuts from Otago Farmers Market, which are often rejected as imperfect by consumers but are full of flavour for spirits making. Where possible they choose organic fruit and ingredients. The botanic mash left after spirits are made goes to a worm farm and any excess fruit is made into marmalade.

A restaurant in the Christchurch city centre, which survived both earthquakes, has been forced to close because of the city’s struggling hospitality scene. The…