In this four-part series, we look at reducing, reusing, and recycling in the foodservice industry. We talk to some of New Zealand's cleanest and greenest and find out what they are doing to keep themselves sustainable.

with KiwiHarvest, and Again Again.

Reusing is perhaps an unusual concept for the foodservice industry. It is hard to think of ways that food can be ‘reused’ without crossing several health and safety borders.

KiwiHarvest is a national fresh food rescue charity that operates across Auckland, North Shore, Hawke’s Bay, Dunedin and Queenstown. KiwiHarvest is built around three core pillars; to rescue surplus fresh food, to educate business and consumers about the food waste problem, and to engage business and community to be part of the solution to end food waste in New Zealand. KiwiHarvest currently works with around 290 food businesses ranging from cafes and restaurants to wholesalers, growers, manufacturers, and supermarkets to rescue good food that they cannot sell. Since 2012, KiwiHarvest has rescued over 2.6 million kilograms of surplus food, equating to roughly 80,000 to 100,000 kilograms per month.

Considering that almost 270,000 children in New Zealand go to school without breakfast, or bed without dinner each day, it is imperative that people are aware of the severity of the situation.

In conversation with Amélie Schoen, KiwiHarvest communications coordinator, it becomes apparent that many people within the foodservice industry do want the change. “We’re aiming to create a food distribution network, where we have big warehouses around the country, that can distribute to the big areas and work with more food businesses and agencies in the area.”

“We see funny things in this industry. For instance, one producer may use the broccoli heads but not the stems, and then another company only need the stems, but both companies are just throwing the other part of the broccoli away. In relation to our pillar of education, we are trying to encourage people to go back to what their grandmothers taught them, how to use every part of the vegetable, for instance; there is no need to throw everything away.”

“At the end of the day, no hospitality business wants to waste food. It’s about creating the logistics, and getting the food onto the right track—as well as educating people. Somewhere in there lies some sort of solution.” 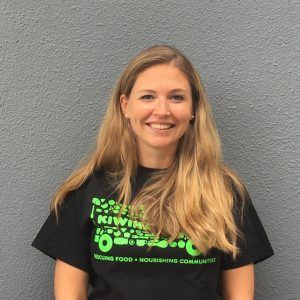 A Wellington-based startup company called Again Again are also looking at ways in which more sustainable practices can be dispersed across the foodservice industry. Again Again has created a fleet of reusable stainless steel cups throughout a network of cafes that customers can use instead of disposable single-use cups. The Wellington launch of the Again Again scheme was met with critical success, with 100 percent of the cafés involved in the free-trial period moving onto the paid, permanent system. Again Again is launching in Auckland in June, and soon Auckland customers will be able to reuse the Again Again coffee cups and minimise waste simultaneously.

Nada Piatek, managing director of Again Again, said, “For [Again Again] to contribute to overall sustainability, we needed to be commercially accepted as well. If 20 percent of a café’s coffee drinkers converted to Again Again cups, the partnership is cost effective. For big companies, the savings can be in the tens of thousands of dollars. The system that we have built has addressed the three main problems involved in sustainability for restaurants and cafés: the waste problem, the convenience problem, and the problem of affordability.”

“New Zealand sends around 295 million disposable cups to landfill every year. In Australia, it’s around a billion. This is why we have designed a reusable cups-as-a-service system for mass adoption.”

Schemes like Again Again and KiwiHarvest that target specific sectors of the waste problem encourage change through direct action. Despite the need for conscious consumption and education surrounding reducing and reusing, there is still a need to address the solution to waste in its “greenest” form—recycling. 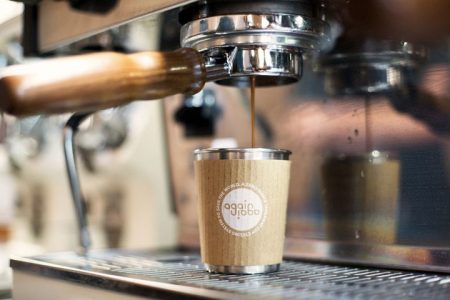 Sugar Rebels is Nick Makrides’ idea of how baking should be—cakes, cupcakes and macarons. This book contains Makrides’ most delicious and sometimes outrageous recipes,…