After a cracking first few months in the market, Odd Company, the interesting RTD brand launched in New Zealand in February, has introduced a delicious new flavour variant to its range.

Named ‘The Total Package’ this one's naturally good at everything and strikes the perfect balance of sweetness and refreshment. The Total Package is a light, fresh take on a summery white rum cocktail with a sweet but delicate pineapple flavour, cut with the sharpness of lime and subtly rounded with tropical cues of coconut.

The Total Package makes a perfect new addition to the suite of Odd Company products, which Kiwis are embracing.

“Kiwis clearly like the new brand, so we thought it was time to introduce a new flavour to the Odd family. The Total Package is one that's got it all, the smarts, the looks, and the chat. It is packed with tropical flavour, yet only has approximately 2.1g of sugar per 100mL – which is about half the sugar compared to the rest of the range (which was already on the lower side compared to the RTD market).”

“Rum was a natural choice for the new variant, as it is the second most popular spirit used in RTD launches. Odd Company might look and sound a little different to those other drinks you put in your mouth, but that’s the point, because we make Odd, and Odd always makes interesting,” concluded O’Donnell. 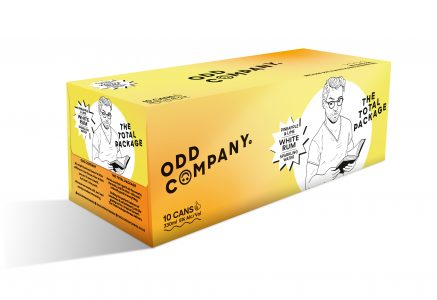 For those lucky enough to live in Auckland, Petal has been a household name in the cupcake business for nearly a decade. After a…