Rob Ottrey, of Cardrona Merino Lamb, grew up on a farm and completed his degree in Resource Management. After a postgraduate degree at Otago in Tourism and Business Planning, Ottrey began working in a sales role in Auckland, which then took him to Sydney. However, Ottrey felt disconnected from corporate life and didn’t like the rat race that he had found himself in. “To me, business is about the function of the community; it’s about the function of the market for everyone to gain from it,” Ottrey said. “I had grown up simply, in the country, where we’d help each other sort stuff out.”

After Sydney, he went around the world with a tent on his back — doing everything from shearing sheep in eastern Europe to working a chainsaw in Serbia. Returning to New Zealand, Ottrey became a self-professed hippie. “I went rock climbing all the time and spent two and a half years building a house truck and all.” Through a friend, Ottrey got the chance to work with the then recently started business of Cardrona Merino Lamb. Ottrey fell in love with the lamb and the people.

“I started doing Cardrona Merino through the Farmer’s Markets, and I quickly realised that everyone loved the product as much as we always did on the farm. However, there wasn’t an adequate business model around it.” When his business partner moved overseas, Ottrey assumed control of the company and looked to pull it apart and start doing things to fit systems and structure. From there, passion became an obsession, and he dove head-first into the trade.

When Ottrey initially joined the industry, he didn’t think that New Zealand was selling the world’s best lamb. Thinking about the tourists coming here, and their desire to eat the best lamb, Ottrey set out to create a truly quality product — the best possible lamb.  Things were tight for Ottrey, who at that stage was living off the Farmer’s Markets and spending any extra money on the business. “After ten years, it’s hard to tell if I’ve actually got anywhere,” he said. “Well, I have a group of about six really cool farmers that represent what I consider day to day community leaders. They don’t stand on a soapbox and wave to the crowd, they just get on with it.”

Ottrey has an exceptional craft cut butchery who look at every lamb and hand-cut specifically for the customers’ needs. His craft cut butchery employs a full-time team as opposed to the seasonal labour force who usually know just one specific cut. “Our butchery also provides this service for other niche market producers in the industry in the hope that others can grow and sell their best to the community.” The butchery stands out because it is all about the land, honouring the animal’s life, and the farmer and workers from their community — it’s perfect for the conscious consumer.

The reality of the industry is perhaps not as idyllic as it sounds. “The New Zealand red meat industry has no place for people like me — smaller niche providers. I’m competing with overseas money, wealthy farmer money, and I have to be able to pay the same prices for lamb with a much higher cost structure to process the same lamb. I’m probably the only person that has done this for ten years with lamb. Certainly that I know of.” Ottrey’s products stand in a category of their own in terms of quality and passion, though. Lamb is usually fast-grown, and the faster you can grow it, the quicker you get paid. Merino lamb from the high country, however, that is grown for a lot longer and eats native grasses containing a lot more fibre and texture, results in produce that is unrivalled in quality. Smaller suppliers like Ottrey are important, otherwise, the big players in the game will sell everything, and every menu will end up looking the same. “We advocate for things to be done by taste, and community benefits, not what lines up on an Excel spreadsheet.”

His story is a genuine representation of the ‘paddock’ part of paddock to plate. Restaurants that understand the importance of provenance need not look further for a supplier that embodies sustainability and ethical practices. Although Ottrey only accounts for a minute section of New Zealand’s enormous red meat industry, he represents those fighting the good fight. Quality over quantity. Having Cardrona Merino lamb on the menu at any establishment is supporting the farmers in the paddock, putting New Zealand lamb on the map. “Luckily for me, the chefs that use my products are really supportive, and I have an exceptional product. But the thing is, we love what we do, and we can’t help ourselves in the mission we’re on.” 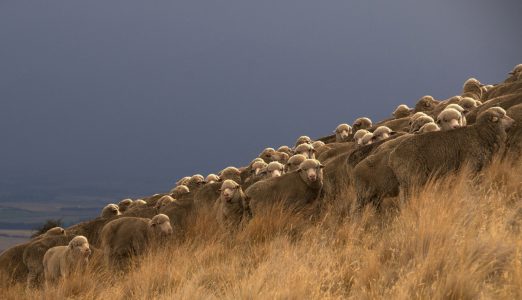 Detpak’s Precision Series promotes the ultimate in coffee taste and experience – and is now available in New Zealand. In recognising a challenge faced…