Born in Australia, Joshua Hazel moved to New Zealand in 2014 after marrying a Kiwi girl. The father of two little girls has been in the hospitality game for most of his life, starting his career at the age of 16 in Canberra. Once he was a qualified chef, he began to hone his skills in kitchens across Australia, including La Riviera Restaurant at Pepper’s Resort in the stunning Whitsundays.

From there, Hazel headed overseas where he worked in the Hilton Hotel and The Luxe Brassiere kitchens in London. “After my London excursion I headed home to Australia, I did a stint back in Canberra at the restaurant where I trained when I first started out, then headed up to sunny Queensland and settled in Brisbane at Iceworks in Paddington,” Hazel told Restaurant & Café.

It was while working at Iceworks that Hazel met his Kiwi-born wife to be. The decision was made to return to her homeland and settle in Auckland. Hazel joined the team at Soul Bar and Bistro in the Viaduct where he worked for five years.

In 2018, Hazel and his wife bought a home in Warkworth and in November 2019 Hazel decided it was important to work closer to home. “The long commute to Auckland City was starting to take a toll and was limiting family time. I was very lucky to find my current role here at Rothko.” 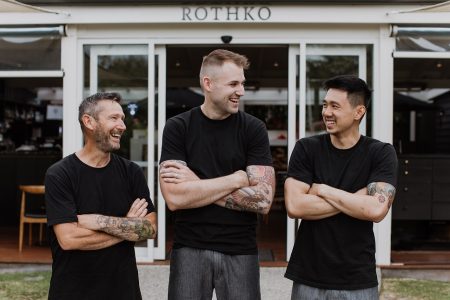 Since starting at Rothko, Hazel has been busy with a lot of functions as well as locals coming in for lunch. At first, Hazel was finding his feet in a new kitchen, but now he is starting to implement his own menu and dishes. “We have ordered a pasta machine from Italy that should be arriving any day now, so I am very excited to get some fresh past onto the menu.”

A typical day for Hazel involves dropping his daughters off to daycare then heading into work where Hazel starts the day making Rothko’s house-made bread which is baked each morning. “After this, I will go through all of the section’s prep jobs with my team of chefs and then see what our local gardeners have available for the day to see what I can use on the menu or in specials.” After lunch service, it’s back to pick up the kids.

Hazel has loved cooking from a young age, spending time in the kitchen with his mum and doing as many cooking classes as he could whilst at school. When he finished high school, he walked into restaurants looking for an apprenticeship and started working at the first restaurant that gave him a chance. 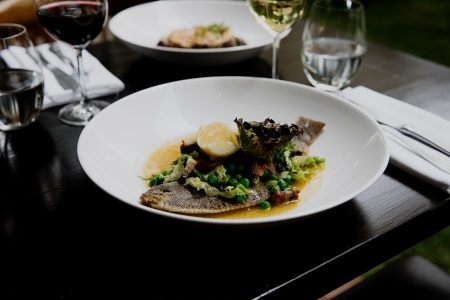 Hazel sees quality staffing as one of the biggest challenges facing the industry, noting that trying to find good and reliable staff is extremely hard, and a challenge that will only be made harder with immigration changes being made in the industry. On a personal level is the struggle to juggle life in the kitchen with a healthy home life, especially now that he has two young daughters.

Hazel’s spare time is extremely limited these days. “I do like to try and get out of the house as much as possible even if it’s going to the park to play or to a café for lunch with the girls.”

His goals for the future are to keep growing and expanding as a chef. “There is always something new to learn, see or do and that is the exciting thing about our industry.” And of course, to have a happy, healthy family.

For Hazel, the most rewarding aspect of his job is having people enjoy his cooking. “If the customer is happy then I’m happy.  Although trying to please my eldest daughter is quite hard when it comes to cooking, she is my hardest critic.” 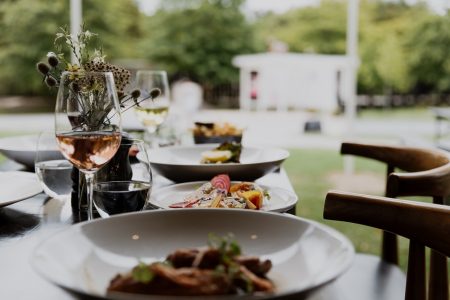 Marc Weir doesn’t tolerate bullying in his kitchen, nor does he tolerate cowboys. “Working in the kitchen its one of my biggest pleasures to…