In the mid-90s, Stephanie Henderson-Grant and her husband Andrew Grant purchased a five-hectare property with a 4-hectare vineyard on Church Road in Waipara, nestled between traditional pastoral and cropping farms, adjoining vineyards and the Waipara Domain.

"At that stage, I was working in a nearby winery while my husband ran his family's business," Henderson-Grant explained.

Having graduated from Lincoln University with an honours degree in Agricultural Science, Henderson-Grant worked for several years in the wool industry before becoming interested in wine.

The appeal of the wine industry led her to study winemaking via a correspondence course. During her study, she worked in various areas of the wine business, from sales and marketing to cellar-hand and eventually winemaking.

A love for the environment, biology and science, hands-on creativity, and meeting interesting people, were among the aspects that drew Henderson-Grant to winemaking. She explained that there was no bolt of lightning moment, nor did she grow up knowing exactly what she wanted to do. Winemaking, it seems, found her.

In 2001 the couple built a home on the property on Church Road and started a family.

"In 2005 I gave up winemaking to look after our young children (now three lively teenagers), but by 2008 I was really missing the winemaking so decided to get involved again and thus the beginning of Ataahua Wine." 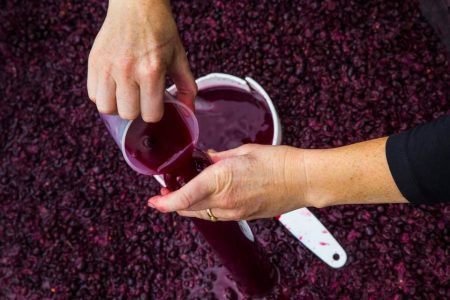 The first couple of vintages were made at a neighbouring winery; then in 2010, the couple converted their barn/storage shed into a mini winery and filled it with a collection of secondhand winemaking equipment they hand found for sale.

"Over time we added additional bits and pieces of equipment, barrels, a cooling system until the winery had everything we needed."

Ataahua Wine's mission is to sustainably produce delicious wines that express the beauty of the vineyard, the valley and the land from which they grow. Like many small family businesses, the team is made up of the Henderson-Grant family, with help enlisted from wonderful and experienced local contractors at various times of the year, such as for pruning, bird netting,  and harvesting.

"We try to produce wines that people can absolutely enjoy, so wines with a richness, a uniqueness and with a level of complexity that are best enjoyed with good food and great company."

Over the years the winery has worked out that its customers tend to be the more discerning and adventurous wine consumers who are prepared to pay a little more to drink a handcrafted artisan wine. The winery sells to many restaurants throughout New Zealand which works with the philosophy of enjoying wine with good food and great company. 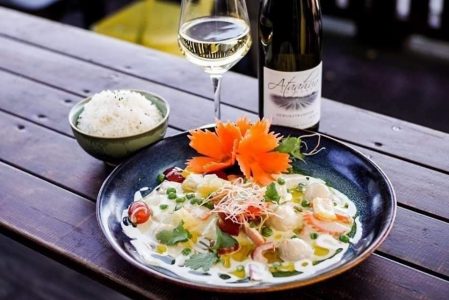 Up until January this year the family lived and worked in the beautiful little vineyard in the midst of the Waipara Valley, on Church Road, just behind the site of the North Canterbury Wine & Food Festival.

"Our new site is only 2 km away but has a different aspect and is on the terraces above the Weka River. We have all settled very easily into our new site and are so excited by the soil, the vineyard and the wines this property will produce."

The new property is twelve hectares with eight hectares close-planted in vines. The varietals include Pinot Noir, Syrah, Chardonnay and Riesling.  The 2020 vintage will be the last wines produced from the Church Road vineyard.

Henderson-Grant's philosophy when it comes to winemaking is to try not to interfere too much, to let the wines be expressive of the season, the soil and the varietal.

"I do tend to allow longer than normal skin contact time to extract as much flavour as possible out of the grapes. Apart from that, it's just gentle handling of the fruit and wine."

Henderson-Grant's favourite part of her job is tasting the wine from the barrel, and it is on her bucket list to visit every winery in the country.

When she's not crafting boutique wine, Henderson-Grant loves mountain biking, walking and during the summer swimming, snorkelling, and fishing in the sea.

"In winter we love to ski as a family, and I really enjoy cooking for the family also.  I have always enjoyed having a small vegetable garden and happily tend to that all year round."

April is usually Ataahua Wine's primary month of harvest; however some years, such as 2020, the team start harvesting in March, other years they may still be going in May.  Harvest timing is dependent on the warmth of the season and ripeness of the fruit. 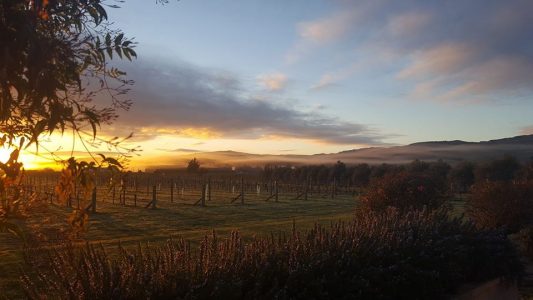 Henderson-Grant's advice to someone starting in the industry?

"Be in boots and all, for the long haul, stay positive and enjoy it. This wasn't advice given to me personally, but Benjamin Franklin did say 'Wine makes daily living easier, less hurried, with fewer tensions and more tolerance'- Good solid advice I'd say."

Ataahua wines are available through www.ataahuawine.co.nz