The owner and manager of Auckland's HeadQuarters Viaduct bar has been involved in another online dispute with the man behind Quay Street's Parasol & Swing Company.

Leo Molloy, who has made headlines in the past for calling Auckland Council's plans for the 2021 America's Cup "constipated thinking", telling a complaining customer the world would be better off if she didn't exist, and describing rival restaurants as hangouts for "girls with flappy lips" and "old white people", slammed Jason Rosen in the comments section of a HeadQuarters Viaduct Facebook post.

Molloy had criticised Sugar Club chef Josh Barlow's low-carbon menu, asking "Has there ever been a bigger w*nkers post in hospo than this?" After Rosen, the owner of Quay Street rooftop bar Parasol & Swing Company, came to the defence of Barlow, Molloy turned on the mixologist.

Still operating from the HeadQuarters Viaduct official Facebook account, Molloy wrote, "One of our staff left a tap on and we lost 3/4 of a keg of Heineken. I asked DB to replace it and they said 'relax, stop moaning, that’s more piss than Parasol & Swing sold last month.'" 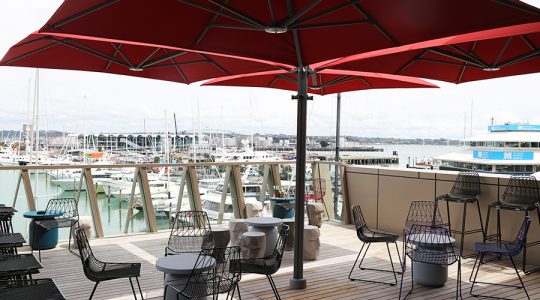 Rosen kept his cool, however, replying, "I bet MacDonalds sell more Big Macs than Burger Burger as well." Rosen then went on to applaud Molloy's $5 whiskey sour deal after another commenter brought it to his attention, writing, "That’s not really our style but it's awesome that it’s available... The Viaduct is awesome these days because there is something for everyone."

But Molloy didn't stop there. "I can’t keep the precinct in the news single-handedly," he moaned. "How about you other seagulls help this great huge trawler and do something, anything, just stop being vanilla and make an impression."

The row continued, with Rosen eventually pointing out that, "This isn't the first time you've attacked other venues for no apparent reason though on your page."

Luke Dallow, the owner of Ponsonby's popular Chapel Bar and Bistro, also weighed in on Molloy's behaviour, writing an open letter to the restauranteur on his Facebook.

He acknowledged and praised Molloy's experience and success in the hospitality industry, but asked, "Why on earth do you continue to insult fellow industry establishment and operators who are doing their best, and succeeding, in providing Auckland with a vibrant and professional hospitality scene?"

Molloy replied, commenting on Dallow's post. "I'm looking for a Ponsonby site and you'll have more than your hands full when I come to your part of town." 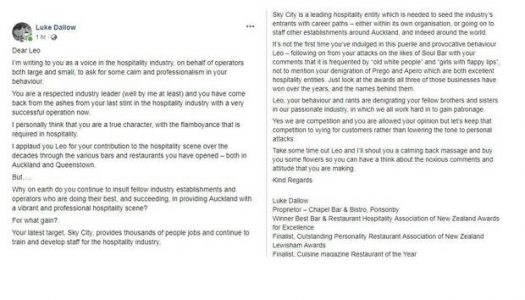 In 2017, Molloy was involved in an online dispute with top 16 MasterChef contestant Gideon Marisa after Marisa left a negative review of HeadQuarters on Facebook.

Kumara chips are one of the fastest growing categories in the market, with more and more consumers switching over by the day. Nutritious Foods…