ZENKURO SAKE, New Zealand’s own sake brand returns to New Zealand after a successful campaign in Japan during RWC 2019. 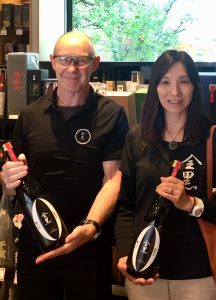 David Joll and his wife, Yasuko, delivering to Hisaya Sake Store in Fukuoka.

With Japan’s 2019 Rugby World Cup now behind us we can look back on an exciting and fruitful few months in Japan for Zenkuro Sake. Zenkuro* took part in numerous sake and rugby events throughout Japan around the time of the tournament.

To kick things off, before the start of the tournament, the Japan Sake Brewers Association kindly hosted a Zenkuro Sake and New Zealand food pairing function and press conference at their Tokyo headquarters in Toranomon. With all of Japan focused on New Zealand and the All Blacks at the time, to Zenkuro’s delight, both the function and press conference were totally sold out. The evening included an interesting presentation by the head of the Brewers Union on the phenomenal growth of sake sales outside of Japan and the increasing number of sake breweries being set up around the world. It was very satisfying to see New Zealand now officially listed in Japan as one of the world’s nine craft sake producing nations, and one of just two in the southern hemisphere.

October 1 is National Sake Day in Japan, with the national beverage being enjoyed and celebrated more so than ever around this time. Popular events are ‘sake pub crawls’, where restaurants and bars offer a pairing of their favourite sake together with a signature dish. Tickets are pre-sold and the ‘crawl’ period lasts for several days, so participants have plenty of time to tick all the sake and dishes off their lists. Zenkuro was used at a number of restaurants in both Tokyo and Fukuoka, where I was lucky to be invited to present our sake, and participate. Hopefully, this sake ritual will spread to New Zealand one day. 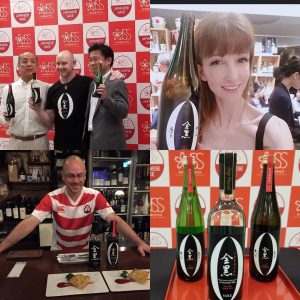 Next up for Zenkuro was the All Black Tours’ monster party in Tokyo on the eve of the All Blacks versus Wales play-off. To kick the night off, 2000 All Blacks fans were treated to a jaw-dropping Japanese Wadaiko drum performance that rivalled the intensity, coordination, power and focus of the All Black’s haka. This was followed by a ceremonious opening of a custom-made Japanese cedar barrel of Zenkuro Sake, by former All Black coach Sir Graham Henry. Needless to say, toasting the mighty All Blacks in Tokyo with New Zealand-made sake called Zenkuro (all black in Japanese), was a unique experience for all.

On November 2, the day of the RWC 2019 final, Zenkuro Sake shared centre stage in Tokyo at the second Sake World Cup, a celebration and showcase event for sake produced outside of Japan. On November 3, Sake World Cup moved to Kyoto, the ancient capital, where NZ’s Zenkuro Brewery was bestowed the honour of having its sake used to toast the opening of the event.

Shortly after this, Japan’s national TV channel, NHK, released a programme on prime-time TV entitled ‘The World Sake Revolution’. Zenkuro was featured, and singled out by Japan’s top sommelier and former World Champion Sommelier, Shinya Tasaki, as an example of a very well balanced, food-friendly sake. 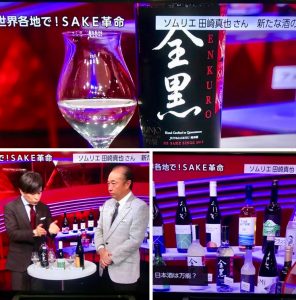 After nearly five years of hard work, Team Zenkuro is very proud to have achieved some of its founding goals. One; to have its NZ-made sake accepted and enjoyed in both NZ and Japan alongside quality Japanese-made sake. Two; to show its support at RWC 2019 and contribute to the All Black effort, and three; to help bring NZ and Japan closer together through the wonderful medium of Japan’s national drink and treasure, sake.

*Zenkuro translates from Japanese to English as zen (all) kuro (black). The characters used are 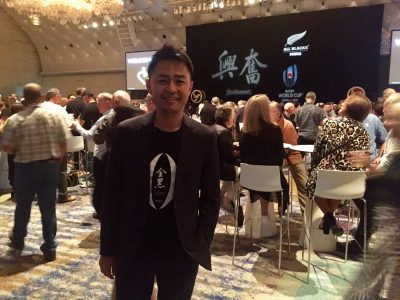 The Crafty Baker is a small bakery chain that serves fresh, daily-baked artisan bread, pastries, doughnuts, and pies.  The owner of The Crafty Baker,…