Two months on from the devastating volcanic eruption, Chef Robert Oliver has joined forces with Unicef and launched a life-changing auction to raise money for Tonga.

Since the Hunga-Tonga-Hunga-Ha'apai eruption and the tsunami that followed, Russia has invaded Ukraine and the Omicron outbreak has taken off in New Zealand. But Oliver, who was raised in Fiji and Samoa, said it was important Kiwis did not forget their “Pacific family”, even when other events were happening.

“We cannot forget Tonga. After a disaster of this scale, we know that the complex needs of communities are ongoing and require significant support,” Oliver said.

“It’s not just about fundraising, it’s also about keeping Tonga front of mind.”

The To Tonga With Love auction kicks off on Trade Me on March 11, and has a range of “priceless” items up grabs. 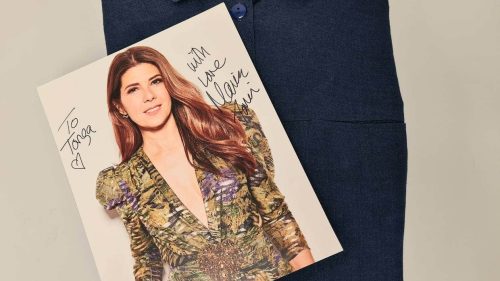 Tomei is a good friend of Oliver’s, and the jumpsuit she has donated to the auction is his favourite item on the list.

“I can’t fit it, but I’m really glad that I’ve got it! She’s always been my friend and has had my back all through my life, so I knew she would do something great,” Oliver said.

Oliver has worked with Unicef in the Pacific for many years. Unicef Aotearoa chief executive Michelle Sharp said the charity was extremely grateful to Oliver and his friends for their help.

“Supporting children, families and communities in Tonga would not have been possible without generous supporters and partners from around Aotearoa.”

Oliver said it was time for Aotearoa to realise that “we are a Pacific family, part of a Pacific nation”.

“This is the time to pat our whānau on the back and know that we can do it together,” he said.

The charity auction will run for 10 days.

TAWSE FOODS LTD Tawse Foods is the home of New Zealand’s ice-cream cones and waffles, and now offer an exciting range of Waffle…