Mark and Anleena Villella have opened many cafes for 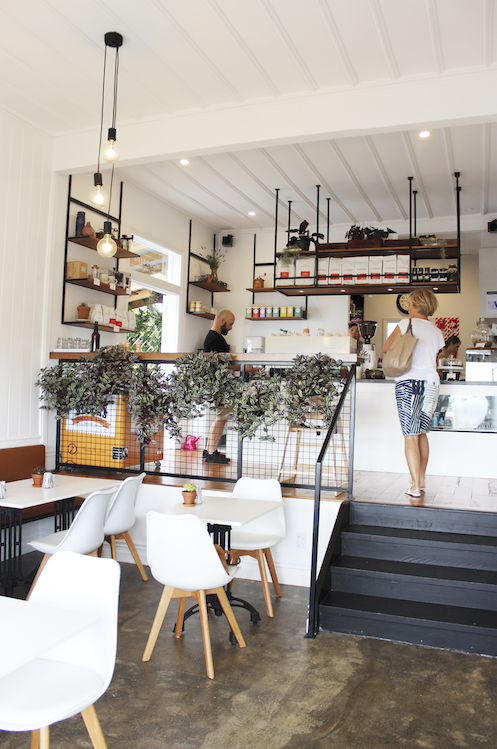 other people around the globe but this is their first cafe together, which opened on March 16th. The husband and wife team met 14 years ago working in cafes in Vancouver, B.C. Mark has been specialising in coffee for just over two decades now, so it was no surprise that Woodside Cafe is very coffee orientated. "We like to think of Woodside more as a coffee shop than a full menu style cafe as we will mostly have homemade cabinet foods as opposed to eggs to order," said Mark.

With Mark being Celiac, the young cafe opened with a short menu that is one hundred percent gluten-free with plans to expand. They didn't want to have food they wouldn't eat themselves and had spent the last five years living in the Pacific Northwest and saw how popular gluten-free was. "We wanted the cafe to be like a home kitchen that was an authentic expression of the food we make and eat on a daily basis," explains Anleena. Woodside will also have plenty of other food options such as; sugar-free, dairy-free, paleo and so on. The duo says the healthy food angle was not intentional but  prefer to think of themselves as 'mostly' healthy food rather than a purist health food cafe.

The restaurant scene of today is a dynamic and everchanging environment. Fads come and go regularly; one more avocado on toast done someway and…