Gone are the days when sauces and gravies were an afterthought. A new restaurant established by a group of Canadian-Indian businessmen has moved sauces from the side to the spotlight. Pop Won Mo (PWM) specialises in popcorn, wontons and momos, with the sauce itself being the key feature of the meal.

"We found that everything came with the standard schezwan sauce, and we wanted to break the monotony," said Kenneth D’Souza, co-owner of PWM. The group approached chef Vidyun Shani, chef to countless celebrities, with the offer of turning their kitchen into her personal sauce laboratory.

"We want to create ridiculously crazy sauces that people haven't heard of,” he said. “In fact, when we approached food consultants with the idea, Sahni was the only one who did not seem surprised. The rest were unsure whether it would work.”

PWM offers 18 different sauces, which come in 80gm pottles. Options include classics like Maggi Masala and Sweet Soy and well as unexpected options like Old Monk Rum and Coke. Each dish comes with two sides of sauce included in the price. 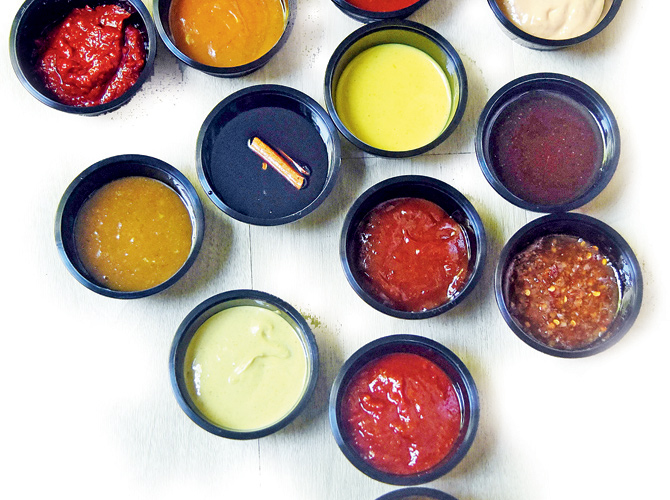 Three-quarters of Kiwis aged between 18 and 24 and three in five Kiwis between 25 and 34 are left feeling guilty after eating takeaways,…