The New Zealand wine industry has recognised the service and dedication of industry icons Dominic Pecchenino, Jim and Rose Delegat, Clive Paton and Phyll Pattie, and Chris Howell, by inducting them as Fellows of New Zealand Winegrowers.

The Fellows award recognises individuals who have made an outstanding contribution to the New Zealand wine industry.

“The work of these individuals enables a small industry like ours to punch above our weight on the world stage, and we thank them for their efforts.” 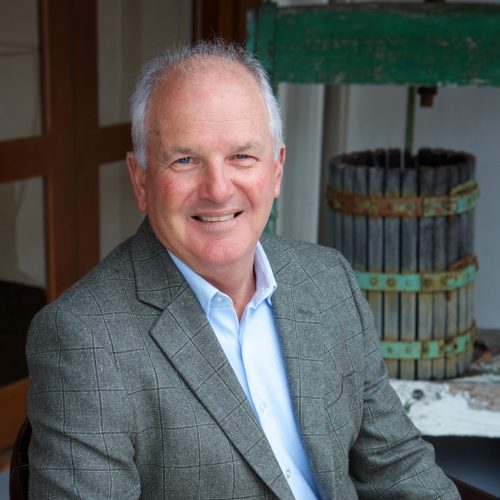 Dominic Pecchenino, originally from the USA, is a Marlborough based grape grower and consultant, who has served industry organisations for more than two decades, during which time he has had a particular focus on research.

Dominic served on the Wine Marlborough Board for 12 years, including serving three years as Chair. Nationally, he served as a member of the NZ Grape Growers Council from 2005 to 2014, and was a Board member of New Zealand Winegrowers from 2005 to 2020.

He chaired the Research Committee from 2006 to 2020 playing a leading role in the development of research programmes through that period. Grape Days were Dominic’s brainchild, and he along with Dr Simon Hooker got the events – which present relevant and thought-provoking research outputs as a key platform for information transfer to members – off the ground.

He also spearheaded bringing researcher Dr Mark Kristic from Australia to do research trials with him for mechanical thinning, which due to his initiative and research, is being used very successfully today. 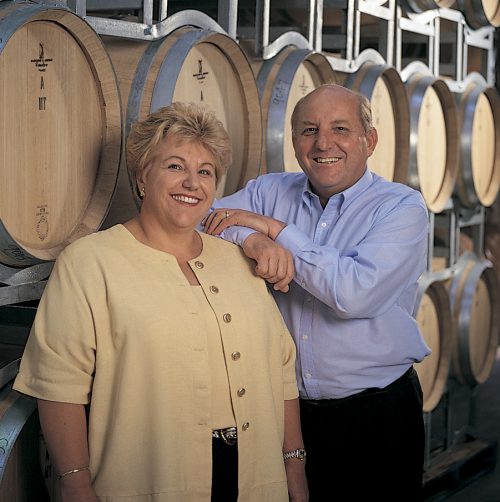 Jim and Rose Delegat, a brother and sister combination, have built one of New Zealand’s most successful wine businesses through a lifetime’s involvement in the New Zealand wine industry.

Jim has been deeply involved in industry affairs over many years. He first joined the Wine Institute Board in 1985, serving as both an alternate and full director through to 1996, the critical time period during which the industry was pivoting from a domestic to an international focus. He re-joined the Wine Institute Board in the 2000s, serving between 2005 and 2016, and served on the New Zealand Winegrowers Board from 2007 to 2016. 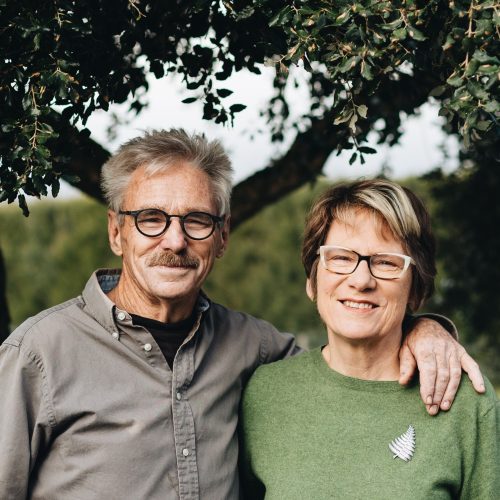 Phyll Pattie and Clive Paton are business and life partners who have made an immense contribution to Pinot Noir, Martinborough and sustainability in the industry.

Clive planted some of the first of the famous Abel Pinot Noir clones in the early 1980s, while Phyll was one of just a handful of female winemakers at that time. They joined forces in 1987 and have built Ata Rangi into the widely respected producer and brand that it is today. Ata Rangi have been industry pioneers in sustainability. They were part of the pioneering Living Wine group that obtained ISO accreditation in the 1990s, and have been strong advocates for organics and ethical framing practices ever since.

In 2003 Ata Rangi purchased 300 acres of land south of Martinborough where Clive and Phyll have since planted some 75,000 native trees, including thousands of threatened rata. 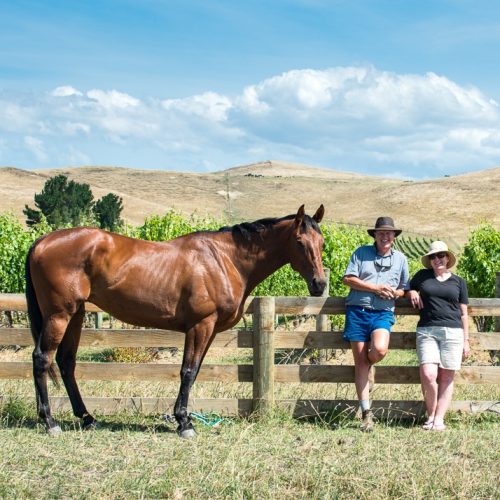 Chris Howell, a Hawke’s Bay based grower has passionately served New Zealand grape and wine industry organisations for over nearly 30 years, first at regional level and then nationally.

He joined the Hawke’s Bay Grape Growers as a Committee member in 1997, serving as President between 2000 and 2004. With the formation of a united industry organisation in Hawke’s Bay, Chris served on the Hawke’s Bay Winegrowers Board from 2005-2007.

Nationally, Chris was elected to the New Zealand Grape Growers Council between 2000 and 2004. He was a New Zealand Winegrowers Board member from 2005 to 2016 and worked on a number of committees including the Sustainability Committee.

Chris always had had an interest in education and training and at various times served on the Eastern Institute of Technology Advisory Committee and Council, and the Hort ITO Advisory Committee. Chris played a key role in establishing the Young Viticulturist of the Year competition and continues to serve the industry as a Trustee of the Bragato Trust which provides scholarships for students.

Stewart Island Smoked Salmon is a family-orientated business in Wellington and Christchurch. It started on Stewart Island and is regarded as the most naturally…