The director of Titanic, The Terminator, and Avatar spoke to TVNZ for an interview on Sunday, along with his wife Suzy Amis. The couple have been vegan since 2012. "New Zealand isn't living up to its own image of itself right now," he said, "and the image that it projects to the world as the clean, green place."

"The rivers and the lakes are extremely polluted here," he also said.

"Ironically, the issues raised about industrial food production in the US, about intensively farmed animals in feed-lots, New Zealand is the absolute opposite to that," he said. 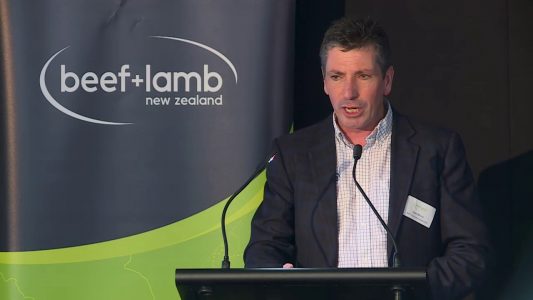 "We utilise land that can't be used for cropping, we grass feed our animals, we naturally produce them with minimal intervention," said McIvor.

He acknowledged, however, that more work needed to be done. "Sheep and beef farmers have set a vision for being carbon-neutral by 2050," he said. "Since 1990 we've reduced gas emissions by 30 per cent, no other industry in New Zealand has managed to achieve those sorts of targets."

McIvor also responded to Cameron's announcement of his intention to partner up with Kiwi director Peter Jackson to develop and sell a line of plant-based meat alternatives.

Companies like Beyond Meat and Impossible Foods have garnered heavy investment and support from the likes of Bill Gates.

Minister Kelvin Davis has identified the need for government to plan a better future for the tourism industry. Communities across Aotearoa look to rebuild…