It doesn’t take much for Nick Candy to label a wine as great – all it takes is the right occasion to drink it.

As the CAN component of TINCAN Wines, along with partner Laura Tinnelly, Candy serves as the winemaker while Tinnelly manages the marketing side. His winemaking journey began with a degree at Lincoln University, before he went on to work at Felton Road and Peregrine in Central Otago, The Crossings and Yealands in Marlborough, and Riversun and Marlborough Vintners. A stint in Australia followed, firstly at McWilliams in Sydney. Candy then spent two years chasing vintages internationally before stopping in France, running the winery at Domaine Stephane Montez in the Rhone Valley for a further two years. “After almost ten years away overseas making wine I have accepted that growing good grapes or making good wine are like looking at the same coin from both sides – but it’s still the same coin.” 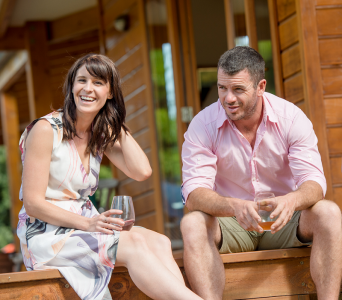 Candy was first inspired to follow the natural wine approach in France, while working hand-press with an old French man who didn’t speak a word of English. “No additives had been used in the process but when I tried the wine it was my lightbulb moment telling me that making wine naturally was actually possible.”

Candy travelled and worked all around the world, looking at wine processes and to see what not to do. After almost two decades in the industry, Candy’s philosophy has evolved to small vineyard, small wine production, organic viticulture practices, natural no-additive winemaking practices, and a very hands-on style.

Candy currently leases a small 3ha block in Mapua, just west of Nelson. The land was recently purchased by the Craighead family and became the Kindeli winery for the 2017 growing season and vintage. It remains Biogro certified but is natural wine exclusive, thought to be the largest of its kind in the country.

The vineyard is run using organic viticulture practices and is currently moving towards gaining organic certification, which will be attained in time for the 2019 vintage. The wines are made using minimal intervention from start to finish, with no filtering and no additives or preservatives like sulphur or fining agents. The grapevines are sprayed only three times a year.

Having grown up in a farming family, Candy is able to look at things from a practical agricultural perspective. “I am really focused on minimal intervention in the vineyard with machinery to reduce my carbon footprint. I have been trialling minimal spraying and not passing through with a mower and leaving the grass long.”

Those who tend to be interested in natural wines tend to be new to wine or craft beer enthusiasts, according to Candy. “They tend to have more of an open mind and less of a preconception about what wine traditionally tastes like, so I have been focusing on the restaurant trade and have started making a few friends that share my views,” he explained. “In restaurants, chefs that have a paddock to plate or similar philosophy tend to understand what I am trying to do and don’t mind taking the time to listen to me explaining what I am about.”

His focus is currently on Sauvignon Blanc and Pétillant Naturel (Pet-Nat) which is an in-bottle, secondary-fermented bubbly – “Think Coopers Beer, but a wine version. I’m also getting my head around Nelson Pinot noir and co-fermentation with other varieties.” TINCAN has a small output – only 5000 bottles in 2017 – and for the most part Candy is a one-man-band. For harvest and during bottling he works with Alex Craighead of Kindeli and Yuki Nakano of Kunoh wines.

“Vintage time has to be the favourite because for a few weeks of the year everybody accepts that that is where my focus is and I am free to be a specialist,” he said. “I don’t have a job that I hate, but I struggle as a generalist and breaking my day up to prioritise work.”

As someone with extensive experience doing vintages around the world, Candy thinks that New Zealand winemakers need to be mindful of legislation and the balance between industry protection and stifling peoples’ enthusiasm for exploring new things. “We are definitely at the low legislation end of spectrum which enables people like me to start and survive,” he said. “However, the protection of our existing regional brands and their value is possibly lacking. So again, it comes back to balance.” 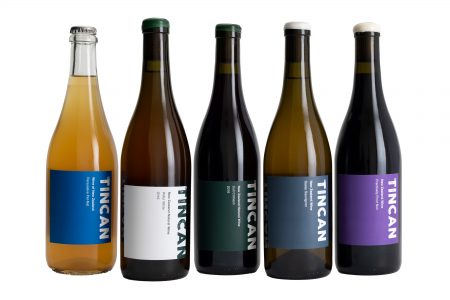 The Trump administration is threatening tariffs on French cheese and wine, escalating the worldwide trade war. French wine and cheese are the primary victims…