As the son of a member of the Australian Defence Force, Patrick Newton’s childhood was one on the move. Eventually, though, his parents bought a patch of land just west of Hastings where they established the Cornerstone Vineyard in 1992.

That patch of land would eventually become the Gimblett Gravels area, and it was on this premium winegrowing soil that Newton would get his first taste of winemaking – albeit not necessarily by choice.

“There was always plenty of work to do and my three brothers and I were roped into working on school holidays,” Newton said. “There was a rule that we couldn’t sit around doing nothing during the holidays. We either had to work on the vineyard or get a job elsewhere.”

With an appreciation of the vineyard ingrained in him, Newton went on to study a Bachelor of Viticulture and Oneology at Lincoln University, graduating in 2005. However, becoming a winemaker wasn’t always his first choice.

“All of my papers at university were all based around the vineyard,” he said. “I didn’t take any elective winemaking papers. I kept thinking that you only need one winemaker to look after several vineyards, yet all of those vineyards need managers, so at some point there will be too many winemakers looking for work. It wasn’t until I graduated that I decided it would be easier to travel by chasing the harvests than it would be working in the vineyards.” 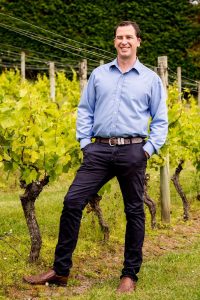 Newton is currently working as winemaker at Waiheke Island’s Mudbrick Vineyard, which was established by Nick and Robyn Jones in 1992. From humble beginnings, Mudbrick has grown to include four vineyards, two restaurants, accommodation, a cellar door and is commonly cited as the most popular destination on the Island. Approximately 98 percent of all Mudbrick wine is sold direct to the public through the two Mudbrick restaurants and the cellar door.

“Each of the Mudbrick vineyards have slightly different soils, aspects and microclimates,” explained Newton. “Having many parcels of fruit from across the island with each wine having different characters makes for exciting blending sessions!”

The wide range of varieties means that harvest can sometimes start as early as February and continue into May, which can often result in a vintage of two halves. “In 2017 the whites harvest was fantastic,” said Newton. “The fruit was ripe with fine acidity. Unfortunately, after the whites were harvested the autumn rains set in. This put pressure on when to harvest the reds to get the most flavour but also not lose condition.”

In 2018 it was the opposite – wet conditions in January and February caused major issues with the whites and their ability to ripen to full maturity, but by the time the whites harvest had finished there was a settled autumn that allowed the reds to ripen with full flavour.

“I’m always trying to produce wines with higher quality than the previous year. Having challenging years makes me more driven to achieve my goal.”

Newton’s goal is always to keep it simple, and he believes that minimal handling of the fruit will always produce wine with a strong sense of place.

“I want the Mudbrick Vineyards to come through with every wine,” he said. “The only way to achieve this is through sustainable vineyard practices and minimal intervention in the winery. It’s the most important attribute of any Mudbrick wine.”

However, Newton is mindful that he is making a consumer product.

“Winemakers can learn a lot from the hospitality business in terms of what potential consumers like drinking,” he explained. “Winemakers quite like characters in wine that can be a turn off for the general public. They can produce great wines, but if it’s not what people want to drink you’ll be making wine that will never be drunk.” 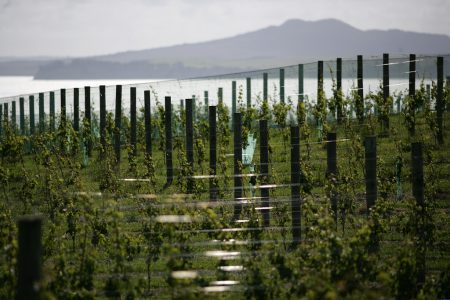 Restaurant Association New Zealand has been working hard to support its members and the industry through the Covid-19 pandemic. The association is here to…