Morning Brew is a series exploring New Zealand's coffee roasting industry. In this first instalment, we chat to Craig Miller of Miller's Coffee about his business.

Down a quiet side-street off Karangahape Road, the epicentre of Auckland’s bohemian subculture, an unassuming red-painted building houses one of New Zealand’s most iconic roasteries. A small sign above the door and a flashing neon ‘OPEN’ sign in the window is the only indication that this is even a business. Miller’s Coffee, owned and operated for almost 30 years by Craig Miller, is synonymous to many Aucklanders with simple, old-school, quality espresso. 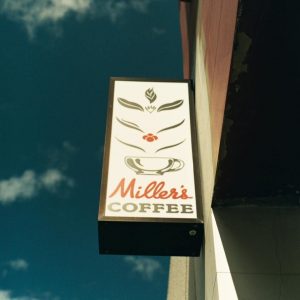 Craig bought his first espresso machine in 1984. Back then, hardly anyone in New Zealand knew how to use one. “People paid too much attention to the froth, and not enough to the coffee,” he told me, “I had to rely on plain old Kiwi ingenuity to figure it out.”

Not content with the quality of the coffee he was receiving from his suppliers, Craig decided to start roasting his own beans in 1988 and was amongst the first in New Zealand to do so. “We began with one blend – 40% from the Sigri estate, Papua New Guinea, and 30% each from Colombia and Kenya.” Almost 30 years later, Miller’s Coffee is still producing the same blend. “By maintaining a standard, you attract people to you.”

Craig speaks with rare authenticity and honesty, sometimes brutally so. At one point in our conversation, he dryly laments the state of the contemporary coffee scene. “The hipsters have tried to redefine the industry,” he said, “Energy has gone into making the public feel like they need to be re-educated about the subtle nuances of flavour.” But then, Craig has steered a small, independent business through the stormy waters of an industry that’s expanded to become a worldwide phenomenon. I’d be surprised if he was anything but self-assured.

Being at the forefront of an industry that has seen its customer base skyrocket, Miller’s Coffee could easily have gone the way of other early third-wave roasters, expanding to form a mini-empire of speciality coffee. But Craig is not one to follow trends. “My thing has been to not change the foundation of what we do, and in that way we’ve been able to maintain a standard of quality.”

Craig has stuck to his roots in all aspects of his business, from the beans he roasts to the brokers he works with. His ethos is simple: “Coffee is about family and connection, and I’ve had one broker, I’ve had one blend, and it’s stayed the same.”

Of course, Miller’s Coffee wouldn’t be a business if it wasn’t open to growth. But rather than adopting a marketing strategy or hiring a sales team, Craig relies on organic connections and word-of-mouth. Miller's supplies coffee to a number of cafes from Auckland to Taupo to the Coromandel. “We expand as people come and talk to us about maybe using the coffee. We have no salespeople. We take each inquiry on its merits. We give nothing for free.” In a world where each waking moment is mined for its marketing potential, Craig’s quiet confidence in the strength of his product feels like a breath of fresh air. 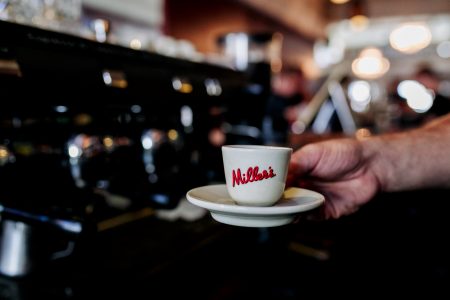 Having worked in the hospitality industry for nearly 12 years, Esther Lewis has always loved creative, healthy and interesting food. She began to create…