Douglas Eng is a chemical and materials engineer and worked as an operator in the oil and gas industry for nearly seven years. As an operator, he had a lot of free time and spent it reading up about the theory and techniques of brewing. His passion for brewing was really ignited though, when his wife Marilyn gifted him a home brew kit.

“My wife, Marilyn, got me a home brew kit shortly after we bought our first house - to save money, because mortgage etc… turns out it was a very expensive decision as she ended up funding most of the brewery and the current bar build! Poor thing.”

From his theory readings, came the brewery’s name - The Theoretical Brewer. Due to time limitations of getting into the weird and funky, they currently do a core range of widely available beverages.

“Our approach is to do them well - Very well.”

Eng believes balance, first and foremost, is what makes a great brew. Following this, is being true or “at least close” to style.

“Styles develop regionally and culturally for a reason, whether it be to complement seasonal produce, the local water or availability of ingredients.:

Eng knows the classics have passed the test of time, and complementing them in the modern day acknowledges development.

“It ensures it’s not so weird as to be unsellable. I believe good beer should sell itself.” 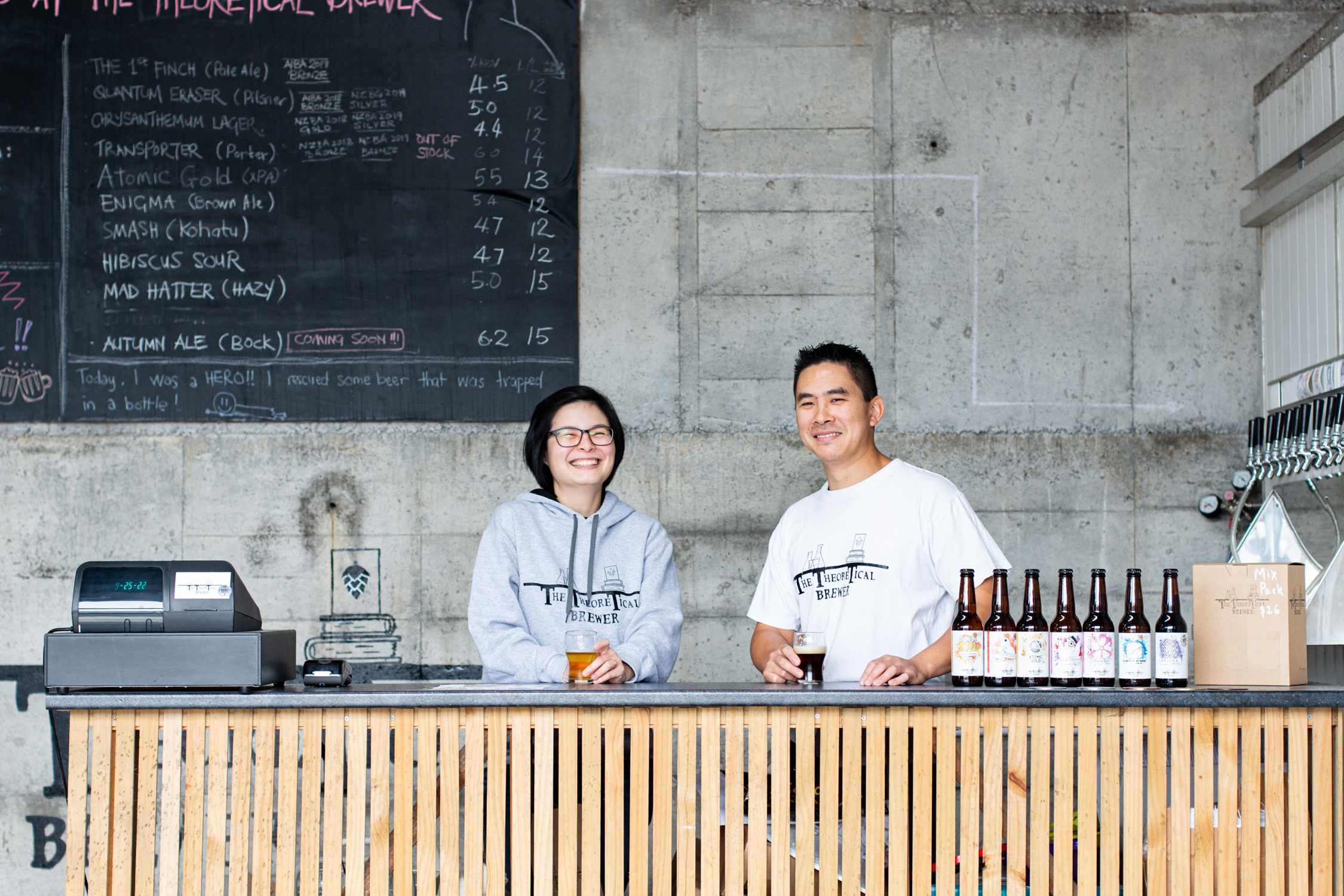 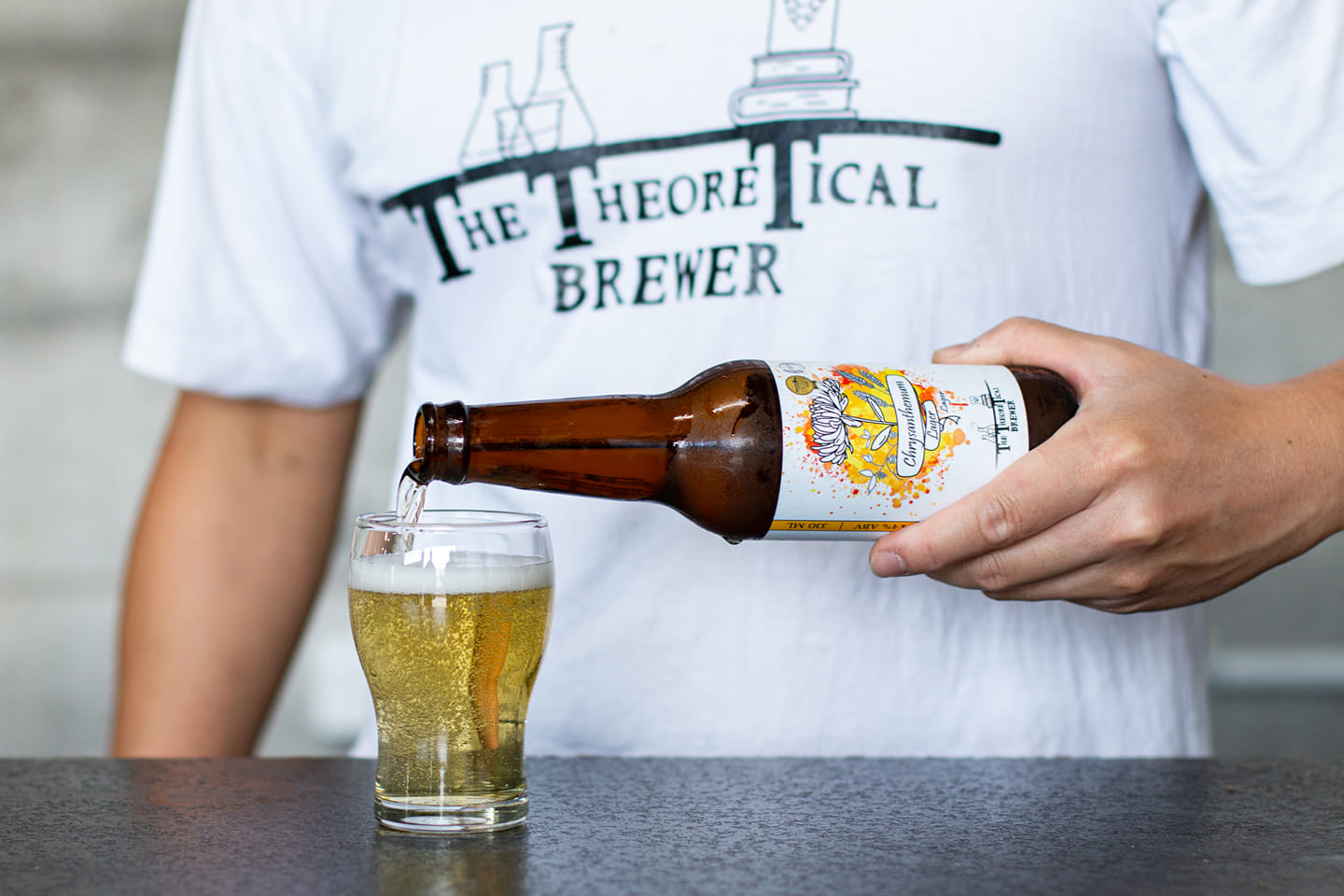 Attesting to Eng’s commitment to quality, The Theoretical Brewer’s beers are award-winning. The Chrysanthemum Lager has a Gold and Silver from the Brewers Guild, their Pilsner a Silver, and their Porters are consistently taking home bronzes. The Theoretical Brewer’s Coffee Porter and Enigma have had features in the New World Beer and Cider Awards and this year, their Mad Hatter Hazy Pale Ale made the Top 30 list. The recognition afforded to Eng through these awards meant a lot.

“You don’t need a two million dollar brewery to make good beer. Our barely six-figure brewery can match them, no problem.”

Lesser cashflow does affect the brewery’s business in some ways, however. Eng is not yet at a stage where The Theoretical Brewer can afford luxuries like solar power and heat recapture technologies, or secondary products. A lot of the brewery’s gear is second hand or designed in house, to save on cost.

“Some work well and some have had improvements added on to improve the quality of the product.”

Eng and his wife, Marilyn, are working on getting their brew bar up and running. They are hoping to create a destination venue at the brewery’s location in New Plymouth, teaming up with local low and slow food producers.

In the future, Eng hopes this bar will add cash flow to the business and allow him to add more adventurous brews to The Theoretical Brewer’s range, as well as giving back to Marilyn.

“My wife is awesome. She has supported me and the family while all this has been growing. Hopefully, we can start turning decent coin, and I can repay her for all the love she’s given me.” 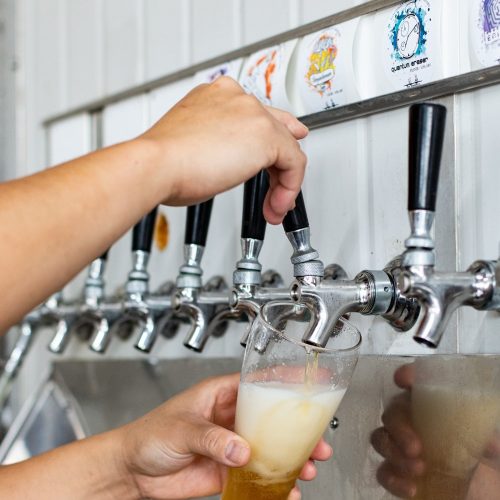 Independent brewery, Two Thumb Brewing Co., has signed the lease on a new venue at 380 Colombo Street in Sydenham, Christchurch – the former…