Jonathan Williams, head chef at Rātā in Queenstown, discovered his passion for cooking and food while working in restaurants to put himself through university. Studying design, Williams soon learned that his creative passion lay elsewhere, and pursued a career in the culinary world, instead. “After university,” Williams said, “I spent many years developing my skills at Michelin Star restaurants across the U.K., working my way up from Chef De Partie under Scottish chef Alan Murchison, to Sous Chef under British chef Simon Radley, who has held a Michelin star for 27 years.” 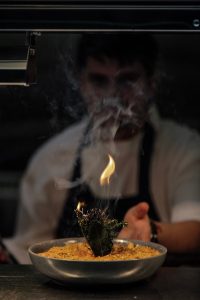 “Gaining work experience at Heston Blumenthal’s Fat Duck in Bray really gave me a great indication of what kind of chef I wanted to become.” In 2017, Williams packed up ship and came to New Zealand. He joined Rātā as Sous Chef under Josh Emett, where he learned to work with New Zealand cuisine and adopt the values that Rātā represented. In early 2018, Williams was promoted to Head Chef and has since focussed on showcasing the best New Zealand has to offer in terms of fresh quality produce and ingredients from around the region. “I have always loved the challenge that comes with cooking: taking basic ingredients and turning them into something special.”

The Rātā kitchen has a brigade of 12 chefs, all from different backgrounds and cultures that bring a variety of experience into their roles, Williams said. “At Rātā we aim to craft food that is simple but highlights seasonal flavours from Southern New Zealand. We are committed to sourcing local, organic ingredients and work closely with our suppliers to make sure every dish is the best possible representation of flavours on the plate.” Williams described the Rātā kitchen dynamic as positive but hard work. He noted that while every kitchen has its own set of challenges, the team at Rātā maintain a positive atmosphere throughout high-intensity situations. 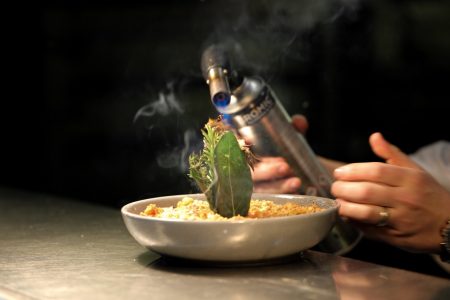 While Williams said that he doesn’t necessarily have a favourite dish, he said that he loves roasted flavours, and utilising the taste of burned elements. “I attribute this to my experience of working under a chef from L’ortolan, who enjoyed any excuse to get the blowtorch out.” This sort of adventurous kitchen etiquette is elegantly reflected in Rātā’s menu, which showcases adventurous, genuine, generous and skilfully prepared cuisine. “We want to take our guests on a food experience—so good that people keep coming back.”

Having worked across the globe, Williams found the New Zealand hospitality industry a refreshing change. Having said that, New Zealand’s hospitality industry is not without its challenges. “Lack of staff and good quality staff are hard to find; retaining them also proves difficult. In Queenstown especially, a lot of the workforce is seasonal, so it can be challenging to find dedicated employees who want to commit long-term.”

Over the years, Williams believes his dishes have become more refined. Perhaps this is in response to a popular trend that Williams noted: provenance. “People want to know more about where the ingredients they’re eating come from and if the ingredients were sourced sustainably and ethically.” 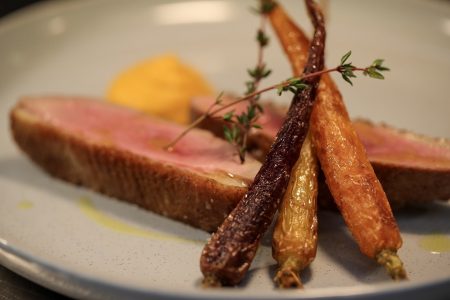 “The older I am getting, the more simple the dishes I’m plating up are. My dishes are more refined, cleaner, and more enjoyable to eat. Everything has to have a reason to be on the plate, and that’s something I think a lot about when plating any dish. I also think about how the guests visualise the plate more than I did in the past, as that certainly impacts the dining experience as a whole.”

Looking ahead, Williams hopes to continue developing his skills and experiences, both in cooking and in leading his team. “I also want to learn more about the ins and outs of running a business, so that one day I’ll be able to operate my own restaurant.” 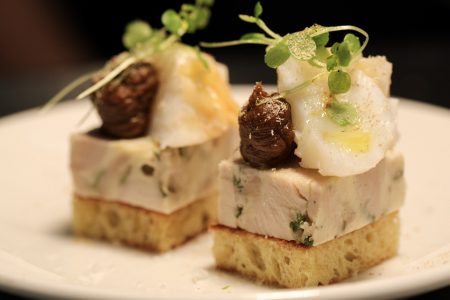 Hapi POPS’ mission is to try and reduce refined sugars, preservatives and additives in food. Hapi POPS are pure all natural, handcrafted pops. They…