For the second month in a row, McDonald’s had the most downloaded quick-service restaurant mobile app in the U.S.

When talking about download performance, it is the number of new users coming to a brand’s mobile app that is measured. 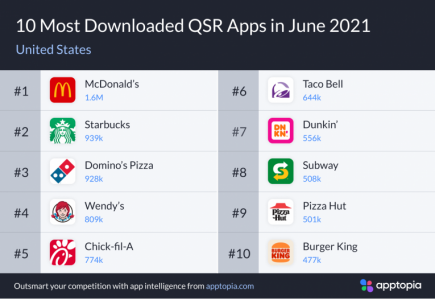 On average, humans look at their smartphones about 80 times per day. This is why brands clamour to have consumers download their app. Once installed, they have prime mobile phone real estate on our most personal device. It helps keep the brand top of mind, deepen familiarity, and maybe even generate a bit of loyalty.

The 10 most downloaded quick-service restaurant apps in June combined for 7.7 million new installs, compared to 8.7 million last month. A 24 percent drop in McDonald’s performance was a large contributing factor as the app had a strong back off the back of its promotion with pop boy band, BTS. 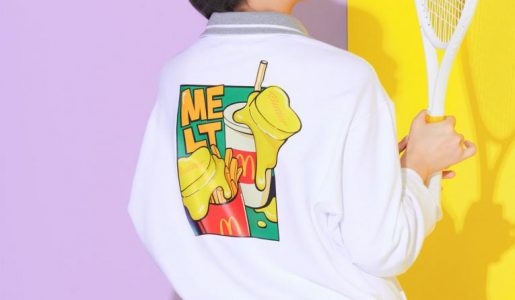 As a grouping, June’s top 10 apps were downloaded 5.7 percent less year-over-year. Wendy’s was most improved with an increase in June downloads of 136 percent while Subway had the largest decrease at negative 50 percent. Even with Wendy’s ability to attract new people to its app, keeping them as active users is not to be taken for granted.

Each review also gets tagged as Positive, Neutral, Mixed or Negative. 52.4 percent of the reviews left for these intent categories were tagged as negative. In reading through these negative user reviews, it was clear many people were having errors when trying to login, use a coupon or even just finalise and place their order. This is money lost for the company if people cannot place their orders. The good news is these things can be fixed and if so, user retention will increase.