Conveniently held on World Pizza Day, Domino’s for Good Day will see the Company and its local store owners come together for a good cause, donating $2 from every traditional and gourmet pizza sold to local charity KidsCan. The Domino’s team hopes to raise over $20,000 for the charity which, through its partner schools nationwide, provides food and clothing to children living in hardship. This is an especially tough time of year for families in need, who are often forced to choose between putting food on the table or buying back-to-school essentials like uniforms and stationery. 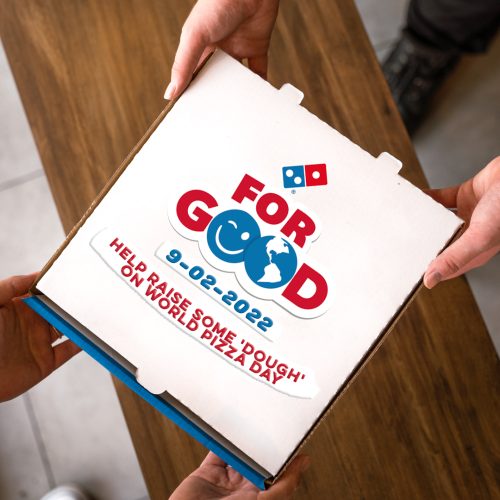 The new Domino’s for Good Day will become an annual event on the company’s fundraising calendar with money raised being donated to a charity each year. Domino’s New Zealand General Manager Cameron Toomey said the opportunity for Domino’s stores to come together on this day in support of KidsCan was a ‘dough’ brainer.

“We are so excited to be launching Domino’s for Good Day, and what better day to do it than one dedicated to celebrating the world’s best sharing food: pizza!

“At Domino’s, we recognise the importance of education for our tamariki, and we also know that the start of the school year is an expensive one for families across the country. We are hoping that by coming together and raising some ‘dough’ for KidsCan this year, we can relieve some of the financial pressure on our most vulnerable families, helping students to enjoy their first days back at school.”

Toomey noted that Domino’s has always been dedicated to giving back to its local communities, whether that is through pizza donations to those in ‘knead’, or raising money for a local cause, because the company believes that everyone deserves a better ‘slice’. 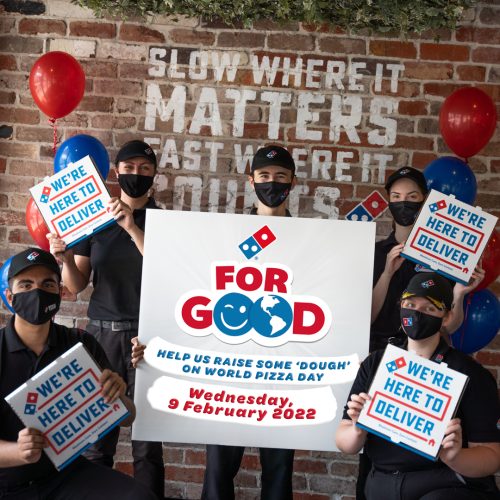 “Domino’s for Good Day is a wonderful way to bring people together every year, while raising funds to support the good work so many New Zealand organisations are doing.”

KidsCan CEO and founder Julie Chapman added that as schools return, families are having to make heartbreaking choices, like whether to equip their children with the tools they need for learning or buy enough food for the week.

“At a time when we know things are going to get more difficult for whanau, to have this support and acknowledgement of our work by Domino’s means a lot to us,” she said.

Domino’s for Good Day will be held annually on 9 February 2022 (World Pizza Day), across Domino’s stores nationally, from open to close.