This week in our Morning Brew series, we profile our first roastery outside of Auckland, Wellington's iconic Coffee Supreme.

"My brew of choice is always changing," says Fraser Lovell, Head of Production and Green Bean Buyer for Coffee Supreme, "hot and black is always the starting point."

Coffee Supreme has its origins in a Wellington cafe called Reds, which opened its doors onto Willis Street in 1993. With the aid of designer Dean Cato, Reds' founders Chris Dillon and Maggie Wells crafted a theatrical space for customers, with slanting walls and hidden lighting. It was unlike anything seen before in Wellington, and it soon took flight.

11 months in, Fraser told R&C Magazine, things went south - Reds received a notice from Inland Revenue. "Their coffee supplier, Belaroma, was going out of business." Believing the success of Reds Cafe was largely down to the quality of its coffee, Dillon and Wells acted quickly. "In an almost overnight decision, they decided to buy the business," and Coffee Supreme was born.

"In those pioneering days, Coffee Supreme was known not only for its signature espresso blend Supreme," says Fraser, "but what we found had to go with it to ensure quality - extensive barista training and technical support." The business has gone from strength to strength ever since, with operations spreading to Christchurch, Auckland, Melbourne, Brisbane, and Tokyo. 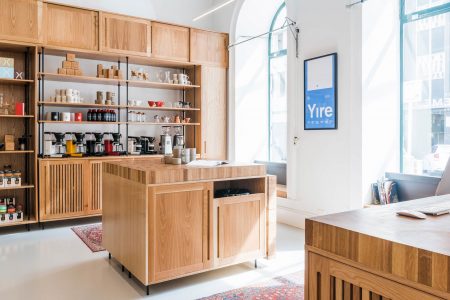 Coffee has come a long way since 1993; the rise of manual brewing methods like pour-over filters, as well as the increasing popularity of single origin beans, has led to a trend for lighter roasts, allowing the flavour inherent to the bean to shine. "I’d argue Coffee Supreme has been the most influential pioneer of that movement in New Zealand," Fraser told us. "At any one time, you can try coffee from a number of different countries. We usually have about ten different Singles on the menu at any one time."

The company still roasts many of its Single Origin beans on a 1950s Probat 22kg roaster, and it's clear that Fraser takes great pride in Supreme's approach to developing a working relationship with its farmers and suppliers. He speaks particularly passionately about their recently-launched Tanna Island coffee, sourced from one of the southernmost islands in Vanuatu, a country not globally renowned for its coffee. "Four years ago we got our first sample of it, and though it wasn’t right immediately for us, we spent the next three years giving feedback about how the quality might be lifted - like the drying process and how the fermentation is controlled." It was a long, drawn-out process, not least due to the seasonal nature of coffee as a crop. But it paid off.

"They [the coffee producers] were able to get development funding in order to make those changes, the coffee has greatly improved and we’re buying it. This relationship cycle, that will lead to greater self-sufficiency for farmers, is incredibly important to us. It also means more and more people will be able to try coffees from interesting parts of the globe that are meeting their full potential." 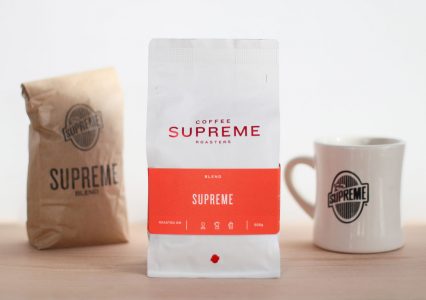 The confidence to commit and forge one's own path is perhaps a crucial characteristic of any successful business, and it's a quality that Coffee Supreme espouses in abundance. In an industry renowned for occasional pomposity, the company recently launched its own version of that most sacrilegious of inventions - instant coffee. "We look at customer needs rather than expectation," Fraser explained. "We identified that our customers were keen to be able to enjoy a cup of Supreme on the go, when they were in those far to reach places with no brewing gear available."

Turns out, instant coffee was a Kiwi invention - in 1890 David Strang of Invercargill patented his "Dry-Hot-Air" manufacturing process. Perhaps appropriately, then, Coffee Supreme now sells specialty instant coffee sachets, made from Colombian beans, and marketed as "The best coffee when you can't have the best coffee." 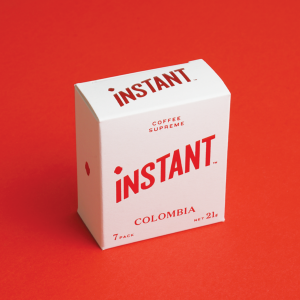 Fraser admits that even he was surprised: "Instant certainly wasn’t what was expected, but we’ve had so much positivity from those who now have Supreme accessible in every circumstance." It was a bold move, and one that many brands with a similar reputation for quality might avoid making. But Supreme has never been about following the crowd; from humble beginnings, they have grown to become a giant of the independent coffee scene without ever losing their reputation for quality and forward-thinking innovation. Their stated goal is to become "the greatest little coffee company in the world," and it looks like they're well on their way.