This week marked the beginning of an important month for some people—‘Dry July’. As a restaurateur, it’s essential to recognise the increasing effect that low- and no-alcohol beverages are having on Kiwi diners and drinkers. In a survey conducted by Seedlip in May of this year, 500 New Zealanders were asked about their drinking habits.

What is sparking this change? Is it changes in the way we perceive drinking? Is it trends in alcohol? Or is it perhaps more related to how people think of, and prioritise, health? Seedlip found that 45 percent of respondents said that their health was the number one factor for drinking less. On top of this, the desire to be healthy has had a particularly strong impact on 18 to 34-year-olds. Bruce Turner, director at Urbanaut Brewing Company, said, “Worldwide people are talking about low- and no-alcohol being one of the biggest growing parts of the industry. But the popularity of these beers in the industry as a whole is definitely increasing.”

While health factors are important for increasingly appearance-focussed generations, other factors are influencing the shift. For example, drinking is becoming less of the focus of social gatherings, and more of a ‘side dish’. The days of heading down to the pub and just having a few drinks are fleeting, as people are moving towards ‘more entertaining’ options. The Viaduct in Auckland is a good example, as it houses many an opportunity for potential drinkers. Dr Rudi’s has a bowling alley in it—an always popular bar that boasts big crowds regularly, as well as it’s neighbour, Holey Moley, a bar/mini-golf course that provides another popular destination for waterfront foot traffic. On top of this, increasing prices of dining and drinking out means that people are increasingly drinking at home, where perhaps moderation and entertainment are viewed differently.

Trends in alcohol are also changing the way we drink. With an increase in craft breweries and distilleries, people are putting quality over quantity more often, opting for cocktails and beers that tick the required flavour boxes, as opposed to merely ticking the booze box.

Especially among younger generations, major drinking changes are being ushered in through the decreasing amount of disposable income/the increasing cost of dining and drinking out, the increased amount of time that people are spending home, the prominence of health-conscious trends and the fact that non-drinking culture is becoming more and more accepted.

So how can restaurants cater to changing drinking habits? Assuming a range of generations and clientele is desired, there are a few recommendations that we can gather from international trends. For instance, the inclusion of low- and no-alcohol beverages is essential. In New Zealand, it is required by law that establishments have low- and no-alcohol offerings, but to retain and attract new customers, a wide range of these beverages is essential. The Seedlip survey found that half of Kiwis are looking at non-alcoholic options when they’re out at least half the time, especially in the 18 to 34-year-old category. Having a drinks menu that offers two or three low- to no-alcohol options is straightaway ignoring up to 50 percent of Kiwi drinkers. Seedlip, for instance, produces the world’s first distilled, non-alcoholic spirits, that are served in more than 250 Michelin-starred restaurants—the perfect solution for what to drink when people aren’t drinking. These versatile spirits can be put into a wide range of non-alcoholic cocktails that look the same as a regular cocktail, and can remove the social stigma one may get if they’re out with people who are drinking, and they are not drinking. Developing a sturdy low- and no-alcoholic beverage menu is imperative as the modern drinker more consistently opts for something lighter. 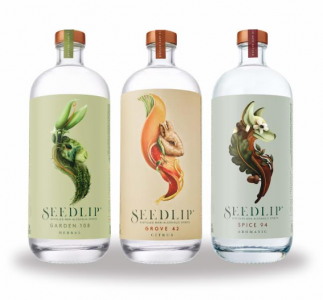 A selection of Seedlip's offerings.

In addition to preparing a good menu, there are other things that restaurants can do to encourage the same sorts of crowds to come out and eat or drink. For example, offering entertainment is an excellent way to retain groups that are drinking less. People that have something to occupy themselves are less likely to get fidgety and leave. Instead of having a beer in front of them that keeps their drinking arm moving, offering an alternative, like board games, or darts, or pool, or mini-golf, or bowling, are sure-fire ways to keep guests coming back. These are also good ways to attract a crowd that have people opting for low- and no-alcoholic options, as they still have ‘something to do’ while they’re out with their friends.

Dry July is an important milestone for many Kiwis. The facts are indisputable, drinking often causes harm on our roads, and in our families. However, drinking responsibly, and being in control of drinking is something that has never been so appealing. With the amount of low- and no-alcohol options available, it is exciting for anyone to go out and have a drink, even those that ‘aren’t drinking’. Restaurants need to look at the trends of New Zealand’s modern drinking culture to establish ways in which they can continue to draw crowds despite the reduction in drinking, and the increase in beverage pricing. Some of these are offering a substantial menu for low- and no-alcohol beverages, providing alternative entertainment, and catering to the health-conscious, and ‘happy-to-be-at-home’ generations coming through.

Find out more information about Seedlip at www.cookandnelson.com / www.seedlipdrinks.com.

There’s nothing more American than a hot dog. No baseball game is complete without a soda and a damp sausage inside an even damper…