Celebrity chef Jax Hamilton loves all cheese, but her personal favourite is dolcelatte.

“I love a blue-veined cheese,” she said. “However this sweeter, softer style is fabulous to eat at room temp with a glass of chilled white or bubbly and also incredible to cook.”

While there has been an influx of genuine European cheese into the market, Hamilton said there was little difference between locally-produced cheese and imported varieties.

“With the artisan New Zealand cheeses, locally produced, I always find that they have a more organic flavour, because of course it’s fresher, hasn’t travelled, especially in my local farmers market. You can actually taste the earth sometimes through the milk.”

That’s not to say that European cheeses don’t have a role to play in her daily cooking – halloumi, feta, parmesan and gouda are all mainstays in her recipes. Sometimes, though, she likes to do something a bit special.

“I do love a baked cheese, it’s so decadent,” she admitted. “A camembert with thyme and honey or encased in sourdough, so you just pull and eat – divine. I’ve also had it stuffed with cranberries wrapped in prosciutto and baked.” 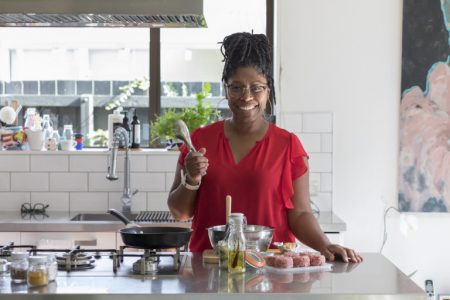 Foodfirst is ready to take 2019 head on. The distribution co-operative has two new team members, Deborah Kan as key account manager and Mark Baker as business…