Good George Brewing is the passion project of some friends who, after years in hospitality and brewing, decided it was time to create their own craft brewery.

Brian Watson, the master brewer at Good George, began brewing with DB and Monteith’s and has worked in the UK, Ireland and Australia over the last 20 years.

“We started Good George nine years ago to show people how good beer can be and that it should be fun and approachable.”

During his career, Watson has become a qualified Brewmaster, judged the World Beer Cup in the US, judged the New Zealand Brewing Awards and won gold medals in competitions in Japan, the UK, Australia and New Zealand.

“A spanner in the works,” is how Watson described the pandemic and lockdowns.

“As an essential service, the manufacturing side of our business has continued, albeit in an altered way, with teams operating in bubbles and socially distanced. 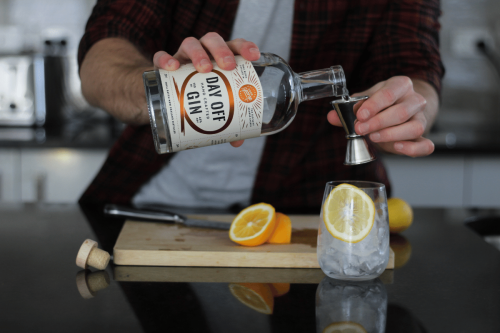 “However, we’ve also had a number of hospitality venues in Auckland and Waikato dealing with coming in and out of lockdown.”

He also noted that distribution channels have all changed as consumers shop differently through different COVID levels, which has also affected different product categories as well.

Staff have also been affected by working on-site differently, from home, or not at all, but Watson said they’ve focused on keeping everyone engaged.

“Keeping the team engaged has been really important throughout, and a challenge with people in different locations and situations.

“The hardest part is that our Auckland hospitality team has been stuck at home for two months now and these are great people who thrive on interacting with customers and the energy that hospitality brings.”

“Courier and freight challenges have been well documented, and affected both raw materials coming in and finished product going out.”

Watson explained that a few of their suppliers were facing production pressures as home consumption had increased. More packaged goods being produced and consumed meant more packaging was required.

“Aluminium can production is constrained worldwide, which is a mix of covid’s impact and a shift in consumer preference from glass, so we need to be innovative there by repurposing and relabelling redundant cans to try and ease the pressure, along with our squealer bottles.” 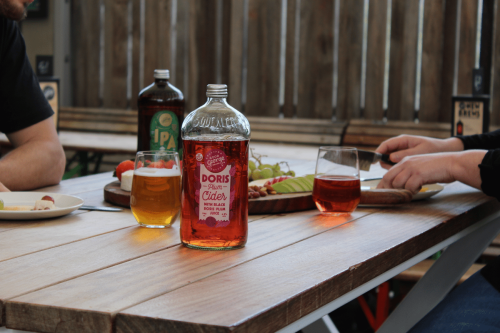 Good George is also incorporating sustainability into its packaging with a project called ‘BottleDrop’.

“This is a programme to take back, wash and reuse our glass squealer bottles, working towards keeping as many of these as possible in a circular economy.

“There are challenges in the operational and logistical side of this, but the team and consumer response has been excellent so we’re looking forward to announcing more on this in due course.”

With bars closed, Good George has focused on keeping in touch with its consumer through online channels.

“Social media and EDMs are a key part of how we communicate what we’re doing and hear what consumers think of products and promotions.

“We’ve also welcomed customers to our online store and embraced offerings that channel allows, such as subscriptions and fresh off the line product releases.”

A recent offering Good George launched was its “Vacci-mates Lager - Brewed for Legends that Vaccinate.”

“Vacci-mates is a conversation starter and a way for us to encourage and celebrate the good that comes from vaccinations - it’s clear that’s the path to hospitality reopening and we’re incredibly eager for that to happen.”

The response has been overwhelmingly positive with just a few anti-comments, said Watson, but the community has defended the product and sentiment.

With vaccination passports in the works, Watson said they would support the initiative for a period of time to help get the vaccination rates up and get venues back open. 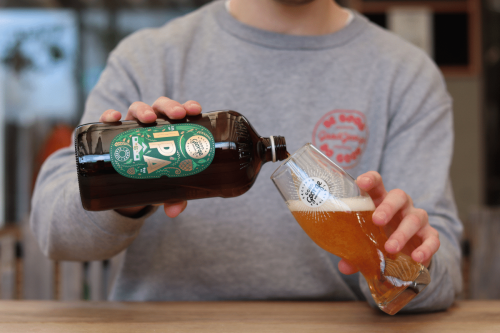 “But that only works if it’s mandated by the government for all hospitality so it’s a level playing field. Making venues decide for themselves whether they only accept unvaccinated people might lead to all sorts of drama.

“The government has laws requiring seat belts in cars, so why not Covid vaccinations if it’s such a public health risk?”

Watson said he would like the government to set a clear plan for the future so businesses can start to plan.

“The uncertainty is the hardest part. I think we have to shift from a climate of fear to make room for some optimism because we can’t stay locked down forever.”

In March 2020, Good George started producing gin, which they are exporting to Australia in December.

“It would be nice to hop over there and help launch and grow our products, but it would be good if we could just have a week of normal trading with all our venues open and to see the smiles of our team and customers.”