The report also provides eight iconic fast-food brands with a framework to measure and manage chicken welfare performance worldwide and is the only tool of its kind available in the world.

The 2021 results are shocking and revealed: 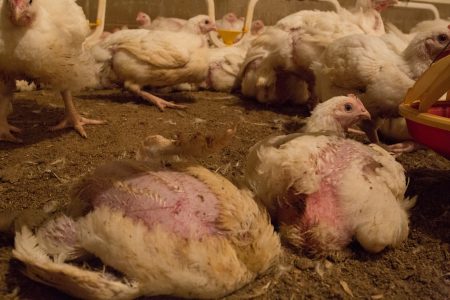 “Big brand restaurants like KFC are denying billions of chickens the chance to see sunlight, grow at a healthy rate or behave naturally, serving up cruelty and fuelling a deadly superbug crisis. If we’ve learned anything from the COVID-19 pandemic, it’s that we must accept that human health is intrinsically linked to the health of animals and the natural world. We cannot go back to business as usual,” expressed Jonty Whittleton, Global Campaign Head at World Animal Protection.

“It’s highly disappointing that KFC New Zealand is refusing to step up to the plate, like many of its European counterparts have done, leaving New Zealand to lag behind on chicken welfare. If KFC in the UK and six countries in Europe can commit to this, why can’t KFC in New Zealand?

As more people take an active interest in the ethics of their food, more companies are taking action on animal welfare. Companies must align with changing consumer behaviour and commit to global policy changes now, or risk getting left behind.”

Animals Aotearoa is a newly established New Zealand based charity, primarily focused on chickens, they are currently running a corporate campaign for better welfare for chickens in Aotearoa.

“Kiwis expect high standards for their animals. It is unacceptable to see that our major fast-food chains are failing chickens. It’s time for them to step up and commit to slower-growing breeds and other welfare improvements.”

You can learn more and sign Animals Aotearoa's call for action here.

World Animal Protection is asking the food industry to commit to global policy changes that will improve the welfare of billions of chickens. Companies are expected to:

You can view the entire report here.

Christchurch’s best-loved commercial bakery and onsite cafe is ready to welcome people with open arms and 1,000 free donuts as part of its annual…