Waikato foodies are in for a treat next week as chef Glen File of Onslow leads a team of second-year Wintec Culinary Arts students to deliver a big city dining experience - ‘Leading the Way Lunch at Wintec’ - as part of the Feast Waikato Festival.

The event, taking place on Thursday 1 April at Windows Restaurant, Wintec Rotokauri Campus, Hamilton, has Wintec alumnus Glen File returning to the training kitchen to deliver a luxurious selection of plates with the inimitable style of Wintec graduate and Honorary Fellow Josh Emett’s Onslow restaurant, where File is head chef.

Leading the Way is a once in a lifetime opportunity for students and diners to experience the rising stars of Aotearoa cuisine in an exclusive chef takeover, and it promises to give guests fantastic food, delicious wine and a glimpse into the culinary future of our country. 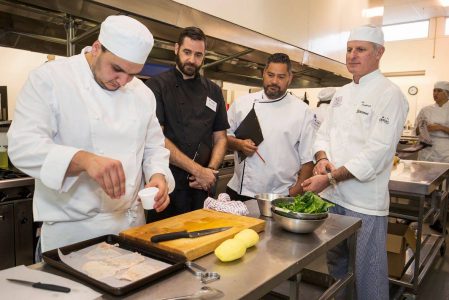 Wintec has been training chefs for decades as the longest-running culinary arts training programme in the Waikato, and many chefs have emerged from the Wintec kitchen to become culinary stars and industry leaders.

File is excited about returning to the place where it all began, and as a Head Chef, is enthusiastic about passing knowledge onto emerging chefs in the industry.

“It’s good to be giving something back, working with Wintec students and inspiring them in their career,” he said.

Describing his cooking style as “redefining the classics with relaxed sophistication, putting a modern twist on them with an emphasis on top ingredients and great flavours,” File has worked in a slew of great restaurants throughout the country.

Since graduating in 1999 from Waikato Polytechnic (now Wintec), Files has worked at high profile restaurants including Boulcott Street Bistro, The Grange and Baduzzi, and since his position at the helm of Onslow, has received several accolades including a coveted Two Hats.

The students involved will be working in the kitchen at the event in a variety of roles, from sous chef to pastry specialist, and Wintec Restaurant Service students will help in delivering the service of the event.

Students are a key focus of this collaboration between File, Wintec Hospitality and Vilagrad Winery, as not only does the event support emerging chefs as they begin their journey in the culinary arts, but all proceeds from ticket sales will be donated to the Wintec Manaaki Financial Support Grant that supports current Wintec students. 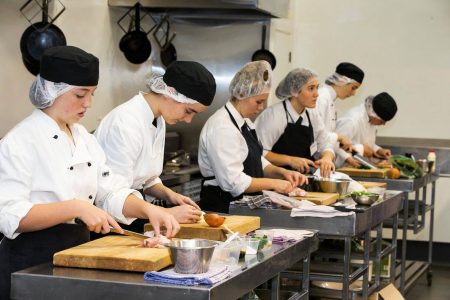 The three-course meal includes a fresh and invigorating tuna tartare with heirloom tomatoes, a hearty braised short rib, and finishes off with a classic chocolate mousse with peanut butter parfait.

Each course is paired with wine selected from award-winning Waikato Winery Vilagrad, and Chef/Winemaker and Wintec tutor, Kristian Nooyen, will be joining the dining experience telling the unique story of how his whānau has successfully produced wine in the Waikato region for four generations.

The event is part of Feast Waikato, taking place in various areas of the Waikato from Wednesday 31 March to Monday 5 April. Get your tickets for $89 now from the Waikato Food Inc. website.

Discover more about studying Hospitality and Cookery at Wintec.

A New Zealand business passionate about connecting people to their environment through successful collaborations has announced a fundraising initiative. Elemento, which offers custom method…