Food delivery company Uber Eats is to test a pilot scheme delivering food by drone in the United States.

Orders will be put into specialised food transportation boxes attached to a drone for delivery. Uber will then locate a space close to the customer's home to land the drone and an Uber driver partner will locate the order, take the food out of the box, and manually deliver it to the customer's front door.

The announcement comes 10 months after Uber first started testing drone food delivery technology. McDonald's is the first restaurant partner to sign up for the scheme, with other Uber Eats restaurants set to join later this year.

Data collected by the drone delivery system will be used as a foundation for Uber Elevate, the company's planned aerial ridesharing network of flying taxis. Uber Elevate will be trialled in Melbourne, Dallas, and Los Angeles next year.

"We know the demand is there. We like to think of it as the natural evolution of transportation," said Uber Elevate head of flight operations Luke Fisher. "Hundreds of years ago people would have never thought about flying across the country or across the world, now it's just natural. We're at this inflexion point again where we realise this is a natural evolution and that it is coming." 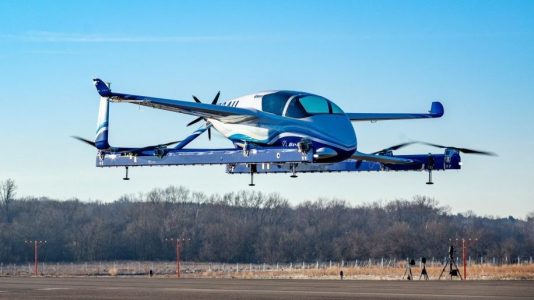 At the end of May, the Bayfair Shopping Centre will receive a touch of the international with the arrival of its new alfresco dining…