Tino Passano of Tantalus Estate Vineyard hopped from island to island before settling down on Waiheke. Originally from South Africa, Passano has spent time on Herm Island, a part of the Channel Islands, which are under the protection of the UK. Passano initially moved to Waiheke for six months, but after nearly six years at Mudbrick Vineyard and Restaurant on the island, decided to call Tantalus Estate, and Waiheke, his second home.

“I grew up in a family where food is incredibly important,” said Passano. “Breakfast, snacks, dinners, you name it, food is always the discussion point.” Growing up, Passano’s mother ran a catering company, and he would often find himself creating and trying new things in the kitchen while helping her out. “I had the choice of then becoming a chef, or an accountant—luckily, I made the right choice and became a chef.”

Passano first started at Tantalus Estate in 2016 as sous chef, where he was promoted to head chef in 2017. “My role as head chef is to keep developing new ideas and growing/teaching new chefs in the industry.” Passano noted that the last three years had shown growth for both the restaurant and for himself. “Tantalus is an up and coming spot on Waiheke Island, attracting lots of overseas and high-end clientele. We are also expanding into dinner service soon that will set us with some new challenges.”

In Passano’s menus, he likes to include tastes of South Africa. This perhaps is a good indication why Passano enjoys barbecuing, or braaing in South Africa, as well as braising and curing/ageing. “My cuisine focuses on the abundance of New Zealand resources while adding in flavours of my heritage.” One of Passano’s favourite dishes consists of barbecue chicken wings and a braai broodjies (a toasted sandwich on the barbecue). 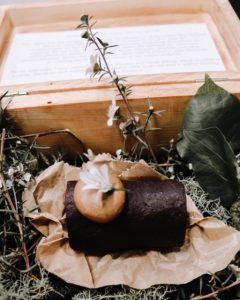 Recently, Passano won the Australasian Tapas Competition and earned his way to the International Tapas Competition held in Spain. “The competition consists of creating your very own take on a tapas. The approach I took was a twist on a Kiwi classic, the sausage roll. In preparation for this, I ate sausage rolls more than once—a lot of trial and error.” Competitors were given 25 minutes to create their dishes and were judged on presentation, flavour, originality, and business potential. The Australasian Tapas Competition was held at Ignite College in Auckland, and Passano noted that without the help from the college, Jasbir Kaur, the GM at Ignite College, E-Spain and Great Taste NZ, both of whom are sponsors, the opportunity would not have been possible. As Passano looks towards the World Championships, he said that the competition would be tough in terms of his highly-skilled competitors, and the scale will present a personal challenge, too.

Ahead of Passano’s big competition, taking place later this year, Passano hopes to be able to keep pushing himself to exceed expectation. His plans for the future include growing the team he has at Tantalus into something bigger and stronger, as well as maintaining his own high standards and focussing on being a leader.

Starbucks is (finally) coming to Italy in late 2018 and is already disrupting this conservative coffee market. Just like Domino’s Pizza and McDonald’s before…