HOW ARE DINING TRENDS AMONGST THE UNIVERSITY-AGED SHAPING FOODSERVICE?

One of the key takeaways for the university-aged consumer is the desire for international flavours and cuisines. “Some students like to eat something that identically replicates the origin dish, some students want to eat something that tastes the way they now make the same dish at home, and some students want to eat the blended version that has come from the mixing of the original dish and the adopted country’s palate,” said Bill Laychur, corporate executive chef, Pennsylvania State University. The world is increasingly connected, and the average university student has travelled a lot more than generations past. Whether they have physically travelled, or experienced travel through TV shows, or social media, there is a heightened sense of globalism inherent in this age group. 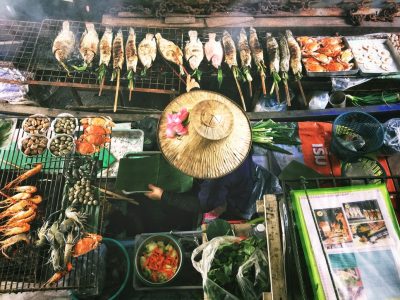 Plant-based is something that is seen differently from the lens of a university student. It’s no longer something obscure, nor is it a fast-fading fad. Plant-based eating is commonplace, or at least is widely accepted, and expected to be catered to. Many university students are aware of the impacts that animal-based farming has on the planet. Given that younger generations will also be the ones continuing on the climate change action into the future, there is a growing concern surrounding the effect our diets have on the planet. Although not every student wants to eat nothing but vegetables, plant-based eating is at least in part, the future of foodservice. “What we’ve been doing is more about reducing the amount of animal protein in diets, and moving more towards vegetables,” said Laychur. He continued by saying that it’s not about choosing one or the other; it’s about finding a balance and understanding the benefits of a flexitarian diet. John Gray, senior executive chef at the University of Maryland, noted a general increase in the amount of vegetables consumed over the years as well, not just amongst vegetarians. He said that although there has been a general increase in demand for a plant-based diet, there is a more general acceptance of a diet consisting of plant-based options. “Students aren’t necessarily asking for it, but they’re eating what we’re making, and we make a lot of plant-based options,” said Gray.

Restaurateurs have a lot to take into account when it comes to analysing the average student diet. Ethnic and international cuisine are always going to be popular, something that New Zealand provides plenty of options in. Not just students, but people, in general, want to know about their food, and where it comes from. This is represented in the students’ desire to eat authentic produce, sourced ethically and responsibly. In a globally connected world, there is access to in-depth knowledge of food through various online mediums that previous generations have not had the luxury of. It also is largely based on choice—people want to be able to choose from a range of appealing options. Plant-based is one of these options. If the world is moving towards a diet of less meat, people need to be offered the choice of interesting plant-based options; otherwise, it is unlikely that staunch meat-eaters will be swayed.

The sphere of university perhaps doesn’t represent the generation dining out the most right now, but it showcases a glimpse of what to expect in the coming years.

Pete started brewing natural fruit drinks using locally grown fruit in 2010, and his delicious range has just had a makeover and an extension,…