The innovative spirit company has found a way to produce premium rum without an ageing process, and use exotic woods to take flavour expressions to a new level.

“This launch represents a milestone for British rum production,” said Dr John Walters, master distiller at English Spirit. “We are putting a marker into the ground that Britain can produce a premium, quality rum, and it’s the perfect testament to a legendary British explorer.”

“Rum has always been associated with exploration and adventure, but I only wanted to work with a distillery that was daring and determined,” said Sir Ranulph Fiennes. “When Dr John told me of the world’s doubt that Britain could make a truly great rum, well, that sealed the deal. From that moment, we aimed to tread new ground.”

The resulting rum is triple distilled from 100 percent pure sugar cane molasses and has an unbeatable rich flavour. The rum is uniquely golden with a distinctly British character.3 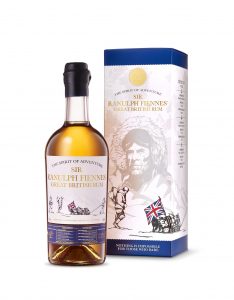 Freshly produced Ceylon tea is transformed into a tea concentrate within hours of picking using state of the art, ISO 9001: 2008 & ISO…