Even before you enter the doors, the colours and vibrance of 1950s South America spill out from Havana Coffee Works’ new roastery in Auckland, transporting you to the streets of Cuba (or, at the very least, to Cuba street Wellington – close to Havana Coffee’s HQ). 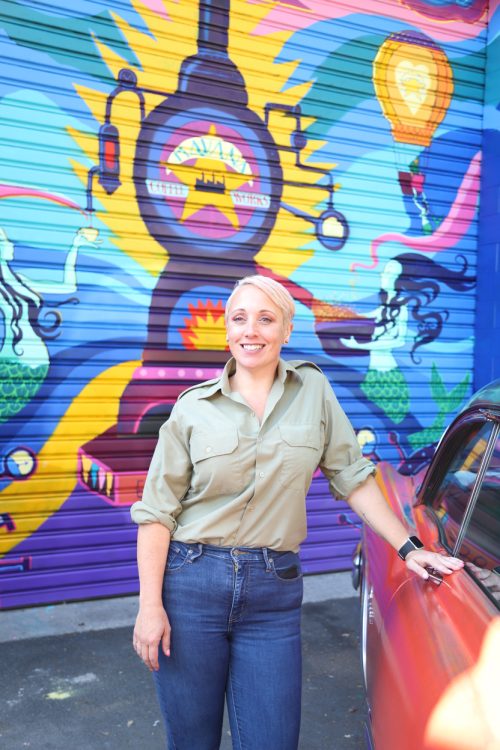 In fact, you can see the brilliant work by artist Stephen Templar that adorns the outside of the site from metres away, a bright beacon calling out to coffee aficionados throughout the city. Templar has worked with Havana for the best part of 20 years and his work encapsulates Havana Coffee’s fun aesthetic.

Around $2 million has been invested by parent company Lion NZ in the new 756m2 site at 69 St Georges Bay Rd, which includes a roastery, logistics, servicing and training hub, and espresso bar and will add 19 people to the Havana Coffee Works team.

“Havana was revolutionary when it started out in the 80s and it has held onto its artisan, counterculture character while steadily growing in popularity,” noted Havana Coffee Works General Manager, Lee Brown.

“Havana’s Wellington HQ remains iconic, but with limited space, capital investment in a second location was the logical decision. The new site enables us to significantly increase production capacity to meet growing demand. Having a physical presence in Auckland also improves our ability to be able to support, train and service a wider range of customers in more locations, as well as mitigate risk which has become ever-more critical these past two years.”

Inspiration for the Auckland site has come from Havana’s HQ which is housed in a 1959 Art Deco building in Wellington. The industrial setting has been transformed into the kind of space you could imagine a modern-day Hemmingway would choose to hang out, effortlessly cool but welcoming at the same time. 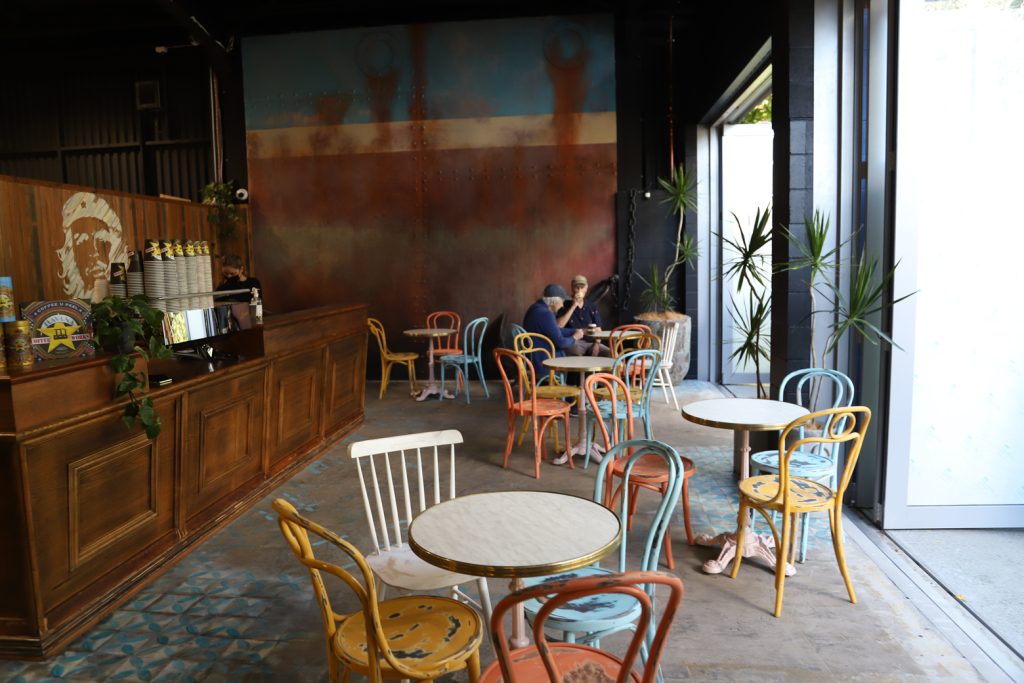 These Art Deco accents combine with nautical elements reflective of this site's home in the city of sails. Havana worked closely with design and fit-out specialists, Unique Creative to create, among other elements, features on the wall and bench that resemble the side of an ocean liner. A real anchor, proudly salvaged by Havana's project lead and operations manager, Sam Clifford from the Moa (which shipwrecked on the Big Wanganui River in 1935) gives it that unique finishing touch. 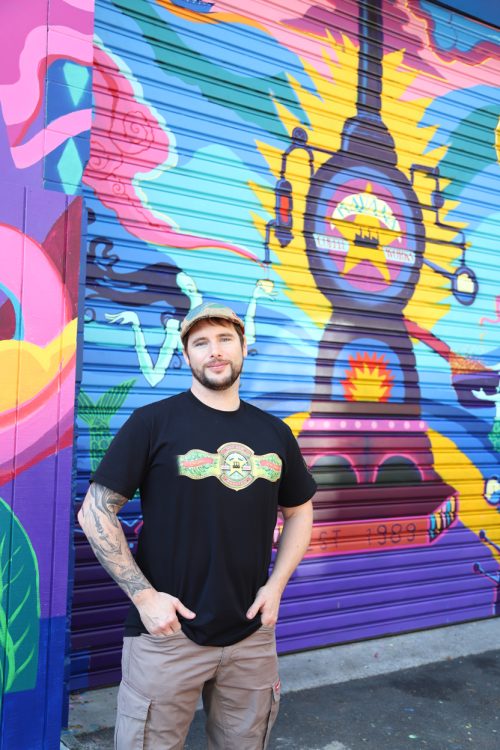 Brown explained that the idea was to have a roastery open to the public, a space where people could truly feel a part of the Havana Coffee brand and story. The open-plan layout, where you can see green beans arriving, roasted to perfection, carefully blended, and bagged before your very eyes has broken down the barrier between barista and coffee-drinker.

“Havana describes itself as the CoffeeUFeel, which is about the spiritual connection to the coffee not just about the caffeine.

“Havana Coffee Works Auckland encapsulates our #CoffeeUFeel mantra in every detail. From the stunning custom Stephen Templer mural exploding off the building front to used furniture which has been upcycled and repurposed throughout,” continued Brown.

The repurposing of elements – including the huge wooden crate Havana’s Loring s70 hot-air powered roaster arrived in – speaks to Havana’s commitment to sustainability. A commitment that starts with the one-on-one relationship the brand has with its coffee growers.

“Sustainability and quality are inextricably linked with Havana. These guiding principles are what drove Havana’s original move to hot-air roasting. The iconic Loring S70 Roaster produces 70 percent fewer carbon emissions, while replicating the same high-quality single-origin coffee and blends as in Wellington.”

Aotearoa is in the top 20 globally for coffee consumption per capita. Kiwis drink their way through around 10,700 tonnes of coffee beans per year, across all formats from instant coffee to café espresso. New Zealand’s love of coffee has remained strong through the pandemic and the market is still growing, though where and how Kiwis drink coffee is changing with more people working from home. 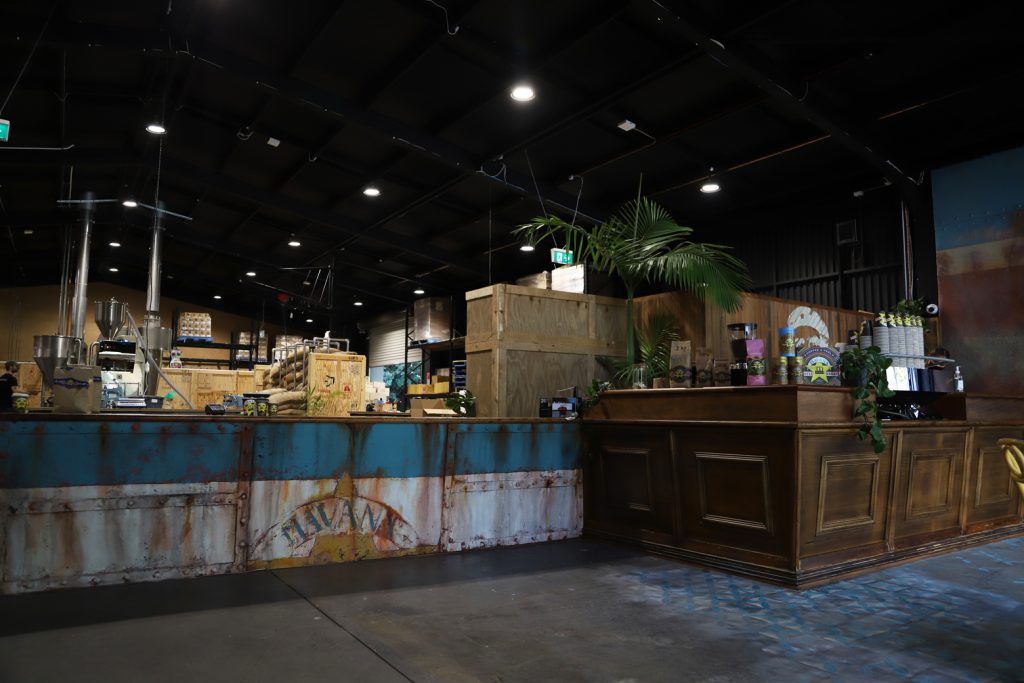 “We have a vibrant café culture, but more and more people are now seeking that same high-quality coffee experience at home. In the past year, coffee bean sales in the supermarket category have grown around 25 percent, led by premium brands.”

The daily coffee ritual is still very much a part of people’s lives to energize and reward themselves, however, and Havana’s new space is at once a coffee-lover’s paradise, chill but exciting café space and retail dispensary. With many ‘Instagram-worthy’ spots, Havana Coffee Works is evolving along with the consumer, creating a true brand experience.

“Havana joined Lion in 2018 and we are excited to be investing in the brand and growing the team,” concluded Brown.

“The Havana team is thrilled to bring the full CoffeeUFeel experience to Auckland.”

Havana Coffee Works Auckland is now officially open in Parnell, just look for the vibrant colours, listen out for the cool South American sounds, and follow the sweet smell of finely roasted coffee.