The global coffee powerhouse, Starbucks has reached a level of global domination only ever thought to held by the likes of McDonalds and KFC. Marketing has played a big part in their success as has celebrity endorsements. As part of the company’s marketing ploy, they have been known to concoct crazy coffee combinations and advertise them as special Limited Edition Frappuccinos.

Early this year, however, the company announced that it would be reducing the number of limited edition drinks by 30 per cent stating that they were not as popular with consumers and were often loathed by staff as they were generally more labour intensive to make. To show you just how special some of these frappuccinos are, here are some of the most outrageous, most brightly coloured, most diabetes inducing limited edition Starbucks frappuccinos. 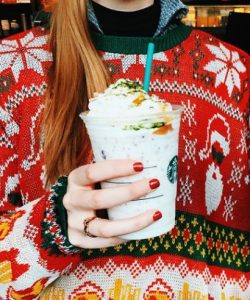 Released in December 2016 the Fruitcake Frappuccino was less about looks and more about flavour.  A combination of hazelnut creme, cinnamon, whipped cream, caramel dots, matcha and dried fruits it went well with a Christmas jumper and some snow. 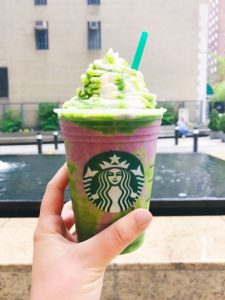 Starbucks has indeed jumped on the mythical creatures bandwagon with the likes of Unicorn and Dragon Frappuccinos. The Mermaid Frappuccino was so popular that it became a permanent fixture on the secret menu. The drink was a combination of a vanilla bean frappuccino, matcha powder, blended blackberries and cream. 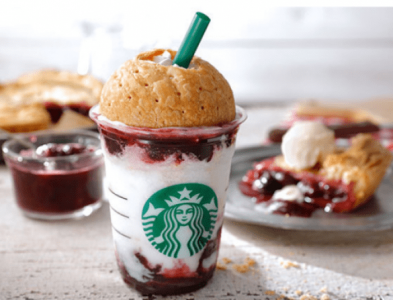 Launched last year in Japan the Cherry Pie Frappuccino was a pastry engineering feat. Layers of cherry compote are combined with vanilla foam and then topped with whipped cream and more cherry compote. The piece de resistance, however, is the pastry dome that sits on top with a straw poked through the middle. 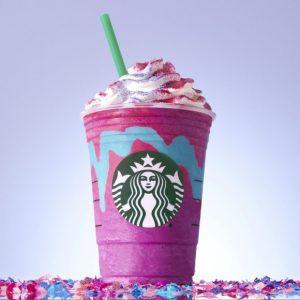 This magical brightly coloured concoction was released earlier this year in March. Available in only the US, Canada and Mexico the drink, described by Starbucks as “sweet and fruity, transforming to pleasantly sour,” mainly received harsh criticism over its unusual taste and 59 grams of sugar. 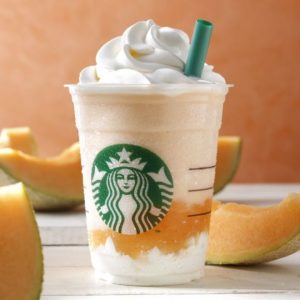 Introduced to the public during a fashion show in Japan, the Cantaloupe Melon and Crème Frappuccino was an instant hit. The pannacotta flavoured drink was lined with cantaloupe and melon and topped with a generous serving of whipped crème. 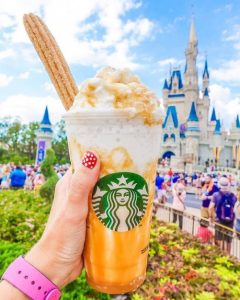 Slightly more reserved than the Unicorn Frappuccino, this limited-edition coffee is technically still available via the franchises secret menu. Made using a combination of the original Vanilla Bean Frappuccino with the addition of cinnamon dolce syrup, white mocha syrup and cinnamon sprinkles it is popular among Starbucks regulars.

Another coffee that has endured the length of time, the Cotton Candy Frappuccino can still be found on the Starbucks secret menu. A basic combination, this drink is only made up of a Vanilla Bean Frappuccino and pumps of raspberry syrup. 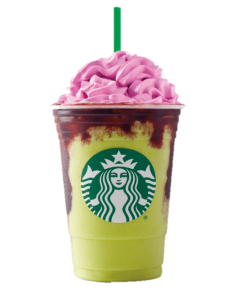 Launched in October last year the Zombie Frappuccino received mixed reviews. With just about as much sugar as the Unicorn Frappuccino, this drink was made for Halloween. A mix of green tart apple and caramel-flavoured crème blend, a red mocha syrup, and pink whipped cream, the cold coffee brew become an instant Instagram success. 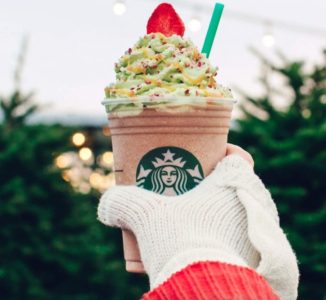 Released for the festive season in 2017 the Christmas Tree Frappuccino was available to customers for just five days. The coffee was a mixture of a cool Peppermint Frappuccino, green matcha whipped crème, caramel garland, candied cranberries and was topped with a strawberry. The drink was well received by consumers and quickly started popping up on social media. 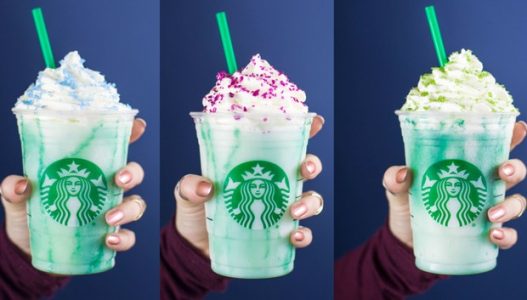 Released in March of this year the Crystal Ball Frappuccino became an instant social media hit. The drink was available in three variations; blue for future adventures, green for good luck and purple for possible enchantment headed your way.