A report into the Royal New Zealand Returned and Services Association earlier this year found that there were serious issues with the way the organisation is run, and that it needs to attract new members in order to stay afloat and provide support for returned servicemen and women. However, when approached by Restaurant & Café, many of the RSAs around the country were unaware that the report had even been carried out.

The report, by Christopher Hodson, QC, was commissioned to investigate structural issues within the RSA, but resulted in a document which questioned the very viability of the ongoing existence of the organisation. While Hodson acknowledged that his comments fell outside of his original brief, he felt obliged to include them due to the “universal concern about the effect of the ageing process on the organisation, coupled with the need to increase younger membership.”

“To survive at all the organisation needs to demonstrate relevance to the community and to recognise and meet the needs of those whom its existence is designed to support. These issues present as uppermost in very many if not all minds.”

The RSA was formed after wounded soldiers returned home from Gallipoli in 1916. It is one of the oldest ex-service organisations in the world and runs initiatives like Poppy Day to raise funds for the welfare of all service personnel and their families. However, as the vast majority of veterans from World War I and World War II have passed away, the RSA has been faced with the challenge of engaging veterans from contemporary conflicts such as Bosnia, Timor, the Solomon Islands, the Middle East and Afghanistan.

Minister of Defence Ron Mark has committed over $1 million in funding to the RSA since 2017, and while he acknowledged the shortcomings of the organisation, he also believed that it was heading in the right direction. He called on RSA chapters to improve their clubrooms.

“There is very little evidence in decor, music, atmosphere that would encourage young men and women of the day to walk through those doors.”

In a speech to the RSA National Conference, Mark recalled his disappointment at hearing about the closure of the Taupo RSA.

“It guts me that in a place like the central plateau, with Waiouru just down the road, that you would lose a place like the RSA,” he said. “The irony for me is that we then retired to the Onward Bar.  The Onward Bar is a bar set up by a contemporary veteran, who did service in the New Zealand Army, and then was injured doing private security in Iraq. Out of his own money, he set up a bar as a place where people can go. It’s more like a museum than a bar, and it looks like a lot of the RSA’s looked like, with a lot of paraphernalia, the difference being is that this bar reflects more contemporary vets.”

Closure is a very real possibility for a number of RSA branches around the country. Clubrooms are forced to downsize and move into spaces without a kitchen or bar facility, which deprives the clubs of a crucial revenue stream. Theodore Kuper, president of Wellington RSA, said that the branch in the capital no longer has a clubroom and primarily focuses on providing welfare to its members through its support advisors. The branch holds monthly luncheons for its members in various restaurants around the Wellington CBD.

"We desperately need them, I think it is going to be a really positive thing because we just have too many clubs in Whanganui. A lot of questions were asked, but the vote was unanimous.”

“When I first joined the RSA, I would have been dead against it,” President of the RSA Geoff Chowles said. “Having been a committee member and vice president, having close contact with the figures and things like that, I knew that this had to happen.”

RSA president Barry Clark said that the issue of membership was something that the organisation was actively targeting.

“We need to look at changing our offering. We have acknowledged this some time ago and have been working very hard with our RSAs over the need to change.”

Waihi Beach RSA secretary Bob Firth said that the executive discussed the report upon its release, and that they felt they were already doing the things recommended.

“The comments, while very pertinent to some clubs, were certainly thought-provoking and helpful for us,” he said. “We are constantly changing and improving meals, drinks, coffee, the kids club, facilities and service for our members.”

Firth acknowledged that Waihi Beach was in a fortunate position being a beach resort as there wasn’t a lot of opposition. The Waihi Beach RSA has an annual turnover of over $2 million and currently has 3700 members. 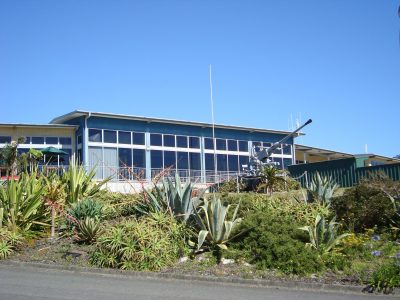 In a New Zealand first, coffee cups across the country will be collected and recycled into paper from today, thanks to the introduction of…