Canadian director James Cameron ruffled some (free-range, organic) feathers earlier last month when he expressed his desire for New Zealand to become a meatless society. "We're not here to get New Zealanders to change," Cameron said, "Everybody has to change."

The Terminator director, who splits his time between Malibu, California and Wairarapa, has been vegan since 2012, and argued that "New Zealand isn't living up to its own image of itself and the image that it projects to the world as the clean, green place." 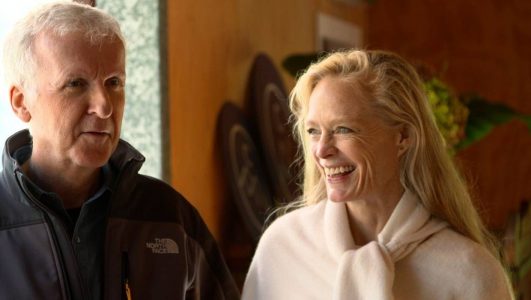 His solution for all this pollution? Factories.

Plant-based substitutes for animal products are nothing new. Seitan, a meat-like substance made from wheat gluten, has been around in China for at least 1500 years, and tofu - a protein-rich staple made from coagulated soy milk - even longer. Recently, however, manufacturers have stepped up their game, creating products that don't just provide an alternative protein source to animal products, but attempt to replicate the experience of eating meat entirely. 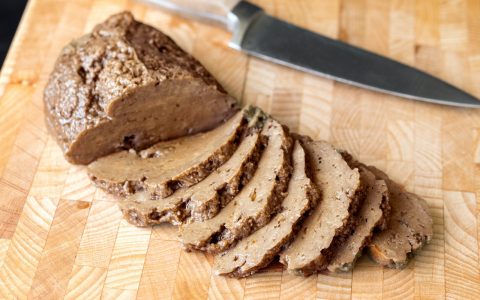 Seitan is made from wheat gluten, a plant-based protein.

The two main players on the world stage at the moment are Beyond Meat, whose Beyond Burger has made it onto the menu of HELL Pizza here in New Zealand, and Impossible Foods, whose Impossible Burger is now available at Burger King across the USA.

Both of these California-based companies have similar marketing strategies, describing themselves as "the future of protein," and referring to animal-based meat (or, 'meat') as "prehistoric and destructive technology." They are understandably keen to demonise that which they seek to replace, pulling the rug out from under the consumer's feet by bombarding them with statistics and data about the destructiveness of animal agriculture, before reassuring them that their product - a patty made from plants - is The Solution. "We can eat all the meat we want, for as long as we want," say Impossible Foods - so long as it's not really meat. 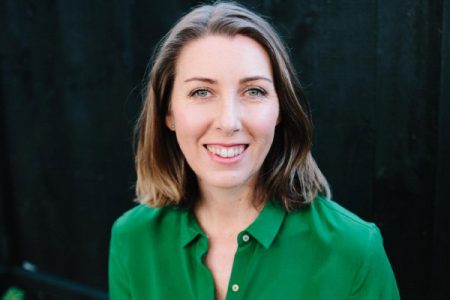 Niki Bezzant (nikibezzant.com) is the editor of the Healthy Food Guide and a regular food columnist at the New Zealand Herald. R&C asked about the potential benefits of new plant-based meat substitutes. "I think they are potentially useful as 'transition' foods if people are wanting to move to meat-free meals," Niki told us. "If they help people who are eating a bit too much red meat to eat a bit less, that’s a good thing. Whether they're healthy or not is debatable."

"These foods are generally highly processed. They contain lots of ingredients you wouldn’t necessarily have in your kitchen," Niki went on to explain. "Nutritionally I don’t think they have that much going for them, except that they are a source of protein."

Protein was also the key takeaway from our discussion with dietitian and self-described foodie Elise Penning.

"The beyond Burger product contains pea protein isolate which, when used as a supplement, there is good evidence that it can be helpful," Elise told us. "There are not many plant-based foods that do have all the essential amino acids." Elise runs a blog -fastfeastswithelise.com - where she offers nutritional advice and recipes to folks wanting to improve their health through food, with plenty of gluten, dairy, egg, and nut-free options available. 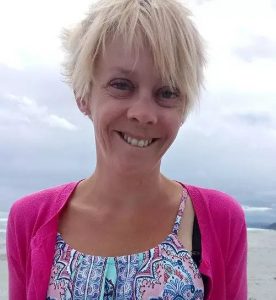 "There’s plenty of evidence to show that eating meat is a great addition to a healthy diet," said Elise. "All foods can be part of a healthful diet – it's the overall picture of the diet and exercise behaviours that matter."

There's no denying that plant-based eating is on the rise: 1 in 10 Kiwis now describe their diets as mostly or entirely meat-free; that's up from just 1 in 25 back in 2014. And it's almost certainly a good thing. Few could argue against the fact that many New Zealanders would benefit from increasing their intake of fruits and vegetables, and current meat consumption levels in developed countries will no doubt be unsustainable on a planet of 10 billion people - the projected global population by 2050.

But food innovators - who are faced with the massive task of feeding this enormous population - should be wary of throwing humanity out of the frying pan of unsustainable agriculture and into the fire of a health epidemic.

Revolutionary industrial food manufacturing in the early 20th century led to the widespread availability of shiny, glamorous new processed food and drink products. Sugary sodas, processed meats, and snacks laced with high-fructose corn syrup lined supermarket shelves across the globe. In response, the waistlines of the Western world ballooned, as did incidences of heart attacks and high blood pressure. 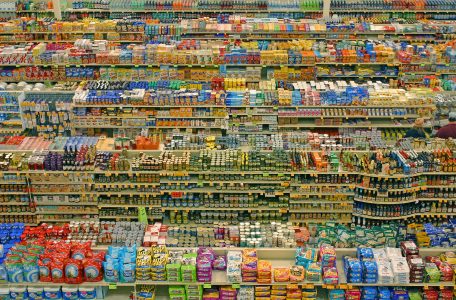 Whatever you think about the healthiness or lack thereof of meat - a food group that humanity has been consuming, in moderate amounts, for at least 2.6 million years - it should be self-evident that, just as a Haribo strawberry is no substitute for the real thing, smashing together a bunch of ingredients and coming up with a product that looks and tastes like meat - however technically difficult that process may be - does not mean that you have created meat from plants.

Surimi is not crab, orange soda is not orange juice, and Beyond Meat is not meat. Hopefully, that statement is not controversial. As we look ahead to the potentially plant-heavy cuisine of the future, perhaps these substitutes can play a crucial role in supplementing humanity's 'meat' intake, especially (as is already the case) when it comes to processed meats like burgers. But to expect, like James Cameron, that pea-based protein products will be a complete and healthful replacement for all meat is perhaps wishful thinking.

Perhaps in times like these we should look to leadership for inspiration. When asked about the growing trend for plant-based dining, Prime Minister Jacinda Ardern replied, "I'm from the Waikato. I don't know that I'd be allowed to go home if I became vegan," before commenting, "I love cheese."

A charity has been set up by farmers to help put food on the tables of hungry Kiwis. South Island farmers Siobhan O’Malley and…