The World Association of Chefs’ Societies has partnered with the Space Club Kitchen and the Frankfurt event and festival agency BigCityBeats GmbH. Its CEO Bernd Breiter met Worldchefs President Thomas Gugler in Saudia Arabia and inspired him with an incredible concept: to create the largest club dinner event in the history of mankind.

As part of the “BigCityBeats Space Club Kitchen,” the whole world will cook a complete meal together with ESA astronaut Matthias Maurer on the International Space station ISS in March 2022. 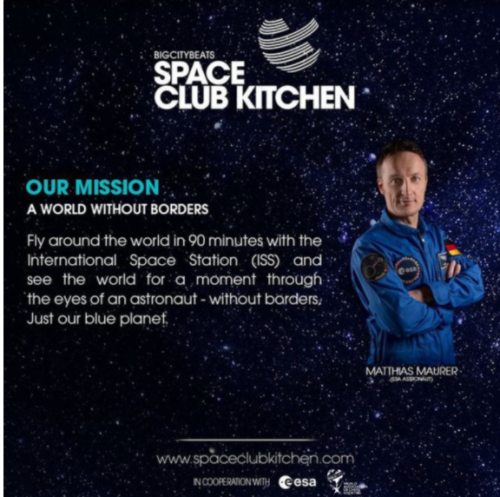 To allow everyone the opportunity to take part and prepare the dish together, an internet stream from the ISS and more than 50 global dinner events will appear on humanity’s most iconic monuments such as the pyramids, while also being broadcast on television.

The ISS-suitable Indonesian goulash (“rendang”), which will be cooked together across the world, was developed by TV star chef Tim Mälzer in cooperation with LSG Sky Chefs for space. At the same time, the campaign is also the launchpad for Breiter’s One Billion Meals Foundation, whose mission is to collect 1 billion food donations for aid organisations. 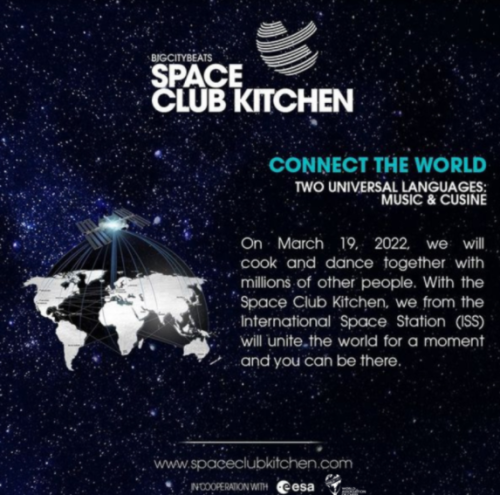 Bernd Breiter is supported in this venture by the German aid organization Wings of Help (WoH), which helps people in need around the world. In 2012, Wings of Help was recognized by the World Association of Chefs’ Societies for its fight against hunger, with the World Humanitarian Award, which is only given to recipients every four years.

“I think this is the biggest thing that can happen. Music, food, everything together is the perfect combination to unite people and bring them closer together,” expressed Thomas Andreas Gugler, VP of a multi-billion-dollar organisation and President of Worldchefs. 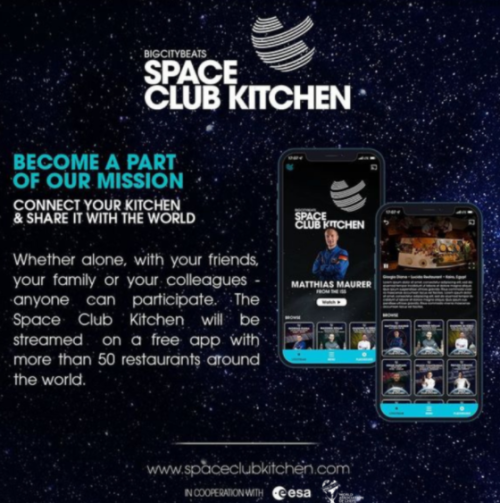 “I think it’s the perfect formula to create the combination between mother earth and the universe. And in the end, when billions of people in space and on Earth eat the same dish at the same time, it becomes the aha- effect. It can be bigger than the Olympics. It can become the millennium event, developed by Bernd Breiter and BigCityBeats in cooperation with Worldchefs.”

“I am proud that Worldchefs is on board the BigCityBeats Space Club Kitchen and support our concept of bringing the whole world together to one table. Together we unite the whole of humanity through the two universal languages music and cuisine,” added Bernd Breiter CEO and founder of BigCityBeats and initiator of this event. 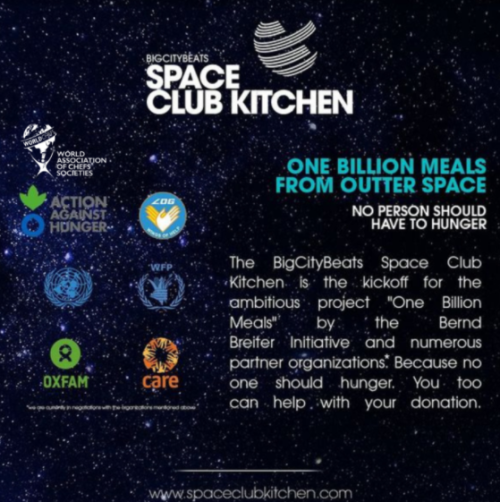 Music label, radio shows, event and festival agency, merchandise sales, live entertainment – BigCityBeats has been one of the most successful brands in Europe for 17 years. Launched with this in mind, BigCityBeats developed into a platform shortly after the incredible success of its launch at the beginning of the new millennium, redefining event productions and putting their own fresh new stamp on the industry.