Milkshakes and smoothies are continuing to gain traction in foodservice, with menu penetration currently standing at 11.4% and 8.3%, respectively, per Datassential MenuTrends. They’re most commonly found in national chains, on dessert and snack menus, but are increasingly becoming part of the healthy food revolution. 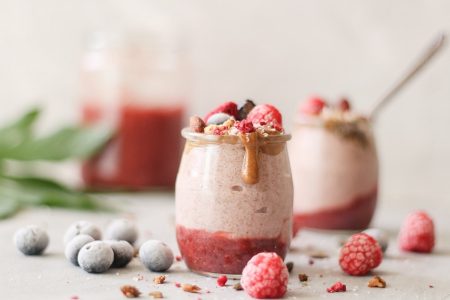 Although milkshakes traditionally have been viewed as either dessert items or meal accompaniments, Datassential’s December 2019 Snacking SNAP! Keynote Report shows they, and smoothies, also satisfy between-meal snacking occasions. In fact, nearly half (47%) of Americans surveyed by Datassential said they’re likely to order a blended beverage as a snack.

Given this consumer behaviour insight, it’s not entirely surprising that shakes and smoothies are converging in terms of the ingredients they feature, including dessert flavours as well as healthy options, and the consumer needs they satisfy. 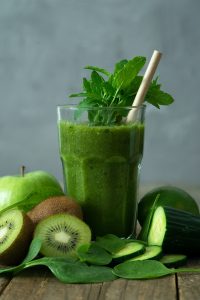 Both refreshing and portable, shakes and smoothies allow operators to experiment with different flavour combinations and busy consumers to satiate hunger or satisfy a craving on the go. Some of the healthier features typically associated with smoothies (such as plant-based dairy alternatives) have begun appearing in the milkshake category, however, and both milkshakes and smoothies increasingly have overlapped with blended coffee drinks.

Seasonal: Operators are increasingly using the term “seasonal” in their milkshake descriptions (up 17% since 2015), as they incorporate such ingredients as pumpkin, cinnamon, and seasonal fruits.

Nostalgia: Some of these formats as flavours overlap with the trend toward nostalgic milkshake offerings like birthday cake, which is up 160% in the last four years as a milkshake flavour, as well as cotton candy (up 230%).

Savoury ingredients: The combination of sweet and savoury has been trending in desserts (and other areas of the menu), featuring such ingredients as bacon (up 171%) and pretzels (up 81%). “Those ingredients also add texture and can create an experience,” said  Howe. 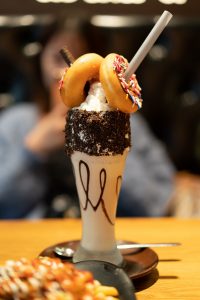 Extreme shakes and inclusions: Although some industry observers say the days of the “extreme shake” are numbered, operators continue to embrace them—a result, perhaps, of their social media appeal. Colourful inclusions are related to this trend; the term “candy” alone is up 182% on milkshake menu descriptions in the last four years, according to Datassential. “Candy inclusions, sprinkles, cereal and bacon all speak to some of the trends we’re seeing” for Instagram-ready food, Howe confirms.

Better-for-you claims and ingredients are appearing on milkshake menus as well. The term “organic” has grown 262% in the last four years, for example, while “vegan” has increased 221%. “Gluten-free” is up 125%, and “protein” has risen 40%. Just as vegan milkshakes are on the rise, so, too, are dairy substitutes such as almond milk (up 15%).

Smoothie innovation is keeping pace with shakes as consumers increasingly gravitate to smoothies as both a treat and a functional beverage. 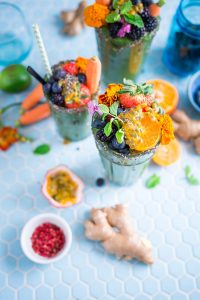 Whether it’s a dietary need or preference, dairy-free is on the rise: Datassential confirms dairy-free mentions on smoothie menus have increased 113% since 2015. Popular dairy alternatives include:

Both smoothies and milkshakes provide rewarding refreshment for consumers, and both allow operators to experiment with flavours and ingredients to create unique, signature offers that can often generate considerable consumer buzz on social media.

Operators should understand that these blended beverages are also subject to many of the consumer demands that are impacting overall food preferences across the industry. These include the increased interest in plant-based and functional ingredients, and in the comforts provided by nostalgia and familiar brands.

Expect to enjoy a hot, creamy, thick Italian hot chocolate that translates into exuberance, warmth and comfort during the cold months of winter. The…