Sebastien Barre’s background is not cooking with fire; it’s putting fires out. Coming from France, and having twenty years of firefighting experience, Barre perhaps would not have been able to foresee running Miam Miam, a food truck dedicated to making fresh, French-inspired sausages. “My children had a hankering for some French sausage, a taste of home,” said Barre. “So I attempted to satisfy their taste buds with homemade sausage, a French baguette, fresh vegetables and a nicely seasoned sauce. From that, the idea of the French Hotdog was born.” Miam Miam comes from the initial reaction Barre’s kids had to his sandwich; ‘Miam Miam papa’ translates to ‘Yummy, dad’ in French.

Barre’s product stems from the idea that food is supposed to be tasty and healthy. “The whole creation is authentic and homemade. Original sausages without any nasty ingredients—just meat, French herbs, and an irresistible French accent.” This combination makes Miam Miam standout, or so Barre believes.

The food truck life is something that Barre has settled in to nicely. Having the food truck has allowed Barre and his partner a chance to diversify their routine, meet new people, and create new tasting experiences. He noted that the food truck experience is better than being stuck in the back of a kitchen, as he loves being in direct contact with the customers. “Through understanding our customers, we get more ideas, and can be more creative.”

Barre said that the food truck process had taught him how to have a diverse workload. “I have learned skills in marketing, accounting, sales, logistics, and of course, cooking and looking for new ideas.”

Settling in Auckland at the end of a worldwide trip, Barre said that for other people looking to get involved in the food truck business, no matter where they are from, it’s about passion. “It’s about believing in what you do and loving the product you sell. Getting up every morning and being proud of what you do is for me, the most important thing.” 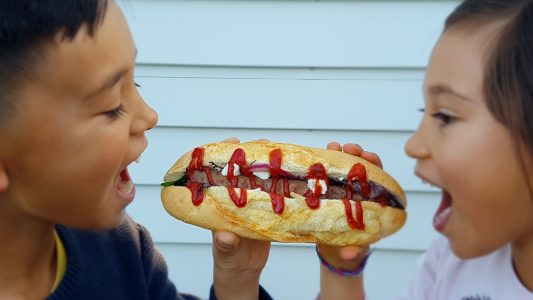 Home.Two Café in Melbourne is curating coffee for change. Not only do 100 percent of their profits go towards helping the homeless and disadvantaged…