Kai Rotorua, formerly the Rotorua Local Food Network officially formed in 2017 but has a history of helping the community for more than a decade. Kai Rotorua is a 100 percent volunteer organisation and an umbrella organisation that encompasses and supports everything related to good food.

Kai Rotorua is not a food bank, instead its volunteers focus on teaching people how to grow food in order to be empowered and to create resilient communities. Projects and activities range from collaborative groups working at a higher strategic and political level (addressing food policy), to neighbourhood groups working out how to plant fruit trees in their street. 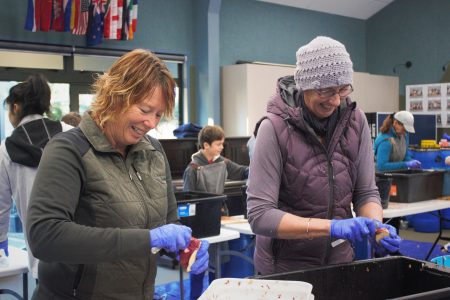 This month, Kaharoa School, who had previously worked with Kai Rotorua to create a kumara garden to teach school children about growing produce, decided to help the local community who have been hurting with income lost due to COVID-19.

Kai Rotorua provided 900kg of locally grown kumara for the soup-a-thon which started at 5am and took all day. 30-40 volunteers and school kids worked hard, peeling and processing kumara for the soup that would be going to families in need. 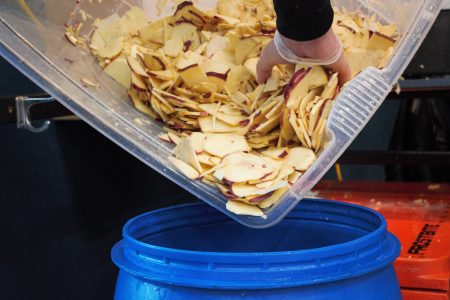 Of course, making that much soup requires a lot of kumara to be cut down to a size that can be easily cooked, for this Kai Rotorua looked to the local business community.

Burns & Ferrall, the innovative heart of hospitality, and their friends at Robot Coute jumped on board to lend Kai Rotorua a processing machine which sliced the almost ton of kumara in a matter of an hour and a half. It was a no-brainer for Burns & Ferrall to lend a hand, the 72-year strong company prides itself on its connection to the community it serves.

“The machine was invaluable, all the support we received from local businesses was invaluable to making this project work,” commented Kiripatea.

Other businesses also helped with everything from providing chillers to aprons. Tip Top, for example, provided 700 2L containers to house the soup. 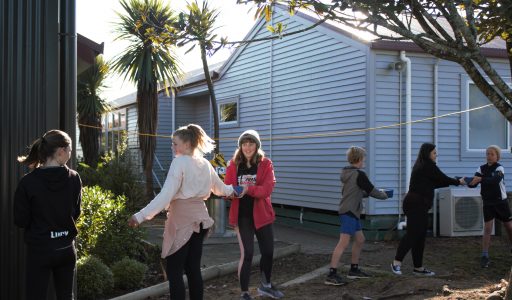 “It’s great to be working together for a common cause,” said Kaharoa School principal Warwick Moyle, who wanted to thank the entire school community and especially Kiripatea for all the hard work.

“He is such a wonderful man; we couldn’t have done this without him.”

All the soup will be given to a number of food providers in the community, including the local food bank to give to those in need.

Steinlager has announced its return as official sponsor and official beer partner of Emirates Team New Zealand’s defence of the 36th America’s Cup, to…