Wellington hospitality legend Peter Norrie has been inducted into the Hospitality New Zealand Hall of Fame. He has played an influential part in the capital’s hospitality scene for 43 years, including starting iconic businesses and serving on industry bodies.

The Hall of Fame is made up of people who have made significant contributions, demonstrated passion and dedication, and are admired and respected by their peers. 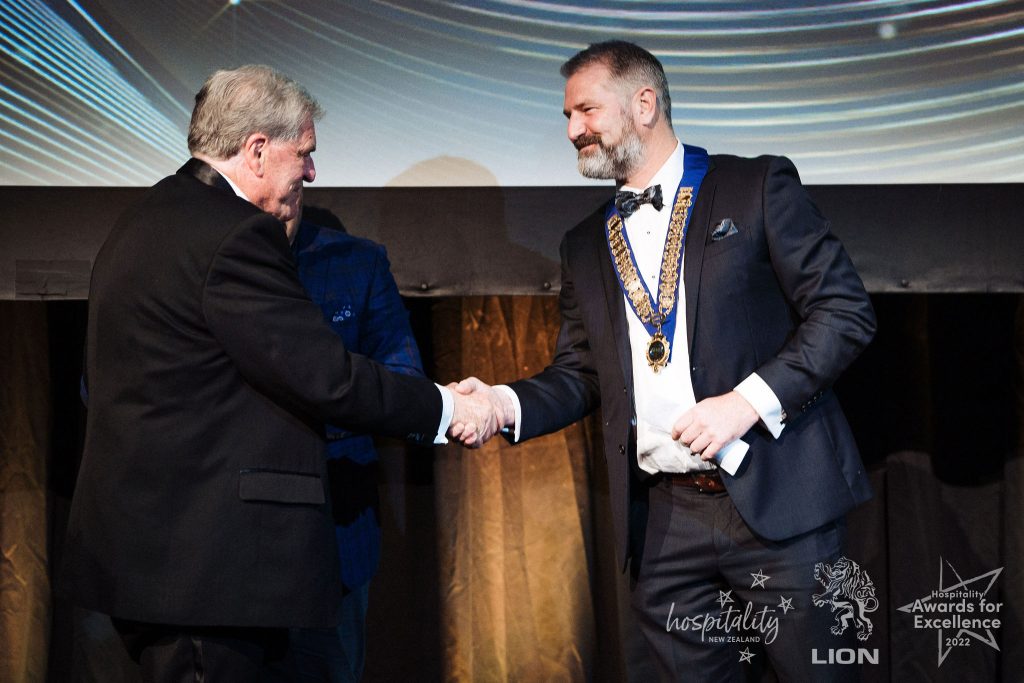 He started in the industry in 1977 when he bought the lease of Wellington’s iconic Clarendon Hotel, on the corner of Taranaki St and Courtenay Place. This followed 13 years in accounting and finance during which time he owned a textile importing company.

He said his investment in the Clarendon made him realise the opportunities that existed in the liquor industry, and so began a storied career.

“Over the next 43 years I purchased, developed, and sold more than 26 individual liquor properties covering all facets of the industry.”

This included developing another Wellington hospitality landmark, the Bond Street Inn, in 1981 – the first new-build by an independent operator in the city for more than 20 years. Peter has also given back to the industry with distinction, serving as Wellington association branch President for three years, Treasurer for 15 years, and as a Board member of the national association from 1998-2008. He was made a Life Member of the Wellington branch in 2002.

One of his greatest achievements was “staying married and capturing a few dollars”. In December he and wife, Pamela, will celebrate “59 years of marital bliss”.

He said he’s delighted to accept the honour of being inducted into the Hall of Fame. 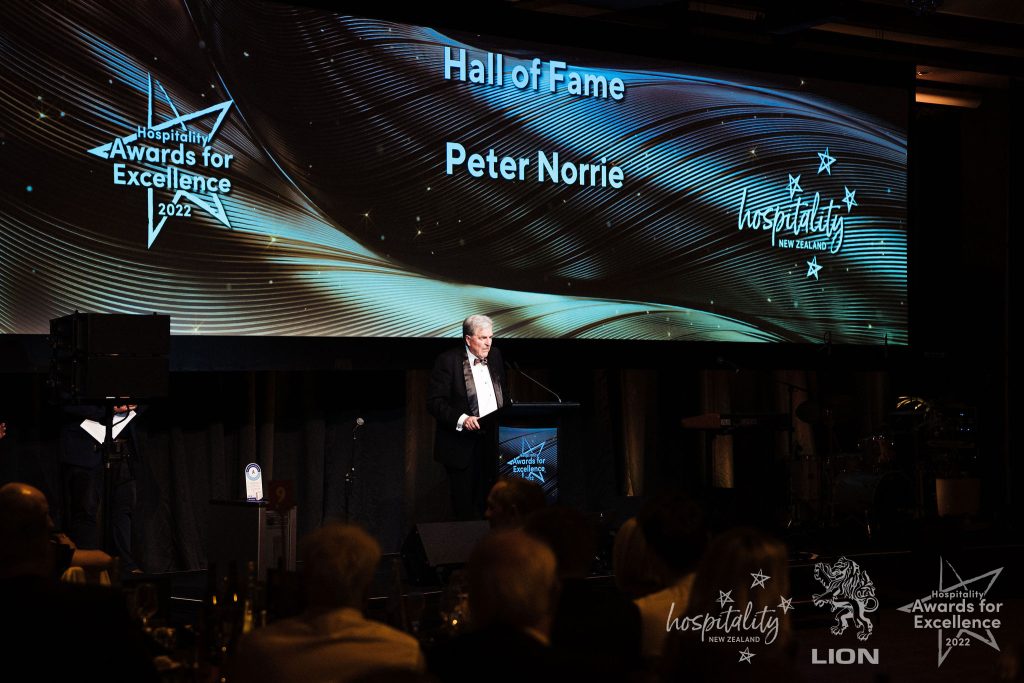 “Hospitality has been in my blood for 43 years and it’s really great to be recognised in this way,” adding that the pandemic has tested everyone in hospitality.

“It’s definitely been incredibly challenging and definitely the toughest time, but innovative operators will succeed by thinking outside the square.”

Innovation played a big part in his life, as is evident from an incident while he was at school at Christchurch Boys High School, which would be a pointer to his later career.

“I perceived an opportunity to sell flagons of beer to thirsty fellow seventh form cricketers from the school tuck shop. I was the young lad in charge of the shop therefore I could access the building in weekends. The naivete of youth, of course – I was always going to get caught.

“The only thing that saved me from being expelled was that the previous year I had been awarded the Board of Governors’ prize for service to the school. The tuck shop had made its largest profit in 35 years!”

Hospitality Chief Executive Julie White noted that Peter is one of the true legends of hospitality.

“Peter has achieved and contributed a huge amount during his career and deserves our top accolade. Without him and others like him, hospitality across New Zealand simply would not be the same welcoming place it is.”

When the country moved to the orange traffic light setting in April, the Government lifted the mask mandate in schools, but Disability Rights Commissioner…