Celebrated South Australian winery Taylors has unveiled its inaugural Family Flagship Release, a collection of the Taylor family’s top wines in its portfolio. The release includes the second vintage release of Taylors pinnacle wine, The Legacy.

The Family Flagship Release is a culmination of decades of work. Across the Clare Valley winery’s 50-year history, they have honed their craft and invested in world-class innovation in the vineyard and winery - becoming one of the most recognised names from the Clare Valley wine region.

“The Clare is a hidden gem of the Australian wine scene – my grandfather knew it all those years ago when he first founded our family winery,” third-generation Winemaker & Managing Director Mitchell Taylor said.

Seven wines make up the collection and represent five vintages, crafted in Taylors signature style with a focus on extremely gentle handling of fruit. Selection and sorting of the material is of the utmost importance to Taylors winemakers to ensure an elegant intensity of flavour.

The red wines in the Family Flagship Release exude the powerful elegance Taylors wines are noted for and have great potential for long-term cellaring. The white wines display the bright, sunny ripeness and concentrated flavour for which the Clare Valley is renowned.

The Legacy 2015, the second vintage release of Taylors pinnacle wine, celebrates the family winery’s founding purpose - to craft a New World wine that could stand tall against the iconic wines of the Old World.

The 2015 vintage’s fruit was exceptional in both yield and quality. Cabernet enjoyed an extended time on vine during this vintage, resulting in a harmony of acid structure and fruit concentration.

The old-world-inspired blend of cabernet sauvignon, merlot and cabernet franc for The Legacy is a masterclass in wine ‘completeness’ by Chief Winemaker Adam Eggins. The components of each work in perfect harmony with the finished blend enveloped in some of the finest French oak barrels available anywhere in the world. 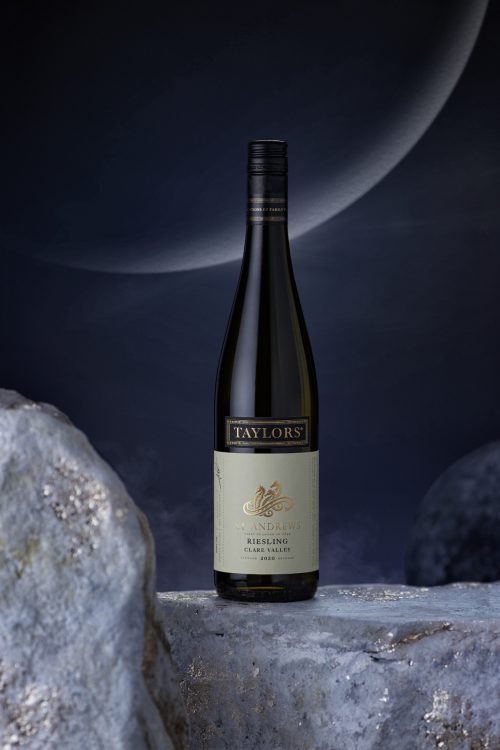 In the lead-up to vintage 2022, the Clare Valley experienced relatively mild and unusually wet conditions throughout January which delayed veraison to around two weeks later than average. Into February, mild conditions prevailed for most of the month, and then it warmed up over the last few days. The mild weather conditions continued into March with comfortably warm days and mild, cool nights along with minimal rainfall, which resulted in near-perfect ripening conditions with little to no disease pressure.

Overall, Taylors winemakers are reporting excellent quality from the vintage.

To protect the delicate flavours of the fruit, the grapes were gently whole-berry pressed, and the juice quickly chilled to just below 10°C, all within roughly 15 minutes of harvest. The wine was then cool fermented in stainless steel vessels, using a neutral yeast strain to preserve the varietal characteristics. 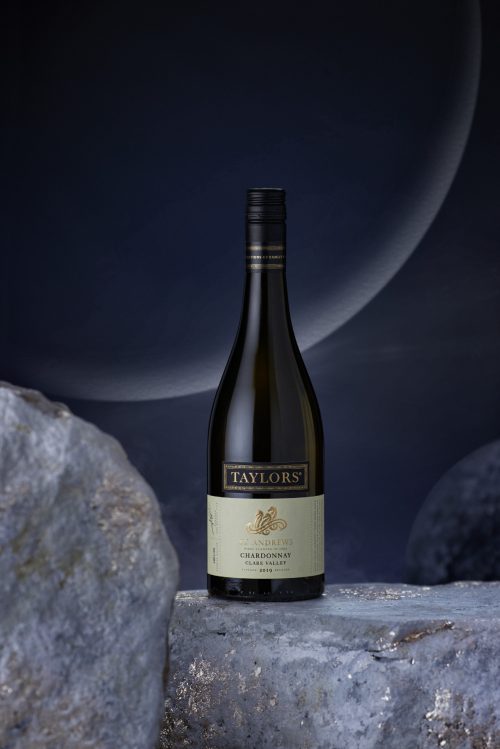 The 2019 vintage resulted in smaller yields by quantity, but of high quality and intensity of flavour and colour. The fruit, sourced from the St Andrews property north of the Taylors winery. The wine was first fermented and then matured for a total of 12 months in high quality French oak (100 percent new) sourced from Louis Latour, a specialist Burgundian supplier. The wine was bottled with minimal fining and filtration.

This wine can be enjoyed now and will also age gracefully over the medium term. 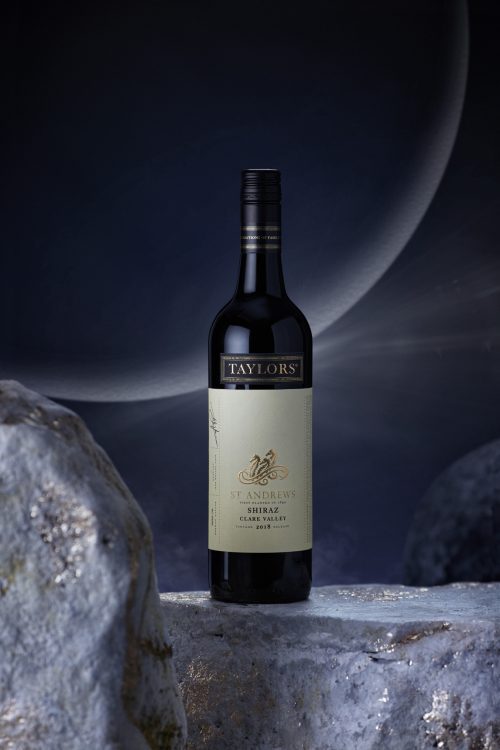 A shiraz that exemplifies the best of Clare Valley winemaking and terroir.

Fruit for the St Andrews Shiraz was harvested in 2018 - a hot and promising vintage that produced deep, terroir-driven reds. All of the fruit for this wine was fermented in headless American oak barrels and left to soak on skins for two weeks.

Post-fermentation, the wine was matured for 18 months in the same high-quality water-bent American oak barrels.

A wine that can be enjoyed now and equally worthy of long-term cellaring. 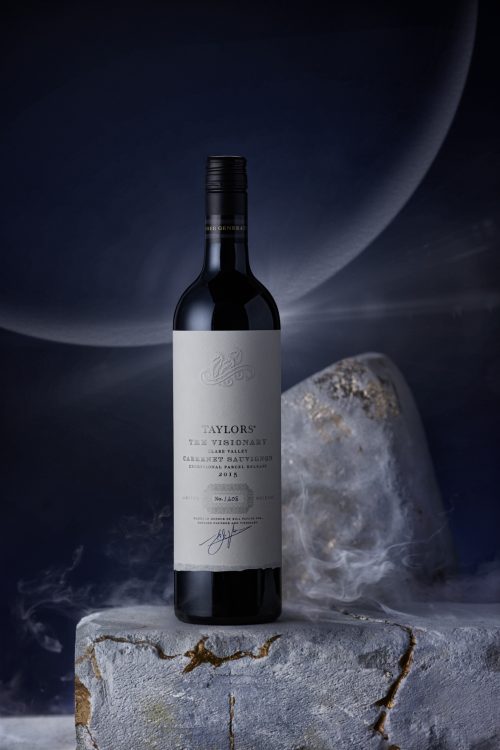 A bold Clare Valley cabernet that stays true to the classic Australian style of rich reds which are intense in flavour and texture.

Crafted to be enjoyed in its youth, it will also age gracefully over the long-term. 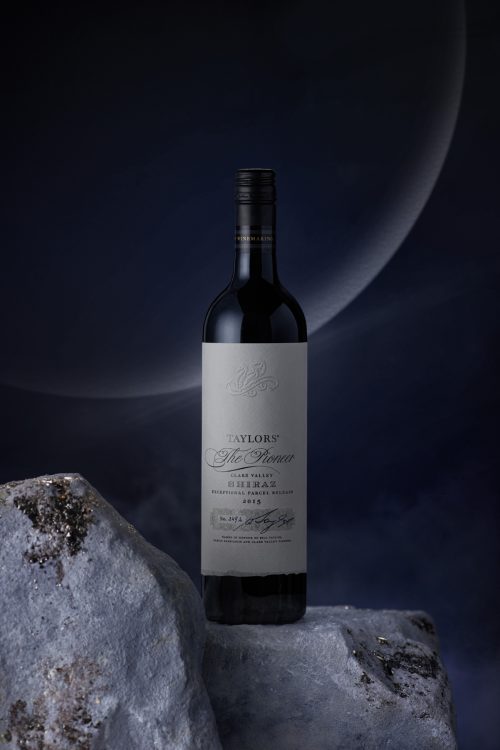 The Pioneer Shiraz is an exceptional Clare Valley shiraz crafted from the finest fruit grown by the Taylor family on their Clare Valley estate. This pinnacle release is a bold step in the Taylor family’s continued journey across generations to craft refined and distinctive shiraz wines that rival the world’s best. The 2015 vintage delivered exceptional yield and high fruit quality.

Following malolactic fermentation, the wine was matured in a selection of fine-grained American and French oak barrels: 75 percent new and the balance in two- and three-year-old Ermitage, AP John and Val de Loire barrels. These barrels were specially selected for their ability to impart power, subtlety and mid-palate generosity to the wine.

This wine is immediately approachable but will develop exceptionally in the cellar for up to 20 years from release.

This pinnacle release cabernet sauvignon is crafted from the finest fruit selection and is entirely estate grown and bottled on the Taylor family estate in the Clare Valley. It delivers poised elegance and depth that reflects its carefully selected provenance, vinification and cellaring.

From the 2015 vintage, the growing season leading up to vintage was mostly dry, with some summer rainfall in January. March was significantly cooler, giving the cabernet extended maturation time for its flavours to harmonise. The fruit was then picked on the 1st of April.

The wine was initially matured in a selection of fine-grained French oak barrels: 50 percent in new oak and the balance in a selection of two- and three-year-old barrels. After 12 months, the winemakers undertook a barrel selection process to identify parcels deemed ‘exceptional’. These were returned to barrel for 12 months further maturation before bottling in August 2018.

Crafted for immediate enjoyment but will develop exceptionally over the long term under ideal conditions. 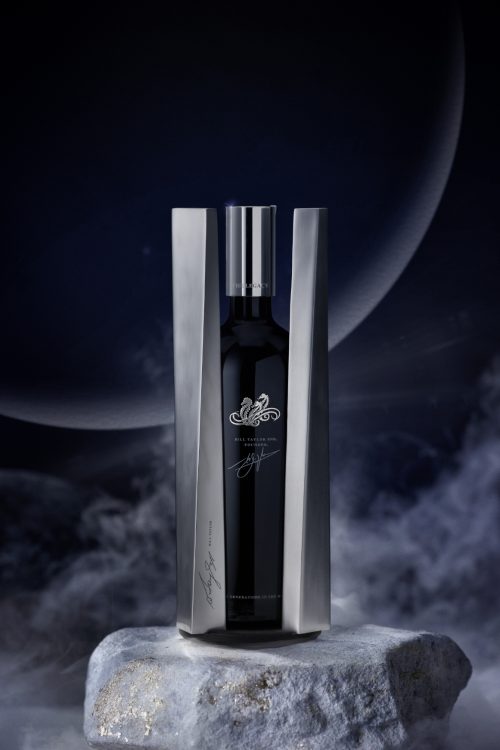 In the Clare Valley, the growing season in the lead-up to vintage 2015 saw slightly higher than average amounts of rainfall initially

and then very little fell, making it the driest August recorded at the estate. The first evidence of budburst appeared in the last week of August, which is relatively normal. Rainfall for spring was well below average. The arid spring led to a relatively mild December and January, with rain falling during the second week of January. The moisture was a welcome relief after such a dry spring. Overall, Taylors’ winemakers report an excellent yield and fruit quality from this vintage.

The crafting of The Legacy could be described as a journey that initially began with the construction of the individual wines that make up the final blend. Firstly, the cabernet sauvignon: most of the blend was sourced from a series of exceptional vineyard blocks on the Taylor family estate, including A70 and E20 from the St Andrews vineyard and the W10 block, an older vineyard located on the Wakefield River flats. Another parcel was sourced from one of Taylors' long-term grower partners in the Coonawarra region. Next the merlot, which was sourced solely from the Taylor family estate. Lastly, a small parcel of cabernet franc from the Coonawarra region was selected for aromatic lift.

After receipt of the fruit into the winery cellars, each parcel was gently de-stemmed and then quickly chilled to 4°C in the must lines before being transferred to stainless steel fermenters and cold-soaked for five days. The majority of the cabernet sauvignon was then transferred to a selection of fine-grained, exceptional-quality French oak. The art of barrel fermentation is a practice that the Taylors winemaking team has been perfecting in the winery for over a decade. The fermenting must is gently mixed using the Taylors gas mixing system – each barrel is afforded individual attention, twice daily. After primary fermentation, malolactic fermentation also takes place in barrel, with the barrels then carefully sealed to allow an extended period of skin contact, which softens the tannin profile and contributes to the sublime texture of the wine.

The wine had a wonderful life in premium French oak barrels, starting with about eight weeks on skins post-fermentation. The heart and soul of The Legacy’s barrel program was maturation in Jean Louis Vicard barrels - a special selection by the cooperage of their finest 36-month-old, fine-grained and lightly toasted barrels. The wine enjoyed 36 months of maturation in a cool, temperature-controlled cellar, allowing the oak to impart powerful savoury characters and textural richness.

Ten years ago, when Cossiga started planning how to best expand its food display business internationally, it quickly became apparent that there was one…