As New Zealand moves away from the days of Lion Red and Waikato Draught being the pinnacle of libation, the cocktail scene is also moving away from garish creations and Tequila Sunrises. Mixology is now an art in itself, the local cocktail competition scene is kicking into high gear, and we’ve identified five things your customers will be demanding from across the bar for the rest of the year. 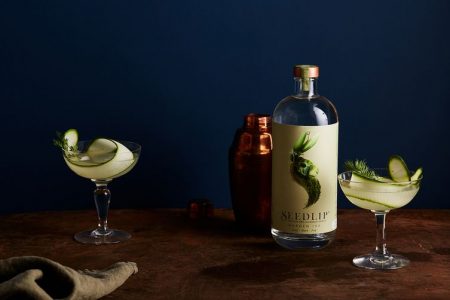 As tastes evolve and healthy eating maintains its reign, consumers are beginning to draw a line between ‘mocktails’ and ‘non-alcoholic cocktails’. The word mocktail comes with connotations of sugary juice concoctions, an afterthought on a menu dedicated to booze. However, several non-alcoholic spirits are making inroads. Seedlip is seeing huge growth in the retail sector so there is clearly a demand for non-alcoholic cocktails – it’s just a matter of time before the bars catch up. 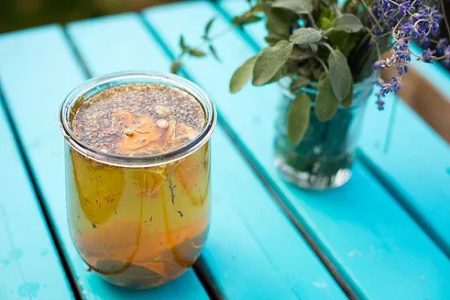 Mixologists often borrow ideas from the kitchen, and foraged ingredients is a popular one. Owners of boutique cocktail joints often have personal gardens from which they source ingredients, or will update the menu in keeping with whatever ingredients they have found that day. No Taste Like Home, a company based in Asheville, North Carolina, gives customers the chance to go out foraging themselves with chefs and mixologists, who will then make a meal out of what was found. There is a degree of one-upmanship in the highly competitive cocktail industry, fuelled by the desire to stand out on social media. There is, however, the risk of going over the top. One bar in London offers cocktails which include:

Another offer cocktails made with obscure and scientific sounding ingredients like nixtamalised blue corn, propolis (a mix of bee saliva and wax), potato syrup and lanolin – the wax secreted by the sebaceous glands of wool-bearing animals, often used as a human skin treatment. 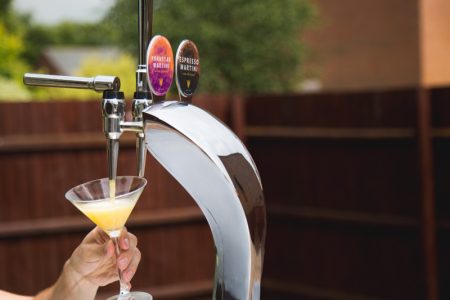 Visitors to Auckland’s Wu & You will see the traditional line of beer taps behind the bar but will also notice two more – one labelled ‘Sake Negroni’ and the other ‘Wu’s Secret Potion’. These two taps serve pre-batched draught cocktails, prepared on site using fresh ingredients but able to be poured with the pull of a tap. Pre-batched draught removes the theatre of cocktail making but sometimes that’s not what customers are after, and during a busy shift the time spent making cocktails the traditional way could result in the departure of impatient customers. Any bar with adequate refrigeration and a draught beer set up can offer draught cocktails, and bars looking to get ahead of the trend should consider trialling now in time for the busy summer season. 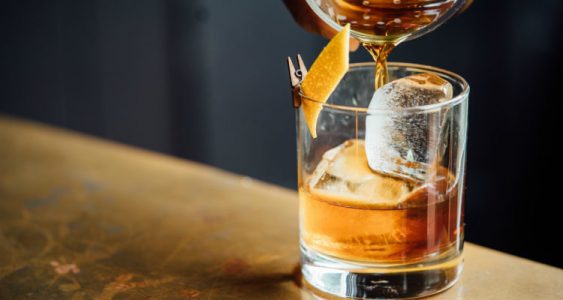 For a time, craft gin rivalled craft beer in the rate of expansion we saw across the country. This boom has slowed somewhat, with customers perhaps getting over their gin crush. A report from Euromonitor showed that gin didn’t even crack the top five most popular spirits in the US. So what will the next boom spirit be? Rum and whisky are said to be the main contenders, with both reporting increased sales supported by an increase in dedicated cocktail bars. Hyperlocal spirits, such as Chinese Baijou and Sochu as well as Japanese sake, are also making waves – MASU at Auckland’s SKYCITY employs a full-time sake sommelier. 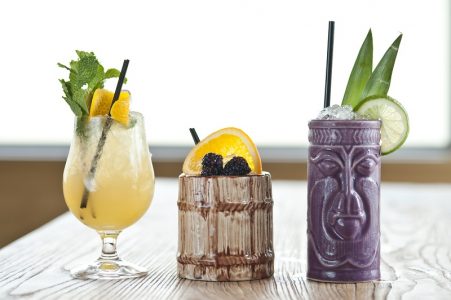 It turns out there is still a place for garish and over-the-top creations, just as long as its done with the right amount of irony and retro-worship. Tiki cocktails and, by extension, tiki bars – a catchall term for anything which purports to be vaguely Polynesian in aesthetic – are reviving the 1960s and throwing modern trends out the window. Sven Kirsten, in his book The Book of Tiki, noted that tiki bars were “the emotional bomb shelter of the Atomic Age,” so it comes as little surprise that in this time of global uncertainty, more and more people are looking both for an extravagant escape from reality and a reminder of the way the world used to be. And, of course, tasty drinks. Permanent tiki bars are being established particularly in the US, but the pop-up tiki bar is taking off in New Zealand. A colourful transformation for one night or one week gives customers a destination outing and an excuse to relax in nostalgia.

The glossy yellow Banana Cone is already revolutionising the way warning messages are displayed overseas and is now available in New Zealand. With the…