David Joll is one of four company directors and the head brewer at New Zealand Sake Brewers Ltd. A self-confessed Japanophile, Joll’s involvement in sake culture goes back to the exchange he went on to Japan during high school some forty years ago. “Since that time my everyday life has been intertwined between New Zealand and Japan,” said Joll. 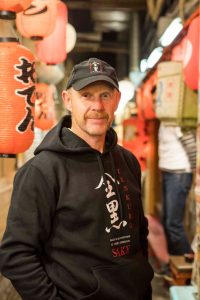 Zenkuro Sake Brewery, New Zealand’s only sake brewery, opened in December of 2015, but the idea had been dormant for years. “In 2014, our founding group of Richard Ryall, Craig McLachlan, Yoshihiro Kawamura, and I, were watching replays of the All Blacks when we realised that we had to be involved with the 2019 Rugby World Cup in some way.” A bold plan was quickly formed to be New Zealand’s first sake producer. The name Zenkuro—zen = all, kuro = black—fell into place one night after a rugby and sake influenced brainstorming session. “Part of the plan was to be exporting our sake to Japan, the home of sake, by the start of the Rugby World Cup 2019, a goal we have managed to achieve with a few months spare.” 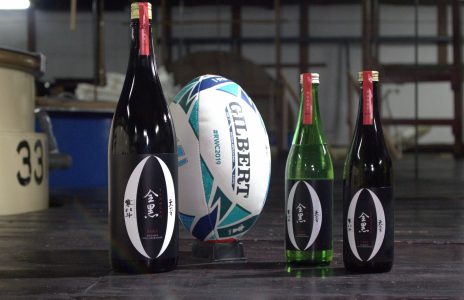 The brewing team consists of Joll as the head brewer (toji), Aki Shimizu as assistant brewer (kashira), and Joll’s wife, Yasuko, as assistant brewer (kurabito) and operations manager. On top of this, Ryall and McLachlan keep an eye on finances and legalities, because as Joll noted, there are a myriad of legalities involved with owning a sake brewery in New Zealand. And lastly, Kawamura keeps Zenkuro connected with opportunities and information in Japan.

Despite the small team and cold temperatures, Joll said that they all have lots of fun. “We cover every small step of sake production including bottling, labelling, distribution, sales, design, marketing, research and education, so there’s never a dull moment.” Zenkuro brews small batches one after another, so there is little downtime for the busy brewery. “We all take turns looking after the batches like they were our new-born babies.”

In comparison to the Japanese sake brewing process, Zenkuro offers something unique. “Almost all the sake available in New Zealand is brewed in Japan by large scale breweries producing millions of litres per year. They use production-like machinery, electronic monitoring, push-button technology, clarifying agents and industry-accepted additives. Brewing tends to take place during the colder winter months and can often be quite uniform. Zenkuro Sake, on the other hand, is brewed in small batches around one-twentieth the size of a standard batch in Japan, but we can brew continuously throughout the year due to our cool, clean, dry southern climate. 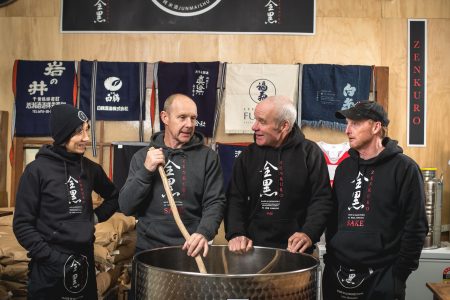 On top of Queenstown’s appropriate climate, the sake brewed at Zenkuro is also defined by the passion of the brewing team. This, along with the soft alpine water sourced from Queenstown, adds another point of difference. “The water’s low mineral content makes it ideal for low temperature, slow, ginjo-style brewing. In combination with the premium-grade sake yeast and sake rice we source from Japan, our water enables us to produce a soft, gentle and easy-to-dink style of sake well suited to food pairing.”

Coming into a new market, the team at Zenkuro had a unique opportunity, their sake could be tailored to a New Zealand palate. Joll and the team worked closely with innovative chefs and restaurants across a wide range of international cuisine styles to make sure that the sake had flavours and profiles that suited the New Zealand market. But sake doesn’t only work with Japanese food. “Sake has a thousand faces, so it can be matched with anyone’s favourite cuisine. One of our goals is to produce a style of sake that is unique to New Zealand, with a flavour range that will support the local ingredients that both home and professional chefs have to work with.” Joll noted that there is still a way to go for New Zealand to accept sake with open arms. Although he has plenty of ideas bubbling away in his head, it’s unlikely that Joll will release them all at once, and instead, they’ll be released piecemeal. “It is our plan to present the many different styles and faces of sake along with the insights into sake culture to New Zealand one after the other as interest in sake and Japanese food and beverage culture steadily spreads around the world.” 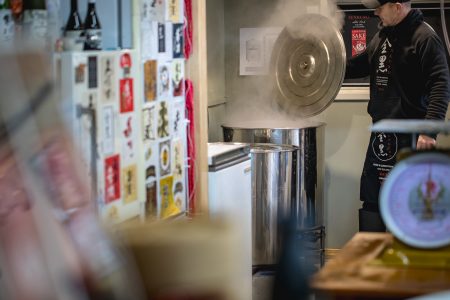 David Joll during the brewing process.

It is evident that this spread of culture is helping in Zenkuro’s business already. In the build-up to the Rugby World Cup later this year, and the Olympics in 2020, both of which are being held in Japan, Zenkuro is positive that they can provide an offering to ride the wave of increased international recognition of Japanese food and beverage culture.  “Last December I brewed some sake at a couple of breweries in Japan. This sake was released under a rugby-themed 2019 Zenkuro Label. This was the first-ever New Zealand x Japan sake brewing collaboration, and as far as we know, the first time any overseas sake brewery has done this. This sake was released in June and is selling well in the lead up to the World Cup.” On top of this, the brand entered two sakes into the London Sake Challenge earlier this year, picking up a gold award for its Plum Sake, and a silver award for their Wakatipu Sleeping Giant Tokubetsu Junmai. And lastly, in an upcoming collaboration event to be held at MASU at SKYCITY, Zenkuro, along with Fumi Nakatani, New Zealand’s leading sake educator and MASU’s restaurant manager, have tailor-made a range of sakes to pair with the cuisine made at MASU, prepared by Nic Watt. “Together we came up with the idea of producing Murokanamagenshu—unfiltered, unpasteurised, undiluted fresh sake—a style of sake that is logistically extremely difficult to supply from Japan, that will match well with the fresh, vibrant and wide range of Japanese food produced by Nic at MASU.” 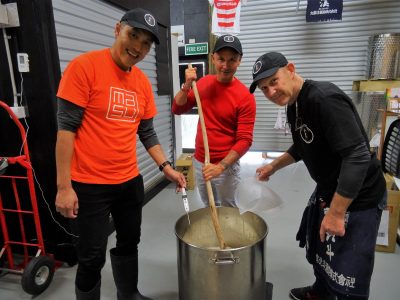 Looking ahead, Joll noted Zenkuro’s early success, and feels as though there is room to grow and develop Zenkuro’s offerings. “We have only just begun, but as New Zealand’s sake producing pioneers we’ve managed to get off to a good start as interest in sake throughout the world is spreading at a phenomenal pace.

Our customer base is increasing by the day so we are confident that the future for our brewery and our staff is very positive. We believe that within a short time sake will be the next meal-time beverage option alongside beer, white wine and red wine, both at home and when eating out.” 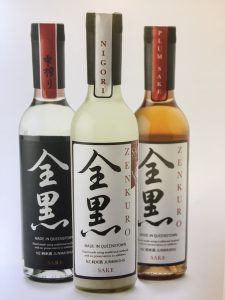 A Wellington café owner who was ordered to pay $9,000 to a worker after a misunderstanding about a trial day has turned to Givealittle…