Following a recent announcement that Clive Weston will retire from Negociants New Zealand on 28th May 2021, after over thirty years, the company has confirmed the following internal promotions.

On Monday 31st May, Andrew Parkinson will be appointed to the position of Managing Director, Negociants New Zealand, incorporating Nautilus Estate of Marlborough. Simultaneously, Dean McHenry will be promoted and take over from Andrew Parkinson as General Manager, Negociants New Zealand (Domestic). While a further announcement will be made with regards to the appointment of a National Sales Manager, to take over from McHenry, the Company is thrilled with both Parkinson's and McHenry's internal promotions.

“Personally, working with such a fine group of talented, enthusiastic, wine wise people, past and present, has been a great honour; we have a good number of long serving individuals in the team,” commented Clive Weston. 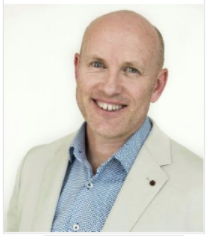 Parkinson worked in the hospitality sector in Auckland and Wellington for many years before joining Negociants New Zealand as Fine Wine Manager, over fifteen years ago. McHenry has been with Negociants for three years and has made a positive impact on the business.

“Increasingly, we have emphasised effective succession planning. It doesn’t always materialise but when it does, it’s very satisfying to be able to promote from within the business. I hope that this provides inspiration for the rest of the team but also for talented individuals contemplating future employer options within the Trade,” continued Weston.

“Combined with the very talented team at Nautilus Estate, led by Clive Jones, our Winemaker for the past 24 vintages and current Chair of New Zealand Winegrowers, with Adam Balasoglou heading up Sales & Marketing, then I sense that NNZ is well placed to face and overcome tomorrow’s vinous challenges – From the grape to the glass.” 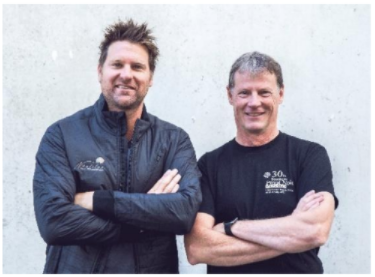 Andrew Parkinson, Managing Director (designate) Negociants New Zealand noted that he first met Clive Weston in the lobby of the Regent Hotel in 1988 and since that day Parkinson has counted him as a leader and innovator in the New Zealand wine and hospitality industries.

“His influence will be long felt in our business and I am assured that sage advice and a glass of Nautilus Pinot Noir is never far away if needed. I count it is a great privilege to take over the reins of this proud, family-owned Fine Wine Company and together with a talented group of colleagues, I see a bright future ahead for the business and our partners in the wine and hospitality sectors.”

Negociants New Zealand is part of the Hill-Smith family’s fine wine business, the oldest in Australasia, founded at Yalumba in the Barossa in 1849. In 2024, Yalumba will celebrate its 175th anniversary under the same family ownership, now in its sixth generation.

Celebrity chef Mario Batali has pleaded not guilty to a charge of indecent assault and battery from 2017. On Friday 24, Batali was arraigned…